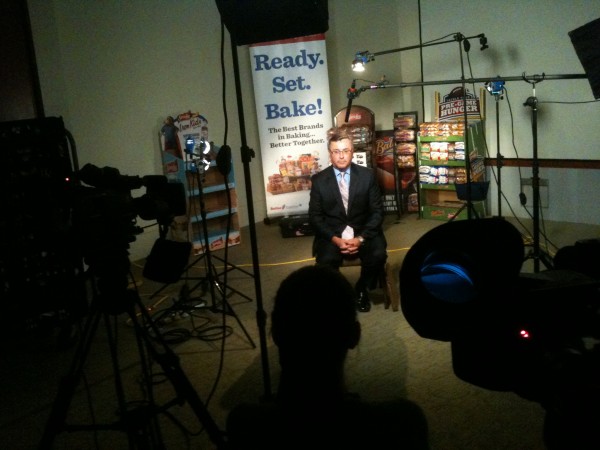 Thanks to Bimbo Bakeries merging with the Sara Lee Bakery Division, I found myself in Chicago.  After two shoots in Philly with Bimbo executives it was time to shoot some interviews with the folks from Sara Lee.

We were provided with a huge conference room at the Sara Lee headquarters.  The producer wanted the interviews to match the ones we shot in Philly.   This made the set up pretty easy.  Again, I shot on two Varicams with a Nano Flash attached to digitize the footage. The entire day went smoothly.  Some of the interviews went quicker than expected which left us wrapping up a few hours early.  Afterwards I transferred all the footage onto a hard drive that I then sent to the editors a day later. 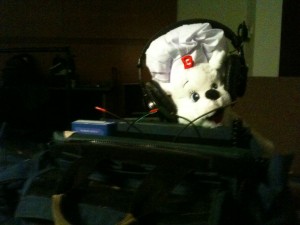 My audio guy was a little "stuffed" that day.