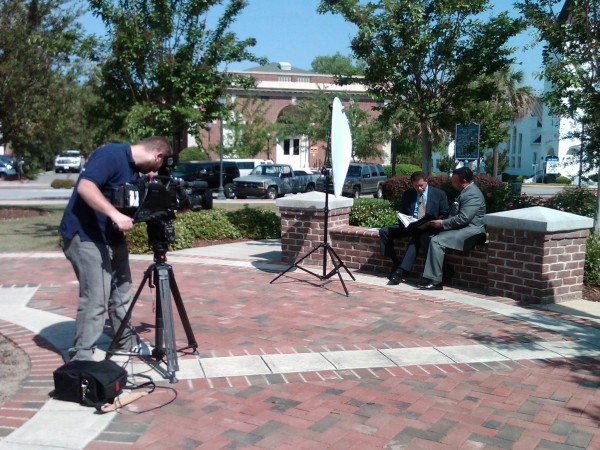 Nashville Crew is Living Beyond the Dream with Fox News

I recently spent three days in Orangeburg, SC with Fox News anchor/producer Kelly Wright.  We were shooting a few segments for his series “Beyond the Dream.”   The series focuses on those who have accomplished great things despite prejudice.  We spent most of our time at Claflin University, a historically black college that was founded in 1869 during the Reconstruction Period following the Civil War.  One of the people we interviewed was Claflin University President Dr. Henry Tisdale.   Aside from shooting a bunch of interviews I also filmed beauty shots of the historic university and stand ups with Mr. Wright.  In the end it was a very busy three days in Orangeburg, SC.