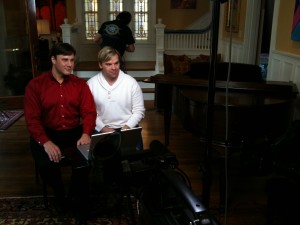 Nashville Crew is Walking in Memphis with HGTV

Nashville cameraman, Roggg Woodruff, ventured out to Memphis via the Music Highway (AKA I-40) for the weekend to shoot for HGTV’s “Bang For Your Buck.”   The Nashville crew was rocking the Sony F900 with an Evertz ECAS HD strapped to the back.  They needed the Evertz ECAS HD so that  a standard def signal could be wirelessly transmitted from the Sony F900 to a monitor their producer was holding.  This setup not only made it easy to move around but allowed the producer to get exactly what she wanted.

After shooting some interviews and neighborhood b-roll the Nashville crew headed to downtown Memphis to shoot some openings with “Bang For Your Buck” host, Monica Pedersen.  Once they finished with Monica they had to really hustle to get scenics since they were loosing precious sunlight.  The wireless video transmitter was once again key here as it allowed Roggg to shoot scenics quickly while not having to worry about being attached by a BNC cord to his producer.  Needless to say the Nashville crew is looking forward to working with HGTV again. 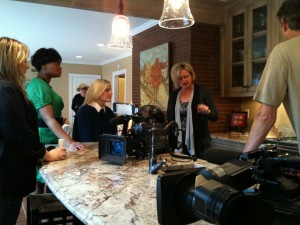