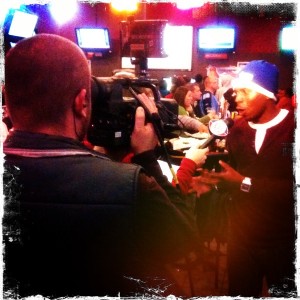 When you combined video games, football, and twins it’s hard not to get excited, lucky for me my latest shoot was all that and more.  I was at a Buffalo Wild Wings in Nashville shooting for some Thursday night football.  The Titans were taking on the Colts so you know it was going to be a great game.  The cool thing was that they set up a Play Station with Madden.  When Titans fans weren’t glued to the game or Play Station, we got some great interviews.

I was rocking the HVX 200, shooting on P2.  When we found ourselves at a good stopping point we started transferring the footage onto our producers hard drive via the Nexto (love that thing).  Once the shoot was done it wasn’t long afterwards that everything was copied over.  We packed up, ate some chicken wings, and then were on our way.  Needless to say I’m looking forward to shooting another one of these in Charlotte next week! 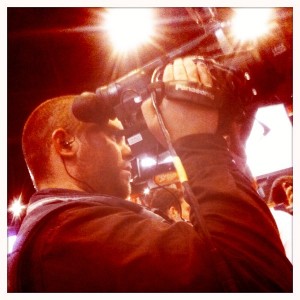