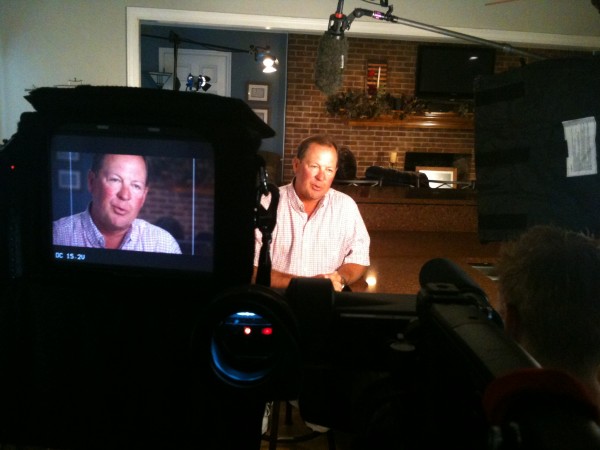 With a Sony F-800 XDcam in hand I headed up to the bluegrass state.  I was shooting for the Golf Channel’s reality show called, “Big Break.”  It was in Lexington, KY that I met up with my trusty audio guy and producer to shoot a profile piece on contestant, Mallory Blackwelder.  The day started with interviewing her parents.  We then did an interview with Mallory.  Afterwards we shot various b-roll of Mallory and her parents playing catch with their two dogs.

The day continued with a stop at a restaurant where she waits tables while not at school.  We then made an unscheduled stop in the middle of no where to get some “Hero” shots of Mallory leaning up against an old farm fence.  In the background were some beautiful horse that really made it clear that this girl was from Kentucky. 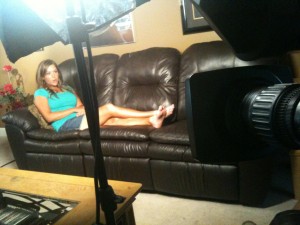 It was then that the funniest thing happened.  One by one, the horses came over to where Mallory was standing and began to sniff her hair.  With the camera rolling and Mallory not knowing what to do, she starting laughing and asked the producer if it was okay to turn around and pet the horses.  The producer smiled and said, “Of course!”  I got some great shots of Mallory interacting with the horses.  I’m sure glad we stopped here!  Our day ended with Mallory playing a few holes of golf and another interview.  We then filmed her saying goodbye to her family at the airport before she hopped a flight off to a golf tournament in Europe.