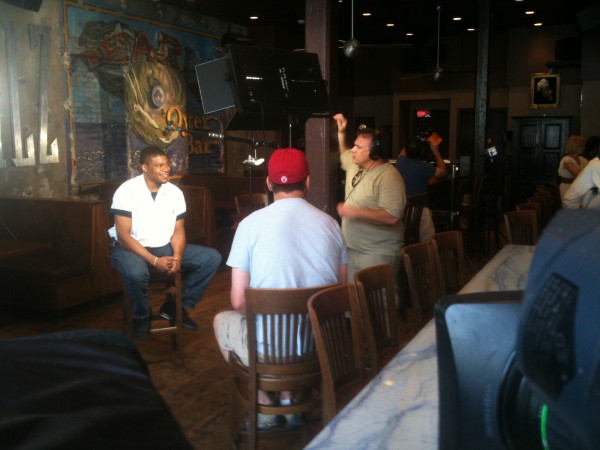 Nashville Crew Kicks It Up with Heat Seekers in Charleston, SC

I traveled down to Charleston, SC recently.  It was there that I worked on a new show called “Heat Seekers.”  Heat Seekers is being produced by High Noon for the Food Network.  Heat Seekers is all about finding dishes with a kick to it!  For three days we shot in various restaurants around the Charleston area. 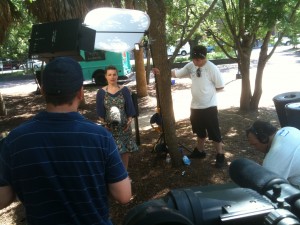 While the High Noon DP was shooting beauty shots of the food with his Cannon 5D, I filmed interviews with those responsible for the spicy dishes.  I shot the interviews on the Panasonic HDX-900.  After we had the interviews and food b-roll out of the way we jam synced our HDX-900’s and filmed the host’s of Heat Seekers, Chef’s Aaron Sanchez and Roger Mooking learning how to make the dishes and interacting with patrons trying the spicy concoctions. 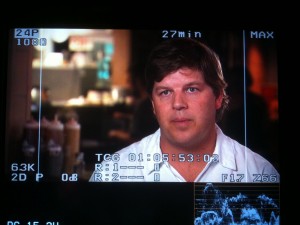 The three day shoot came to a crazy finale when Aaron and Roger faced off in a challenge to see who could eat more of a plate of nacho’s covered with the infamous “Death Relish.”  Needles to say in made for some very entertaining TV.  I’m definitely looking forward to this show hitting the airwaves.