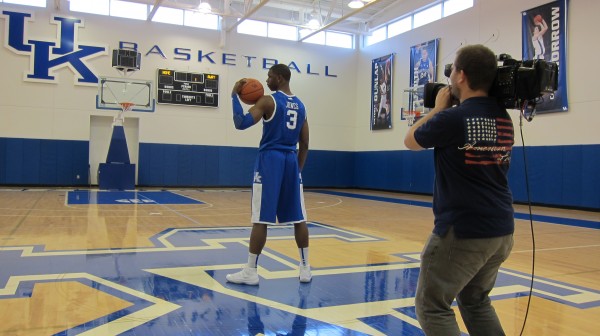 Nashville Crew Goes on the Road with Intersport

Posted 23 May in Dallas Video Camera Crew by Roger Woodruff

With March Madness right around the corner, I had a feeling it was only a matter of time before I found myself on a NCAA basketball shoot.   Before I could say “Jump Shot,” I was heading up to Lexington, KY followed by Memphis, TN for Intersport.

It didn’t take long before I found myself driving through the University of Kentucky.  We unloaded our gear at their practice facility and were taken into a visitor locker room.  I was excited about the location because of the old school wooden lockers and benches.  The producer was looking for a cross between a dramatic and natural look with a light splash of blue in the background.  I think we delivered just that. 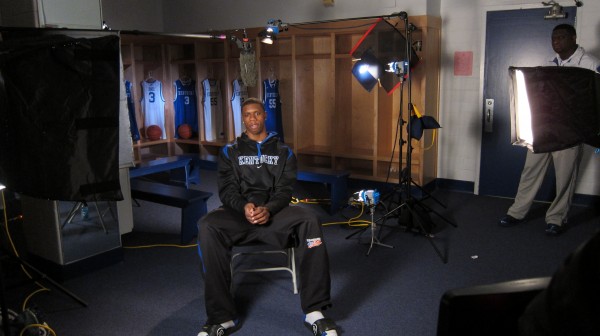 With my HDX-900 ready to roll, Kentucky forward Terrence Jones took a seat.  After the interview we went out to the court and shot footage of him dribbling the ball and looking sharp, then we were on our way back to Nashville! 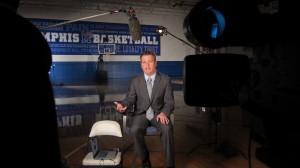 The next morning we ventured off to Memphis to shoot an interview with Gary Parrish of CBS.  The University of Memphis was nice enough to give us access to their practice court for the interview.  I literally used every fixture I had (except for the 1K) to light this gym.  The interview with Mr. Parrish looked and went great.

After the shoot my audio guy told us that we had to try Gus’s Friend Chicken.  Our producer and myself thought that sounded pretty darn good so we made a little detour downtown and had lunch at Gus’s.  I would have to say that some world famous fried chicken was the perfect way to end our two day excursion with Intersport.