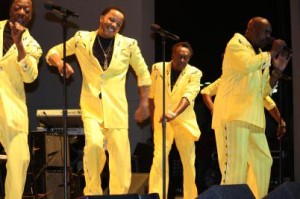 The Spinners - Live at the Ritz Carlton Orlando

Having worked with musical greats like, Aretha Franklin, Aerosmith, Tony Bennett, and Rod Stewart, Orlando DP/Partner Dan Beckmann added another “great” to the list, The Spinners! 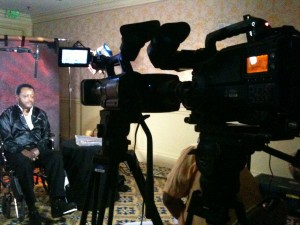 John Edwards of The Spinners talks about his vocals on "Cupid"

Dan spent the entire day with the group, shooting in High Def on the HDX 900.  He also used the Sony V1U for a second interview shot, along with an HD POV Lipstick camera.

Working with Documentary Producer, Belma Johsnon, Audio Operator Mike Rothwell, and AP Trey Jenkins, the crew captured various interviews with the band throughout the day.  Beckmann also shot b-roll of their concert at the Ritz Carlton in Orlando, Florida, later that evening.

Performing their hits such as, One of a Kind Love Affair, Games People Play, The Rubberband Man, Could It Be I’m Falling in Love, and Then Came You, with singer/songwriter, Dionne  Warwick, The Spinners packed the house! 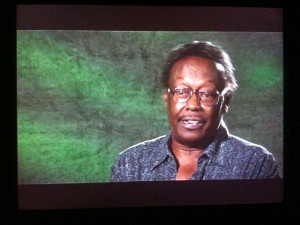 Lead Vocalist, Bobbie Smith, discusses how it all began. 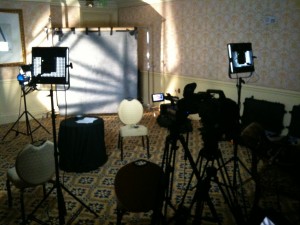