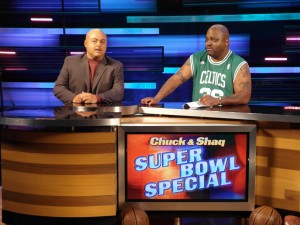 The Biggest Frank’s Picks For Superbowl on Fox Sports

It’s the biggest game of the season, so, of course, Fox needs to make the pre-game’s features the biggest as well.  Every week impersonator Frank Caliendo makes a guest appearance on the NFL On Fox pre-game show where he picks his teams to win that Sunday.  And on Super Bowl Sunday he was joined with two other guests doing their best with impersonations. 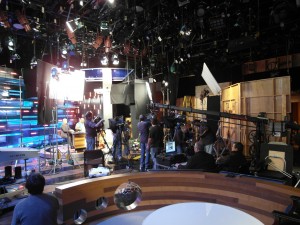 Four Varicams, a jib, a grip and lighting crew, and a lot of gear to shoot the piece.

Aries Spears, playing Shaq, joined Caliendo, playing Charles Barkley, for another “episode” of the Chuck and Shaq show with special guest Terry Bradshaw, played by the real Shaquille O’Neal.  Insert hilarity here.  Go To Team’s DP Skip Clark, now based in Los Angeles, CA, was there with DP John Slagle, also located in Los Angeles, four Varicams, a couple more camera operators, a jib, a grip and lighting crew, and a lot of gear to shoot the piece that aired just before the Super Bowl in Dallas. 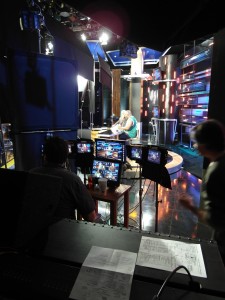 Set of Frank's Picks for Superbowl 45.