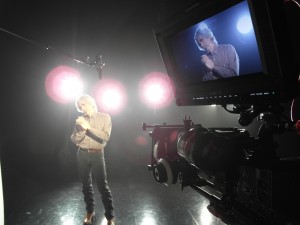 The Pro35 Adapter For The Pros, shooting with Prime Lenses on HD cameras

Sam Elliot On Stage 2B On The Fox Lot

When Go To Team made the investment in a set of Arri Ultra Primes for their new Sony F3, everyone realized that there was potential for those lenses to work on more than just the F3.  The Panasonic Varicam, Sony F900, and Panasonic HDX-900 cameras that Go To Team owns are great cameras for these lenses.  You just have to get them on those cameras!

Enter the P+S Technik Pro35 adapter.  This isn’t just any adapter ring or rig.  It’s the very best there is.  The Pro35 has a PL mount on the front for 35mm lenses and a B4 mount on the back for standard 2/3 inch broadcast cameras.  Between these two mounts is a piece of ground glass that vibrates at a fast rate to create a sort of projection screen for the image from the cinema lenses to appear on.  From there the image is resized for the 2/3 inch CCD found on all our HD cameras.  Perfect – you get the depth you hope for out of cinema lenses but with the convenience of HD broadcast formats.

Go To Team’s Los Angeles based crew, Skip Clark, premiered the Pro35 on a shoot on the Fox lot with actor Sam Elliot while shooting stand-ups for a feature that aired in the Super Bowl.  He then used the new  adapter in Daytona at Fox Sports’ artwork shoot with all the drivers.  He mounted the Pro35 to his Varicam and added the company’s Arri Ultra Primes to add that cinema quality to all of the stand-ups in LA and the garage portraits in Daytona. 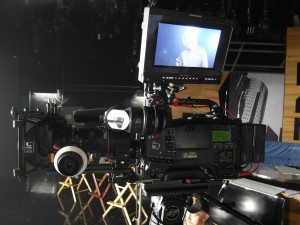 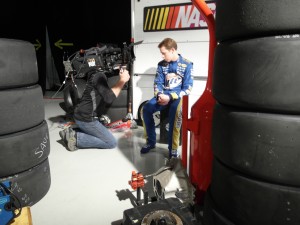 The Pro35 Adapter Working In Daytona