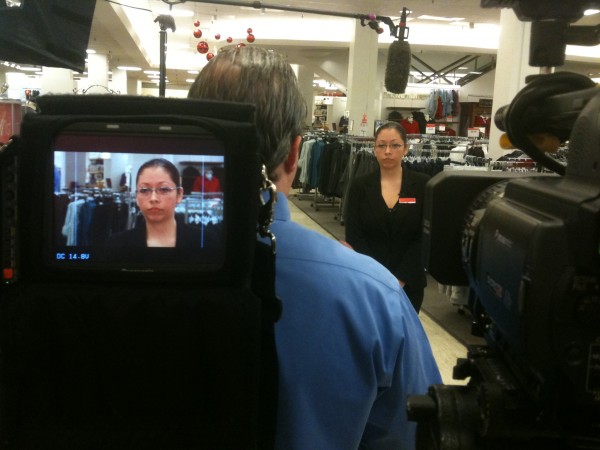 ‘Tis the Season for Shoplifting, Nashville Crew Shoots for Macy’s

So I called my mom up the other day and I told her I had a shoot with Macy’s.  She asked if I was following around Santa Claus or something.  I laughed and explained it was actually about shoplifting.

I traveled down to Atlanta for the day.  I was shooting at the Macy’s in the Greenbriar Mall.  Armed with an HVX 200 and a Nexto I got to work.   Basically I was shooting a piece on a specific shoplifting incident.  We interviewed employees who helped to apprehend the suspect and shot reenactments of the crime.  Throughout the shoot we dumped P2 to the Nexto.  At the end of the day I copied over the footage to the producer’s hard drive and we went our separate ways.