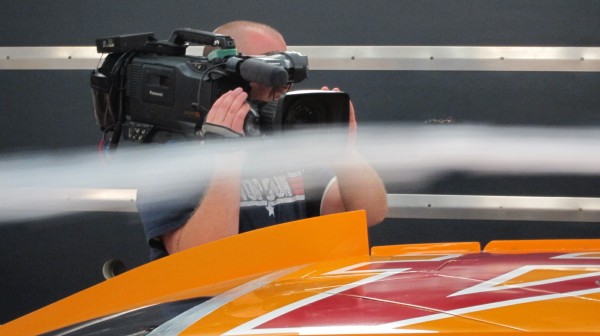 Nashville Crew Works with NASCAR on TNT in a Wind Tunnel 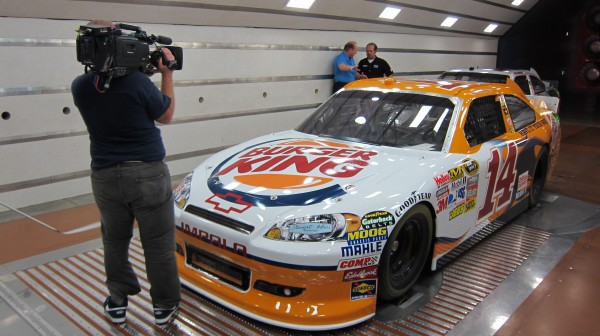 Before this shoot I wasn’t sure what it was like to film with 40mph winds knocking at me.  Now I know, it’s wild!  I was out in Mooresville, NC with NASCAR on TNT at a wind tunnel testing facility.  It was there that I met up with Larry McReynolds and Tony Stewart crew chief, Darian Grubb.  Stewart’s crew was busy gathering aerodynamics and drafting data when we first got there.

One of the challenges of this shoot, besides the high-speed winds, was that we only had an hour to shoot in here before the next team was scheduled to use the facility.  We had to move quickly.  Luckily for me the wind tunnel was not only lit well but looked super cool. Once I was inside the wind tunnel with Larry and Darian they closed it up and let it rip. With 40mph winds gusting by them, Larry and Darian discussed the physics of drafting.

Needles to say, it was kind of hard to hear Darian and Larry with the high speed winds, so as a back up we also shot an interview in the control room.  After the interviews I managed to grab as much b-roll as I could and before we knew it our time was up.  Tune into TNT’s pre-race show when they make it down to Daytona to catch the finished piece! 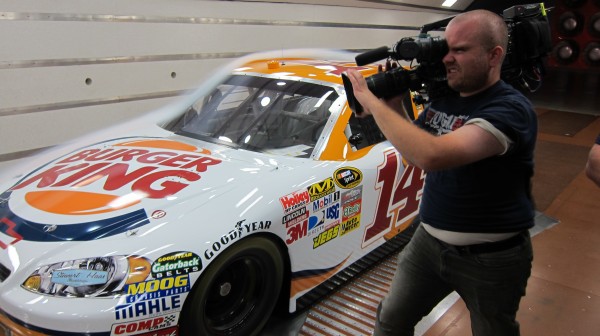