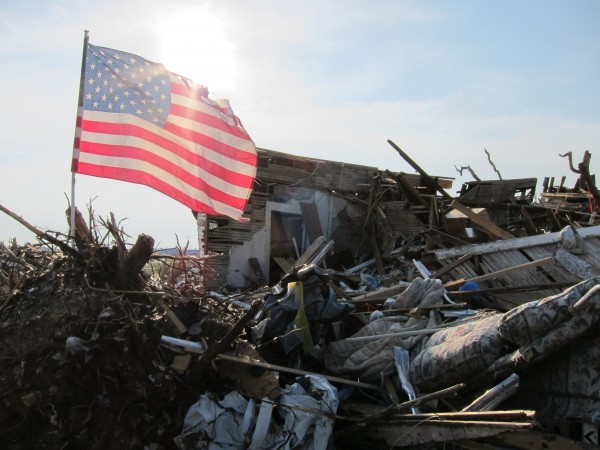 Even after traveling to cover sports for the last seven years, Go To Team’s Skip Clark still finds himself on a news story every once in a while.  When tornadoes devastated the small town of Joplin, MO, in May the country reached out to help out, including NASCAR’s Jamie McMurray.

McMurray was born and raised in Joplin and when the racing circuit made a stop in Kansas he made sure he stopped in his hometown to see the destruction first-hand, and, at the same time, bring even more awareness to the long road ahead for the folks in his hometown.  His trip home included a stop at the now destroyed hospital where the massive tornado made the leap from an EF4 twister to the most powerful on the scale, an EF5. After the hospital he stopped at his old high school and his childhood home; both now destroyed. 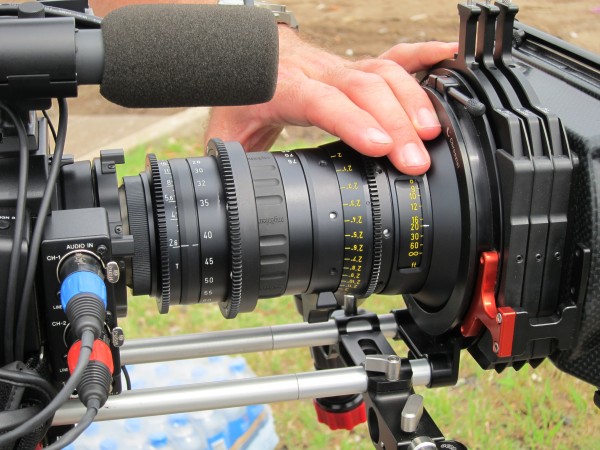 Skip Clark was there working for Fox Sports as they put together a feature around McMurray’s trip home. As Fox has been using Go To Team’s new Sony F3 all season long, Skip wanted to keep the same look for the McMurray feature but the fast-moving ENG style of the shoot was going to make the set of Arri Ultra-Primes a tough choice.  Skip rented Angenieux’s new 28-76 zoom lens for the shoot and it worked out perfectly.  The range of the lens was great for all the run-n-gun portions of the shoot and then the crew could come back after McMurray was on his way to pick up some specialty shots using the Ultra-Primes.