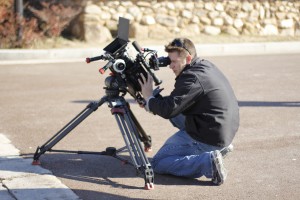 Atlanta’s Director of Photography Heads to Korea for FOX Sports

Atlanta based DP Tom Wells spent some time recently in Korea for a FOX Sports special assignment. Each year FOX Sports spends some time overseas with US troops during the holidays. Past trips for the special have included assignments in Afghanistan and Qatar. This year’s trip took the crew to Seoul, Korea to shoot packages for NFL on FOX, NASCAR on FOX, UFC, and even a live segment that aired during the NFL Saints v Packers game.

The crew also had the amazing experience of traveling to the DMZ, or De-Militarized Zone, at the North Korean/South Korean Border. While there they were actually able to step across the border into North Korea for a minute – under the watchful eye of both North Korean and South Korean guards – in an area usually reserved only for discussions between the two countries. While there they shot a quick segment with Jay Glazer for NFL and another with Jeff Hammond to air at a later date during the coming NASCAR season.

Tom’s camera package included the Sony F3, a set of ARRI Ultra Primes, a Canon HJ 21×7.5 ENG Lens with the HDx35 adaptor, and 2 Nikon Tilt-Shifts with a MTF adaptor for the F3. The 4 foot MYT Works Slider also came along to add some flavor to shots when needed. 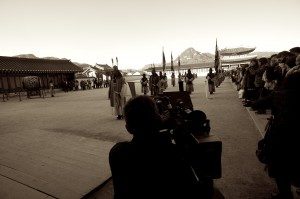