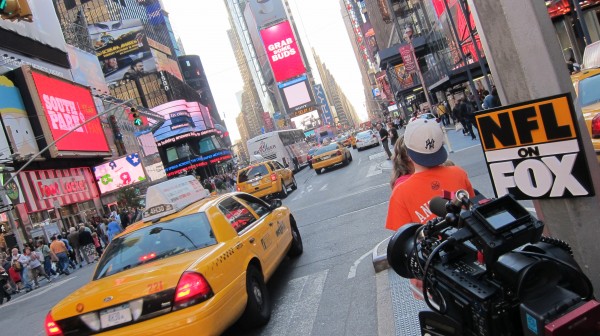 Talk about iconic.  Times Square.  The Brooklyn Bridge.  That’s what New York is all about.  And that’s right where Go To Team’s Skip Clark headed when he was there earlier this NFL season.  Skip’s been traveling almost every week to a different city to shoot beauty shots for the Fox Sports pre-game show.  Equipped with his Sony F3, a complete set of Arri Ultra Primes, and a uniquely rigged telescope tripod head, Skip’s been shooting time lapses that Fox uses for billboard shots and music video.  The telescope tripod head can pan very slowly at a variety of different speeds – taking over an hour to pan just 180 degrees! – and the long pan makes the time lapses more dynamic.  It means a lot of babysitting, but the shots are worth it! 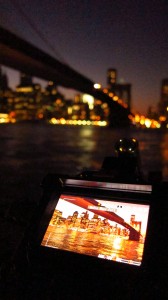