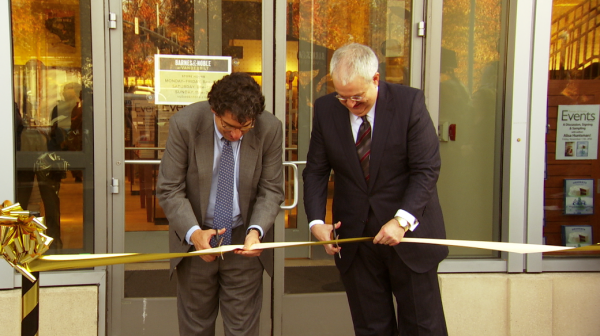 Nashville Crew Hits The Books at Barnes And Noble Opening

Ever since the flood and Borders going out of business Nashville has been in need of book store the whole community could enjoy.  With the grand opening of the Barnes & Noble at Vanderbilt that need was finally met.  I spent the day covering all the festivities of the grand opening. 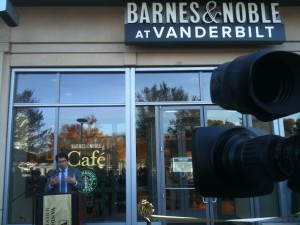 I was shooting on the Panasonic HDX 900 AKA “The Work Horse.” The producer wanted to walk away with digital media so I hooked up a Nano Flash to the camera and we recorded to compact flash cards.  To make life easy we brought along the Nexto as well.  Throughout the day we copied the footage to the Nexto.  At lunch we dragged everything from the Nexto over to the producer’s hard drive.  We did the same thing an hour before we were set to wrap.  The end result was no one had to sit around and wait for data to copy over.

When the day was done we had gotten just about every visual a grand opening has to offer.  We shot a ton of interviews with employees and students.  I covered the ribbon cutting and an author reading.  The best part of the day came at the very end when singer/songwriter, Marshall Chapman performed some songs.  I’m pretty sure it’s mandatory that music play a role in every event held in Nashville.  It’s probably a law or something. 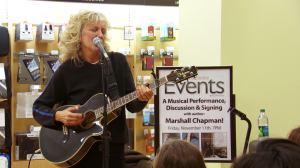 Marshall Chapman rocks out at the new Barnes and Noble bookstore.