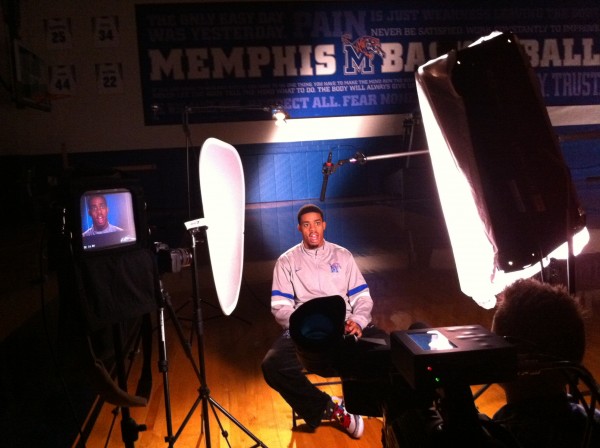 March means basketball shoots with Intersport.  I headed down to Memphis with my trusty HDX 900, a 5D, and a Go Pro.  If you thought working with one camera was fun, shooting with three cameras is even better. 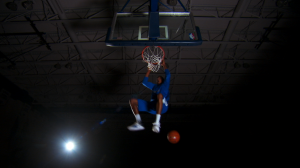 The day started with shooting three interviews at the University of Memphis athletic facility.  I had plenty of space to set up and get the depth you only dream of when you’re stuck in a small conference room.  I used both the HDX 900 and the Canon 5D for the interviews.  After we knocked out the interviews we shot some artsy stuff with the 5D.  Then I re-lit the court for D.J. to get his “dunk on.”  I set up the Nano Flash to over crank the footage, meaning the producer would walk away with D.J. dunking in slow motion.  We also put a Go Pro on D.J. to see what he sees when he dunks.

Once the sun went down we shot some footage of Beale St. with the 5D.  The producer wanted plenty of shots of neon lit signs, street performers, and people.  We then met up with D.J. to shoot some more slow motion footage.  This time I shot him walking down Beale St. with the neon lights hanging over him.  It might have been a long day but the producer walked away with some very cool stuff. 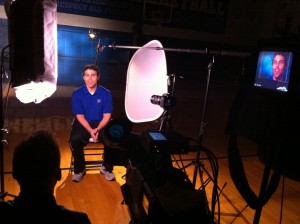 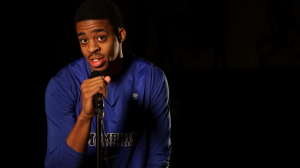