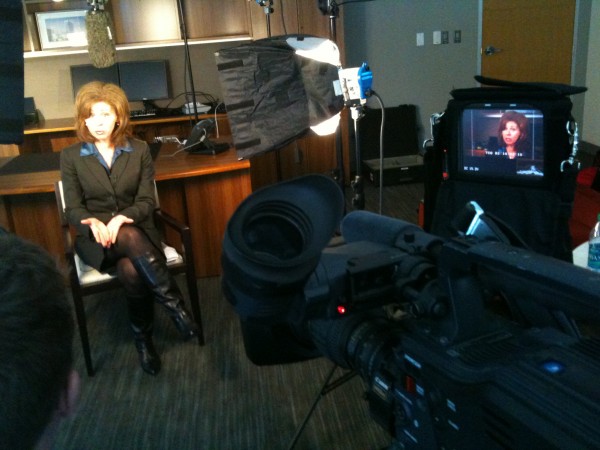 I headed to the Queen City for a shoot with Synaptic Digital.  This was my first time working with them and I have to say I had a great time.  We were shooting a news package on the big banking institutions implementing ATM fees.  Armed with a HDX 900 in hand I started my day by shooting b-roll of ATMs, banking buildings, and bank logos.  Afterwards we got a man on the street reaction to the ATM fees.

The next part of our day was spent setting up for an interview with a banking executive from Ally bank.  Ally bank is one of the only banks that doesn’t charge an ATM fee.  After the interview we filmed some city shots of Charlotte and people using ATMs.

Once we wrapped I dropped my awesome audio guy, Jamie off at his car.  I then took my producer to the airport and wished him a safe trip back to New York.  I look forward to working with Synaptic Digital again!