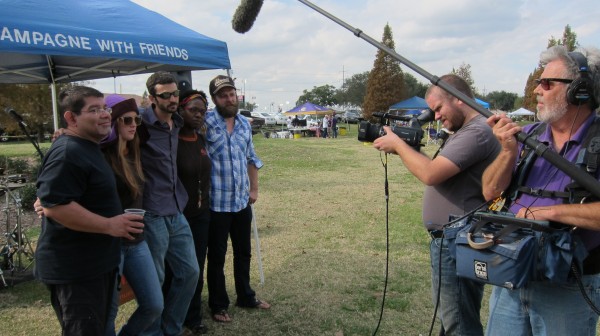 Life as a cameraman can mean working during the holidays.  Last year I spent Christmas with the Weather Channel.  This year I spent Thanksgiving on the road for The Music Initiative.  The best part was that my sister came along for the shoot down in Baton Rouge.  It was nice to be with some family on Turkey Day.

The shoot it’s self was pretty cool too.  Armed with an HVX 200 and a nexto, I spent the day shooting tail-gaters trying Palmetto cheese before the LSU vs. Arkansas game.  Later in the day I shot Thomas Champagne rocking out.  Afterwards I copied the footage over to their hard drive.  Before I knew it my sister and I were on the road back to Nashville.