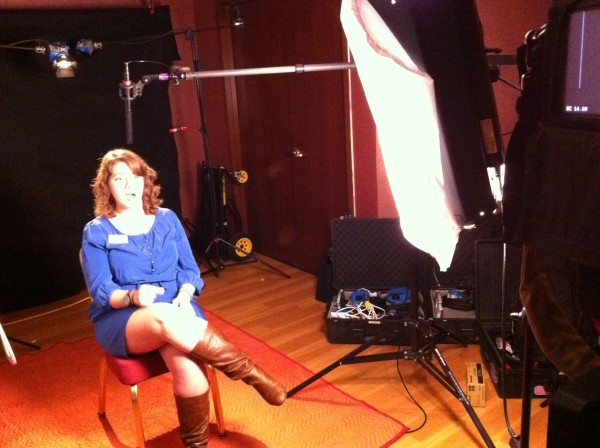 With an HVX 200 in hand I headed up to Washington D.C. for the Phi Sigma Sigma National Leadership Conference.  It’s not everyday I’m working with sorority girls so I figured this will be interesting.  I spent the majority of my time shooting interviews.  I think we ended up shooting about 40 interviews by the time we wrapped. 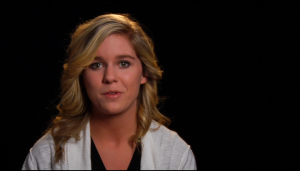 The girls really pop off of the screen with this kind of setup.

Phi Sigma Sigma was looking for a clean look where the focus would be on the girls.  I set up a black backdrop, back light, fill, and used my Keno Flo 400w as the key.   The Keno Flo plus a little bit of diffusion gave the girls a bit of a glow.  I think everyone was very happy with this simple yet clean look.

Because we were shooting so many interviews I really had to be on my game with media management.  Luckily I roll with a Nexto.  The Nexto makes dumping P2 footage a cakewalk.  When we wrapped all I had to do was plug the producer’s hard drive into the Nexto and drag the footage over.

I’d have to say the best part about this shoot was getting to work with one of my best friends from college.  He just happened to be the producer on the shoot.  It was great to catch up and work together.  After a weekend of shooting sorority girl interviews and telling them to touch up their make up I was ready to head back to the Music City. 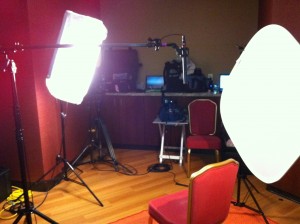 My office for two days. Still beats a cubicle. 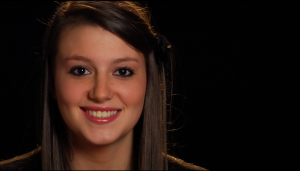