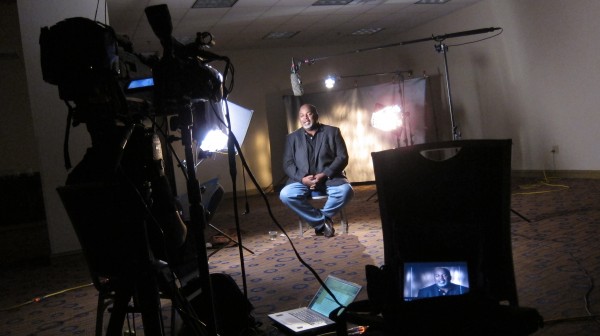 It seemed appropriate for me to make the drive from Nashville to Atlanta for an “Unsung” shoot with 90’s hip-hop group, Arrested Development, considering one of their biggest hits was “Tennessee.”  Armed with a HDX 900 and Z1U I headed to ATL for three days of shooting interviews. 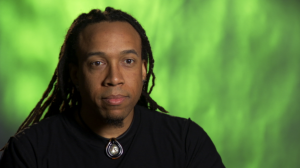 I was really excited to be shooting for “Unsung” again.  It’s such a cool show.  It’s basically a “Behind the Music “ but for groups who VH1 wouldn’t normal put the spotlight on.  For three days we shot interviews with group members, managers, and music journalists.

“Unsung” has a very specific look for their interviews.   They like the background to have a vibrant color with an abstract pattern for some texture.  After my last “Unsung” shoot I went out and got some more gels so I was well stocked for almost twenty interviews.

The HDX 900 was set up to get a medium shot while the Z1U got a close up.  As I’m sure you can imagine, we went through a bunch of tapes!  The nicest thing about the shoot was that because we were in one of those large hotel conference rooms we not only got the depth we needed but were able to lock all of our equipment safely when we finished day one and day two.  I look forward to the next “Unsung” shoot. 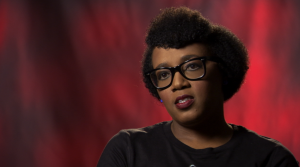