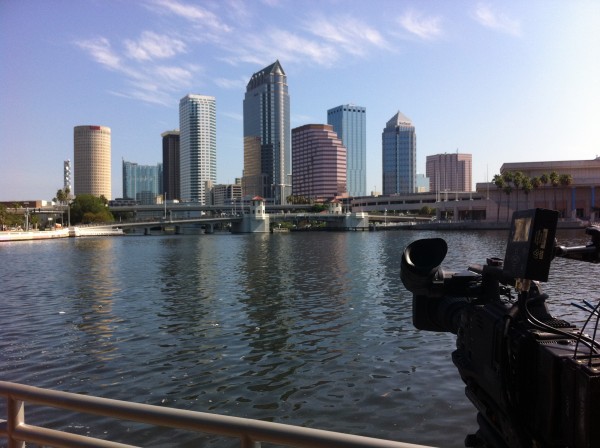 Audio op Graig Goodale and I had a chance to catch up with NASCAR driver Kevin Harvick for a shoot with SPEED Channel this week. Our day began with scenics of the beaches and water ways that surround the Tampa skyline and then it was off to shoot Kevin’s arrival at the airport.

HDX900 capturing a time lapse to the NanoFlash

Once we picked up Kevin, our next stop was MacDill Air Force Base where I got to cover Kevin touring the base, as well as an autograph session with the troops and their families. We ended the afternoon with Kevin at Tropicana Field for the Mets/Rays Game. Once we arrived, we were on the move capturing some establishing shots of the field and some interior broll of Kevin’s interaction with the players as they exchanged autographs. Due to MLB rules we weren’t able to capture Kevin’s tour of the club house, but I was front and center on the field with Mr. Harvick as he threw out the games first pitch.  BTW his pitch carries some heat! 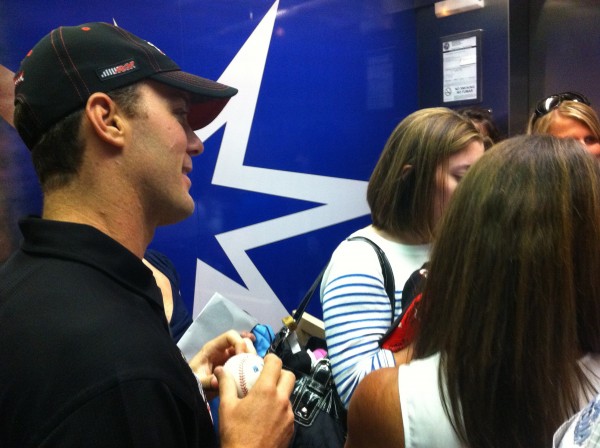 Kevin serving up autographs in the elevator.

It was just as much of a “Media Blitz”  for us as it was for Mr. Harvick. A busy day with many other media outlets following, but no sweat!…We got it done and sent the producer back with some great content for the edit bay!