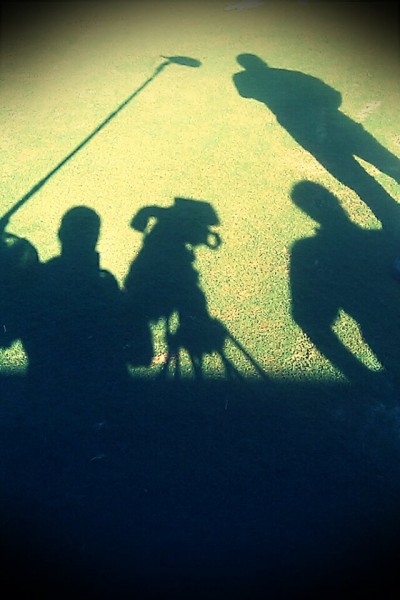 GTT’s Raleigh based cameraman Jimmy Hall recently collaborated with PGA Tour.com where they spent the day at Wake Forest University in Winston – Salem NC with PGA Tour player Bill Haas who had returned to his alma mater for homecoming.  Bill is the third member of his family to play golf at Wake Forest University  following his father, Jay, and Uncle Jerry.  He was a three-time first-team All-American, four-time All-ACC, two-time ACC player-of-the-year, and 2001 ACC rookie-of-the-year.

The Hall crew had a full plate, shooting a couple of stories for the Golf Channel show ‘Inside the PGA TOUR’. Our first stop was at the Wake Forest Golf Facility with Assistant Athletic Director Mike Piscetelli for a quick tour where Wake Forest alum Bill Haas had practiced.  After our tour of the facility we shot scenics of WF campus and later met up with Bill Haas for a sit down interview for the ‘Wake Forest Tradition’ piece.

Check out our work: