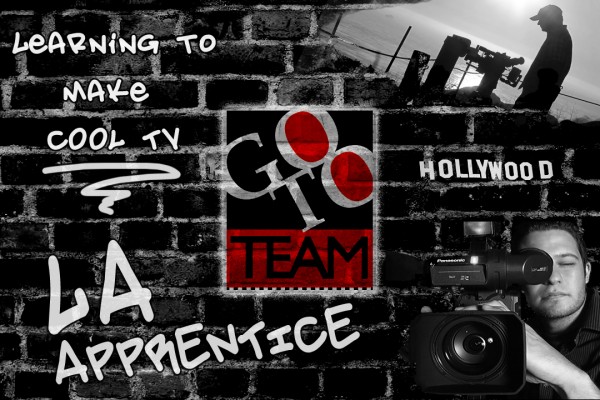 The Go To Team apprenticeship has been quite a journey so far.  The adventure began as I loaded up my belongings and left South Carolina and headed for sunny California.  I was very excited to have the opportunity to learn from the LA crews’ Skip Clark and Dan Lowrey.  My first few days with Skip and Dan were spent learning everything about the newest and best gear.  Hands on training with the Arri Alexa, Sony F3 equipped with Zeiss Ultra Prime lenses, Panasonic HD Varicam and Canon DSLR kits that would make your average news photographers head explode.

I quickly learned that Los Angeles is not just where the celebrities play but also where they work. Every week has been star studded with A-listers like Nicole Sherzinger, Usher, Travis Barker, Tom Arnold, Jimmy Johnson, Terry Bradshaw, Slash, Don Rickles, Frank Caliendo and his a million and one celebrity impersonations… the list goes on.

Our time has not just been spent working out of the FOX Studios in LA.  Skip and I have also been traveling across country to capture art work for Fox Sports’ NFL on FOX pre-game and post-game shows.  We aren’t just shooting immaculate time-lapses and amazing scenery in these headlining cities; we’re also attending the games for specialty footage.  Skip stands out on the sideline when his F3 is armed with an enormous 40X telephoto lens.

As the NFL season comes to a close Skip and I can already smell the gas fumes from NASCAR season in the distance.  The journey continues…