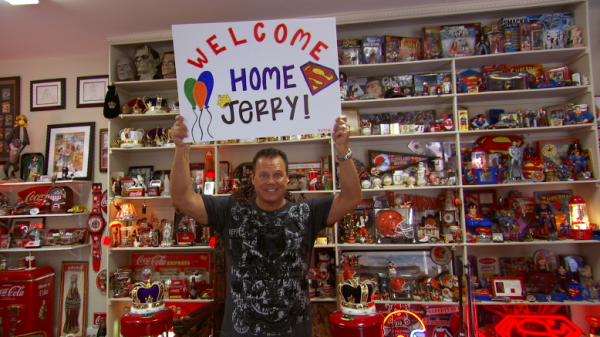 If you thought only one king called Memphis home then you’re clearly forgetting about WWE legend, Jerry “The King” Lawler.  Recently The King had a heart attack during an episode of RAW and was rushed to a hospital.  Luckily he survived and is doing well.  Armed with an HDX 900, I headed down to Memphis to document how The King is doing. 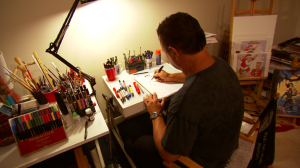 The “King” doing a little sketching.

Originally the plan was to do a “Look Live” interview with The King and someone from RAW via satellite.  However, Mr. McMahon decided that the interview had to be done live during RAW.  Instead we spent a few hours with The King at his home.  We filmed him hanging out with his girlfriend and working on some sketches.  We also shot a ton of get well soon cards.

I have to admit, I was really looking forward to lighting an interview with Jerry Lawler.  However, we still shot some cool stuff.  It was also pretty awesome to hangout with The King.  Can’t wait to see the King back on RAW!