Atlanta and Raleigh Crews Hang with the SEC

So for the past couple of shoots, Jimmy and I have been hitting the road hard with Intersport shooting interviews, b-roll and super slow-mo of a few of the SEC schools.  I was super super excited for this because I got to work on a Sony FS700 shooting in slow motion!  I had never used one before this shoot so I got it a day early and practiced shooting with my girlfriend and dog. Once we got to our first stop – UGA – I was ready.  The day started by helping Jimmy set up some killer interviews.  He shot with the players and coaches while myself and esteemed colleague, Louie, hit the streets and campus for some slow-mo and regular-mo b-roll. We shot some awesome stuff before we headed back to the sports complex to shoot practice.  Practice was definitely a challenge due to the fact that you get 15 mins to shoot everything you need among a massive amount of people on the field.  Luckily we came back for day 2 and already had a good idea of how the practice would go.

The next school we went to was USC where we spent the day with the Gamecocks. The drill was the same as Georgia, but a bit more difficult for the b-roll.  I had a hard time finding signage around town – not to mention it was pouring for a good portion of the day. Once we got to practice, the rain held off so we got to shoot on the field.  This time, we got a lot more time to shoot what we needed to as opposed to the 15 mins from GA.  After we wrapped here, we headed straight to Tennessee through the mountains.  Great drive.

Sometimes I have to ride on top of my truck to get shots.

Once we got to Tennessee, we checked in and got ready to shoot.  I had never been to Knoxville before this, but it turned out to be a good place.  We got some good BBQ down by the river. This shoot was a little different because we did a walk and talk/ tour kind of thing with a few of the players.  I had to go ENG style with the FS700, which wasn’t easy.  We got to shoot their training rooms and practice field, which was integrated into the entire athletic facility.  I got some good slow-mo of the players getting taped and chilling in the hot/cold tubs.  We went to practice and got a lot of great stuff.  I was even feeling nice and let Jimmy take some slow mo stuff while I used his F3. Coach was using a mic and PA system to talk to the team, so whenever one guy messed up, the entire campus knew what he did wrong.

“Want me to pop up like Wolverine? I can do it or he can do it – doesn’t matter we’re both buff.”

This shoot was a blast. I had a great time shooting in slow motion and hanging out with Jimmy and the other guys on the crew.  Got to meet lots of people and probably even scared some who didn’t want to be on camera… oh well. 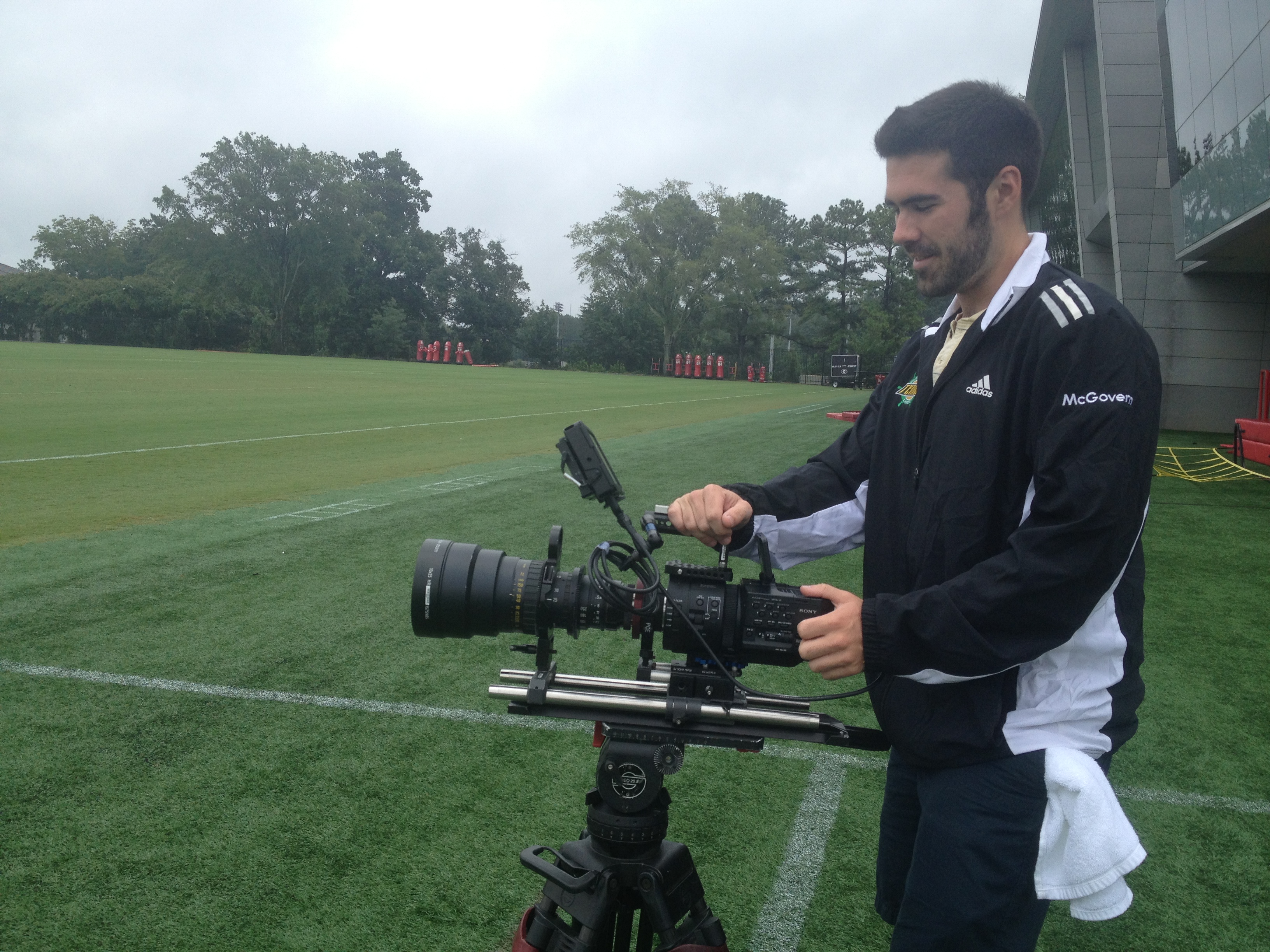 Set up for week 1 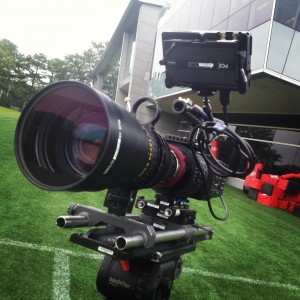 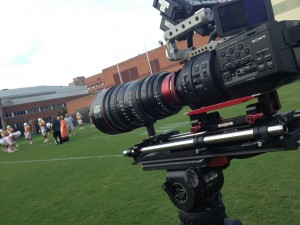 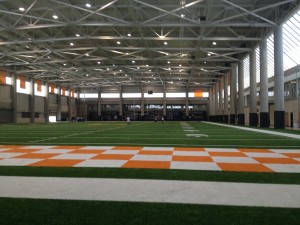