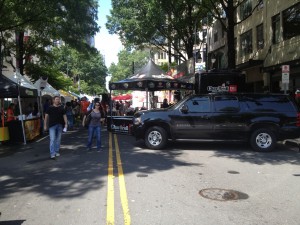 Atlanta Crew Gets A Taste of Charlotte

When I got the news that I was going to be shooting a show involving food, I was super pumped.  One- I like to shoot and, two – I like food. So I popped over to Charlotte (on the way I saved a turtle in the road that was on it’s back) for a dark and early live shot set up.  I was working B cam that day, but, ironically, the A cam guy was also from ATL. Small world right? Anyway, we go there and the entire street was blocked off for the event. Lining the sides were tons and tons of vendor tents – some were food, some were crafts, and some were games for the kids.  We set up shop in front of the CharBroil Grill trailer. WE put up a few HMI’s and cross shot with HDX900’s. Here, our talent and an experienced grill chef cooked some delectable treats up for the viewers at home.  Luckily we had a bit of a drizzle so no one could tell I was drooling over the food.  As soon as the live shot ended, you know the whole crew was eating whatever they just made.  When the shoot was over, I was full, but still managed to carry gear and load up.

Afterwards, I hung out and explored the event, where I ate more, got my beard trimmed and tied a guy in a straight jacket then locked him up in chains (he escaped). I met up with Charlotte DP Ryan Dumville for dinner then headed back to Atlanta.

Did I have the most baller spot there? Yup. 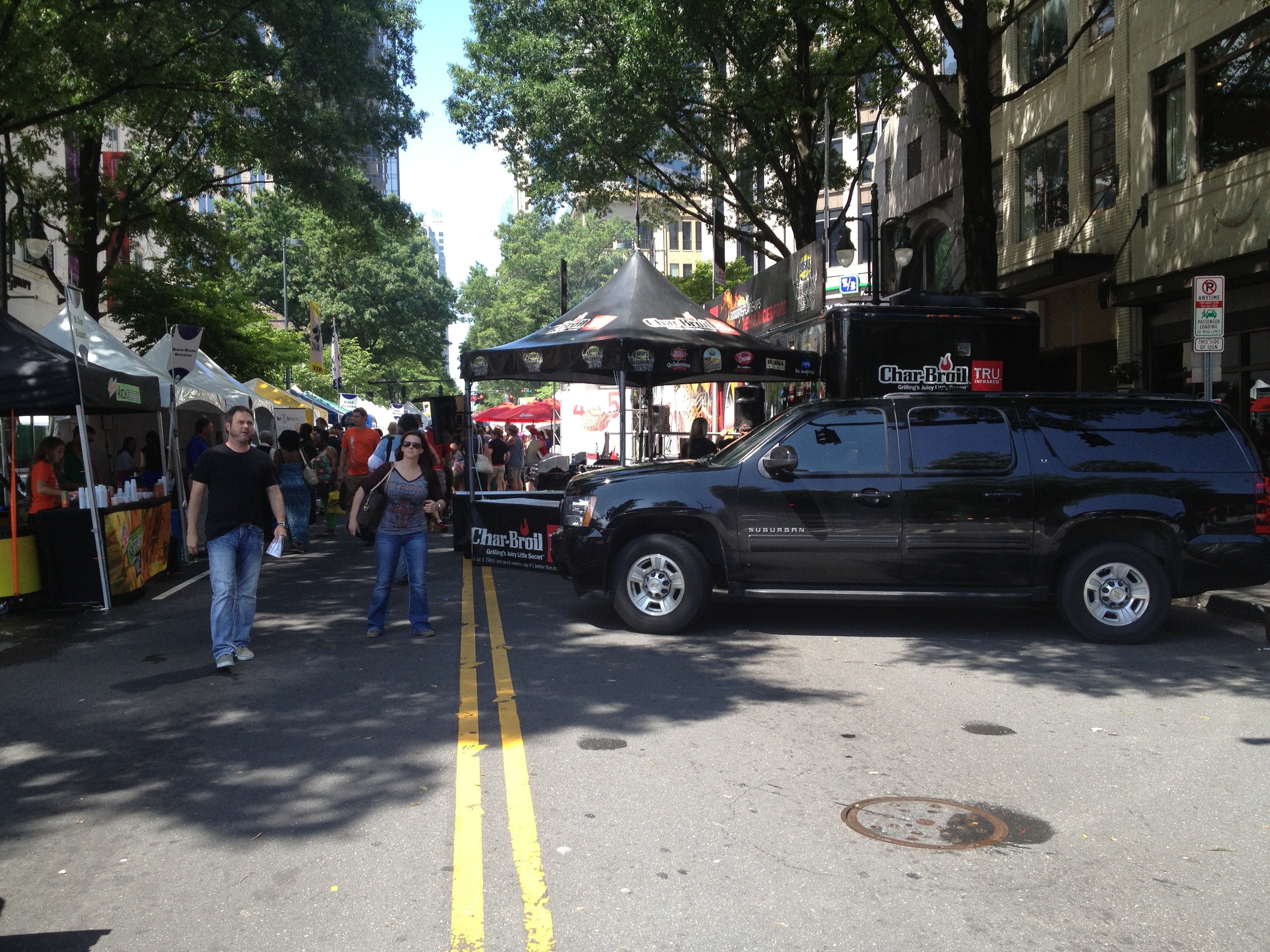 My job was so hard that day I HAD to eat this. 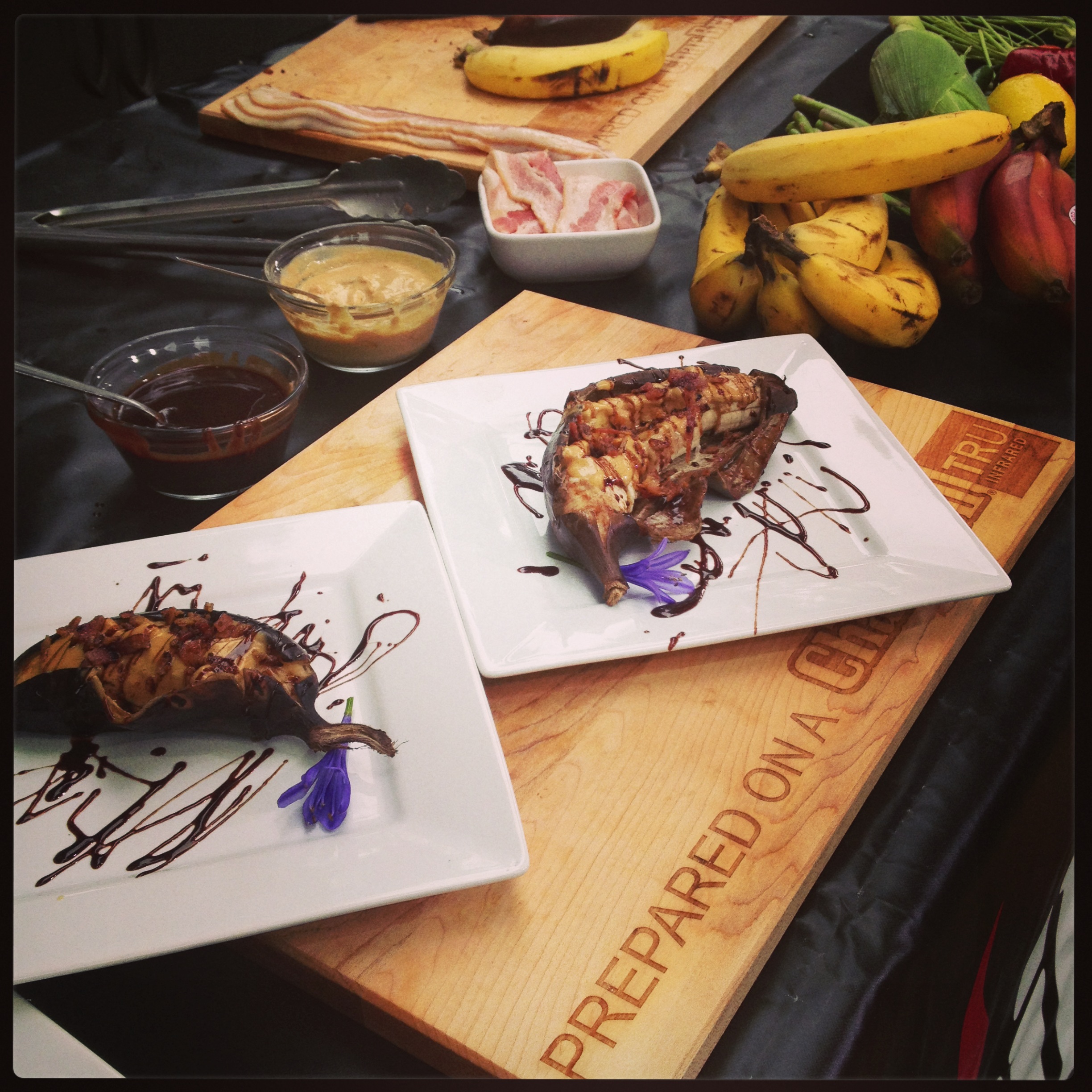