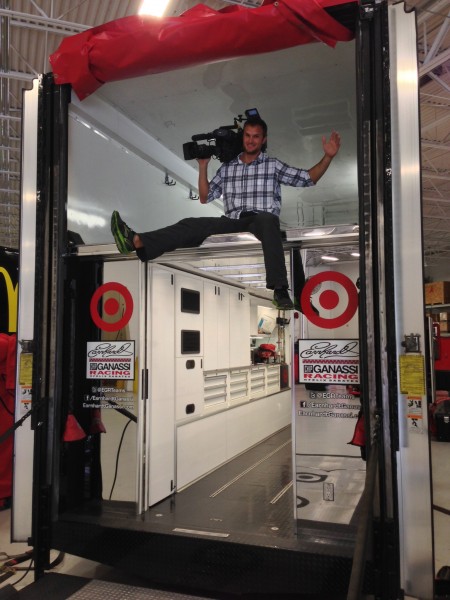 Charlotte Shoots with TNT for NASCAR

The thing I love most about my job is the variety of content I get to cover in any given week. Joel Hinrichs and I teamed up with TNT’s All Access for NASCAR summer series last month for a few days here in CLT, checkit!

It was an early monday morning as we arrived at Earnhardt-Ganassi Racing. The hauler had just arrived from Michigan and the shop was already buzzing as the #42 team they prepped for Sonoma. Joel and I spent the morning catching as much Broll and sound bites of the crew as possible. TNT really likes to let the story to pop with good nat sound and ambience of the shop so we got plenty of that. 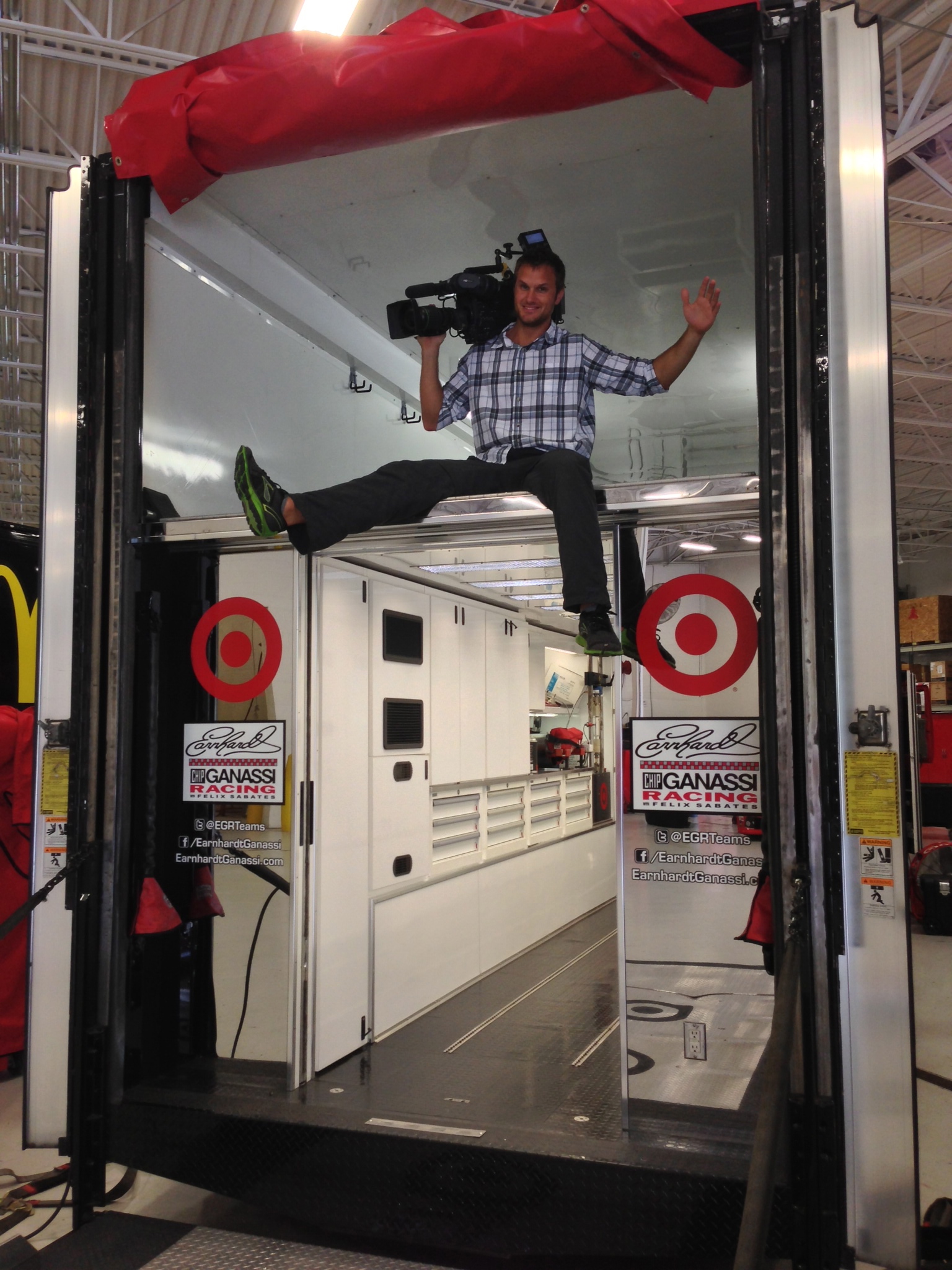 We had a pretty action packed day as we scrambled to shoot everything we could. We had GoPros mounted everywhere, DSLR’s shooting timelapses, and the HDX-900 gunning to catch all the action. It was pretty amazing to see all of the moving parts of a professional racing team in action. The day finished with the hauler being loaded and a last minute inventory being taken.  It wasn’t all hustle and bustle though, the crew has a daily corn hole match so we got to eat lunch with the team and play a few rounds with the crew. What’s cooler than that!? 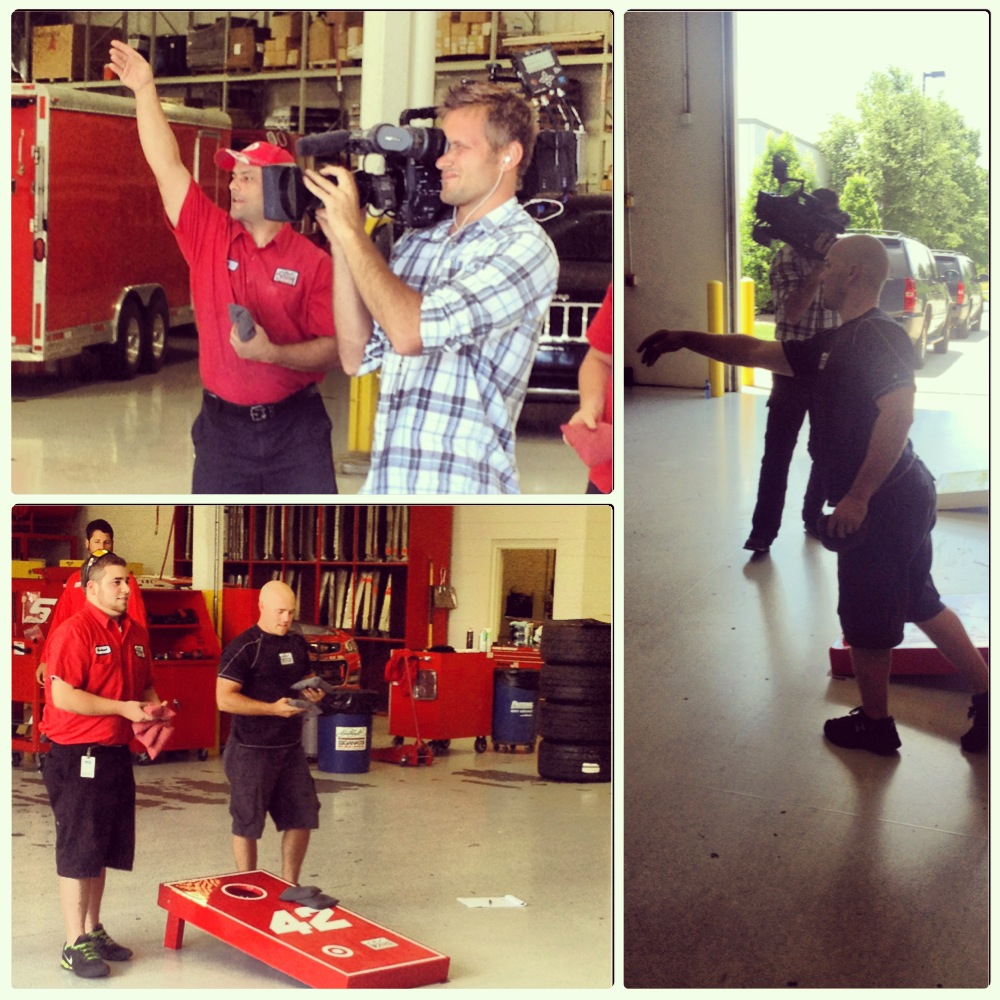 We followed up again on tuesday with the team attending pit crew meetings and watching film of their pit stops, this was actually pretty impressive to watch because it really is all about speed in the pits. We’re talking fractions of seconds that add up to be crucial throughout the duration of a race, who knew?

After the meeting we met the crew outside for pit practice, This was by far my favorite thing to shoot. Again, lots action and cool angles with the GoPros. Joel even volunteered his services and jumped in a car with a DSLR to grab some pretty epic (driver POV) type shots.

This was a joint effort with Dave, Roger, Joel and I so definitely check it out here! What a blast, until next year summer series!