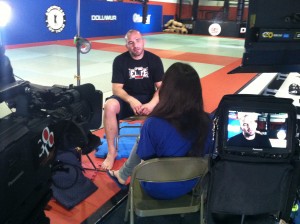 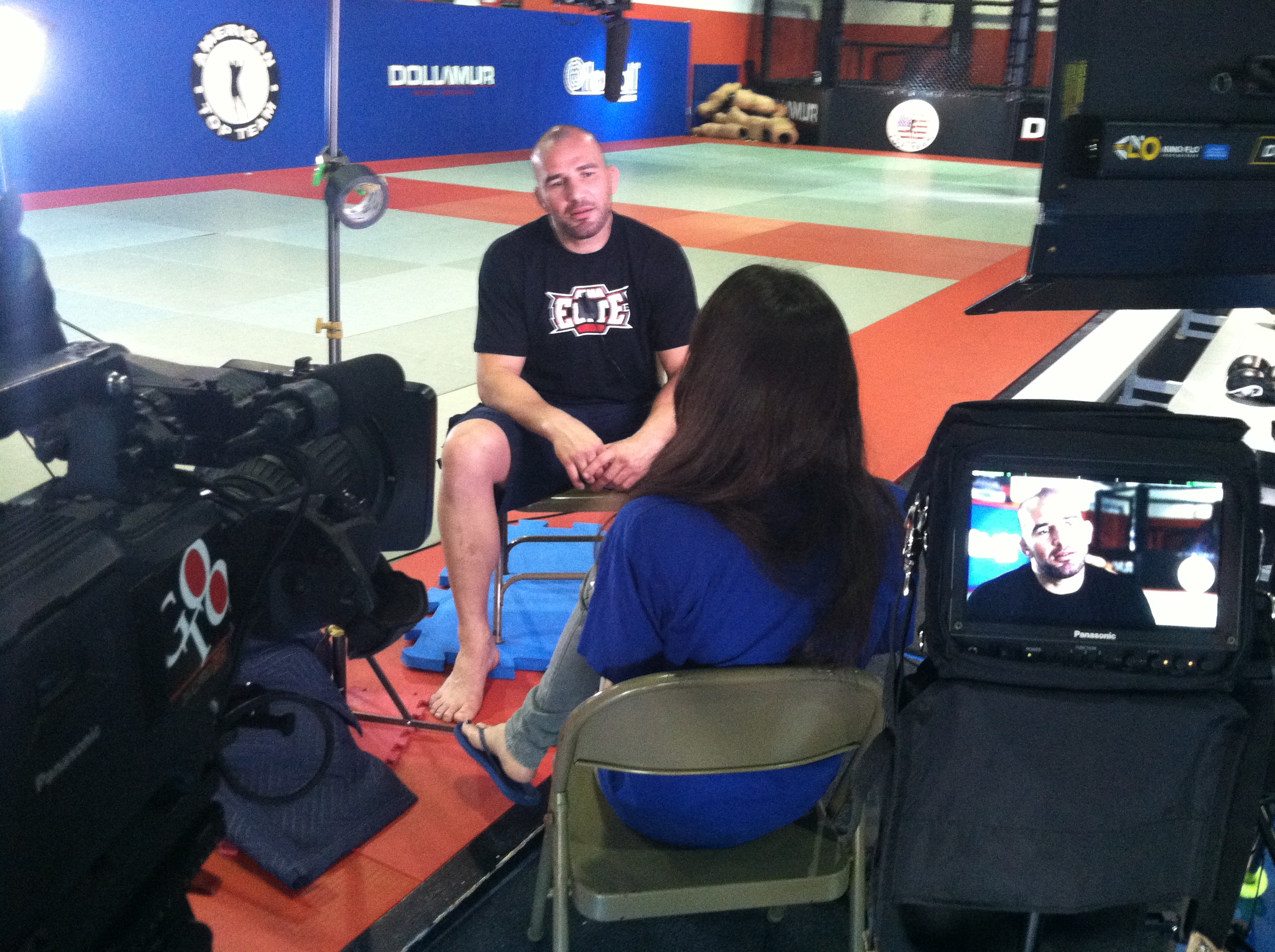 When I heard I was headed to Boca Raton for UFC I was extremely excited.  Spring has not yet hit the Chicago area, so I was looking forward to getting closer to the equator and thawing out my gear.  I packed up my flip-flops, shorts, HDX 900 and oh about 11 Pelican cases and flew like a bird down to the Sunshine State.  Boca Raton, if you have never been, is a retirement haven.  Beautiful beaches, high-end shopping and some of the best UFC training facilities on the east coast.  I spent three days following some of the UFC’s best fighters, Rashad Evans, Antonio “Bigfoot” Silva and Glover Teixeira, as they prepared for their upcoming fights.  For this shoot, I got to flex my creative muscles because the look itself was to be very stylized.  I created a cooler, blue tint look to my footage by using the overhead incandescent lights in the gyms along with my 400 W daylight balanced HMIs with a white balance of 4300K on my camera to achieve this effect.  After I shot the training camps it was on to the interviews.  I used the same look but made the image slightly warmer by bumping up to a 4600K white balance.   I then moved on to shooting hero shots of each fighter at 60 fps so they could slow down the footage in post, all previous footage was shot at 24 fps.  For this I used the same style of lighting as my b-roll but incorporated my MYT slider for that added motion to the images.  I am a man of intense action and these fighters did not disappoint.  Awesome shoot + awesome crew + awesome action = great shoot for GTT. 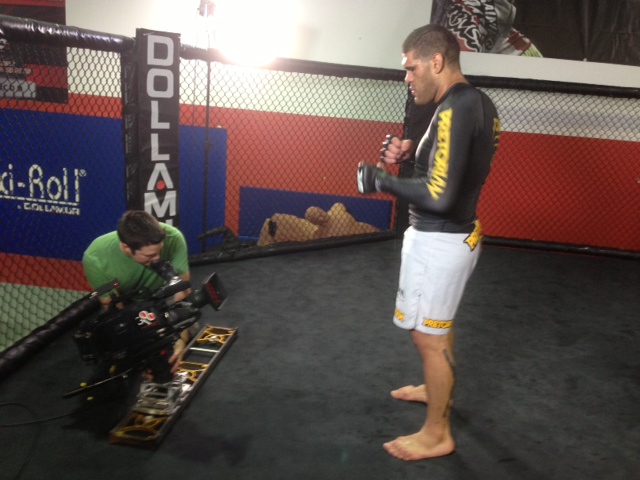 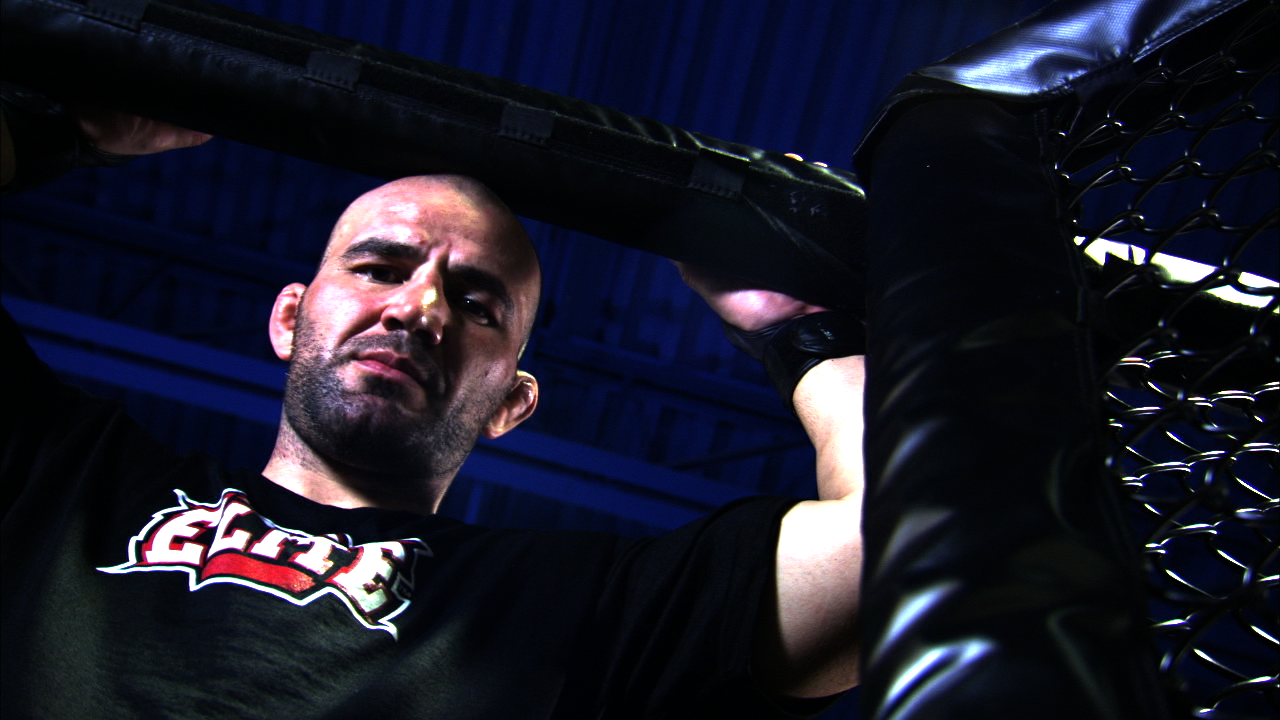 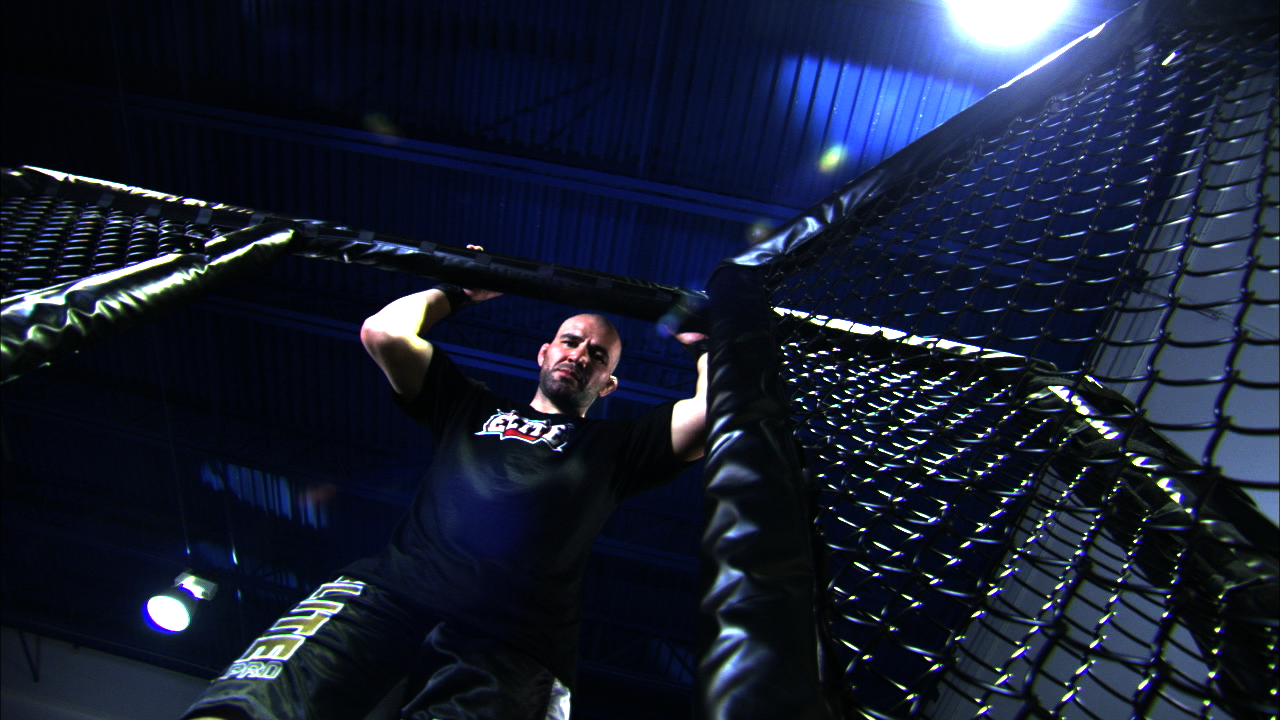