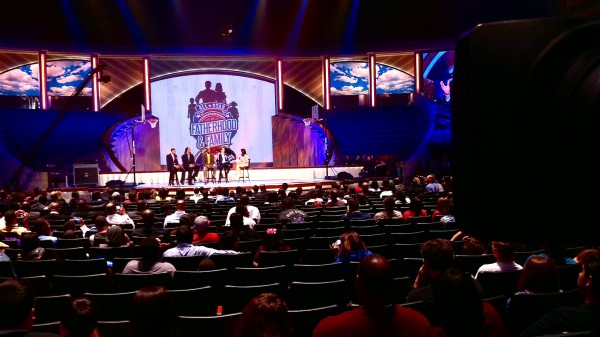 Dallas Crew Heads to Houston for the NBA All-Star Game 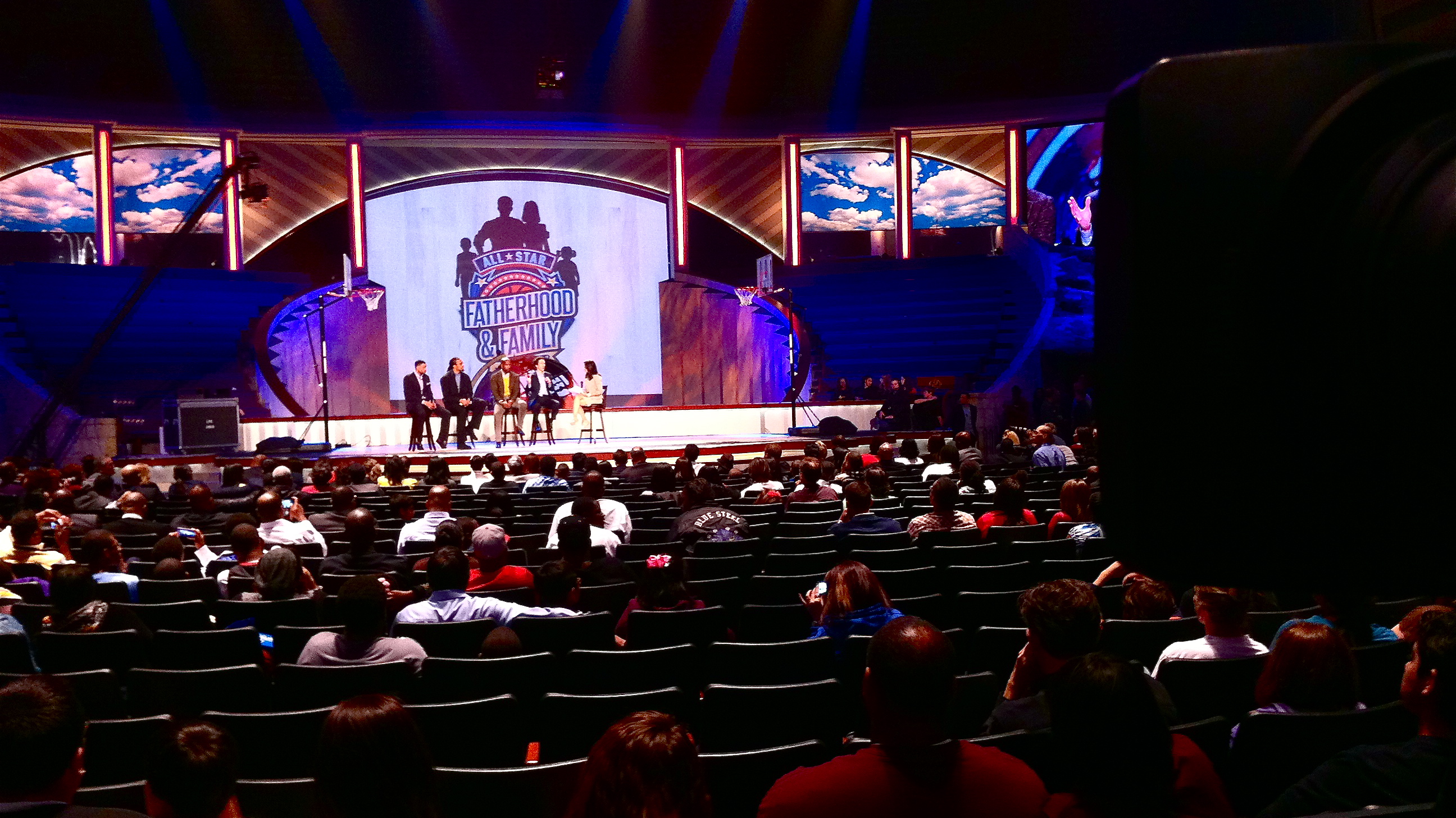 With the NBA All-Star game in town I made the trip down to Houston.  I was shooting on the Panasonic HDX-900 with a Nano Flash attached. 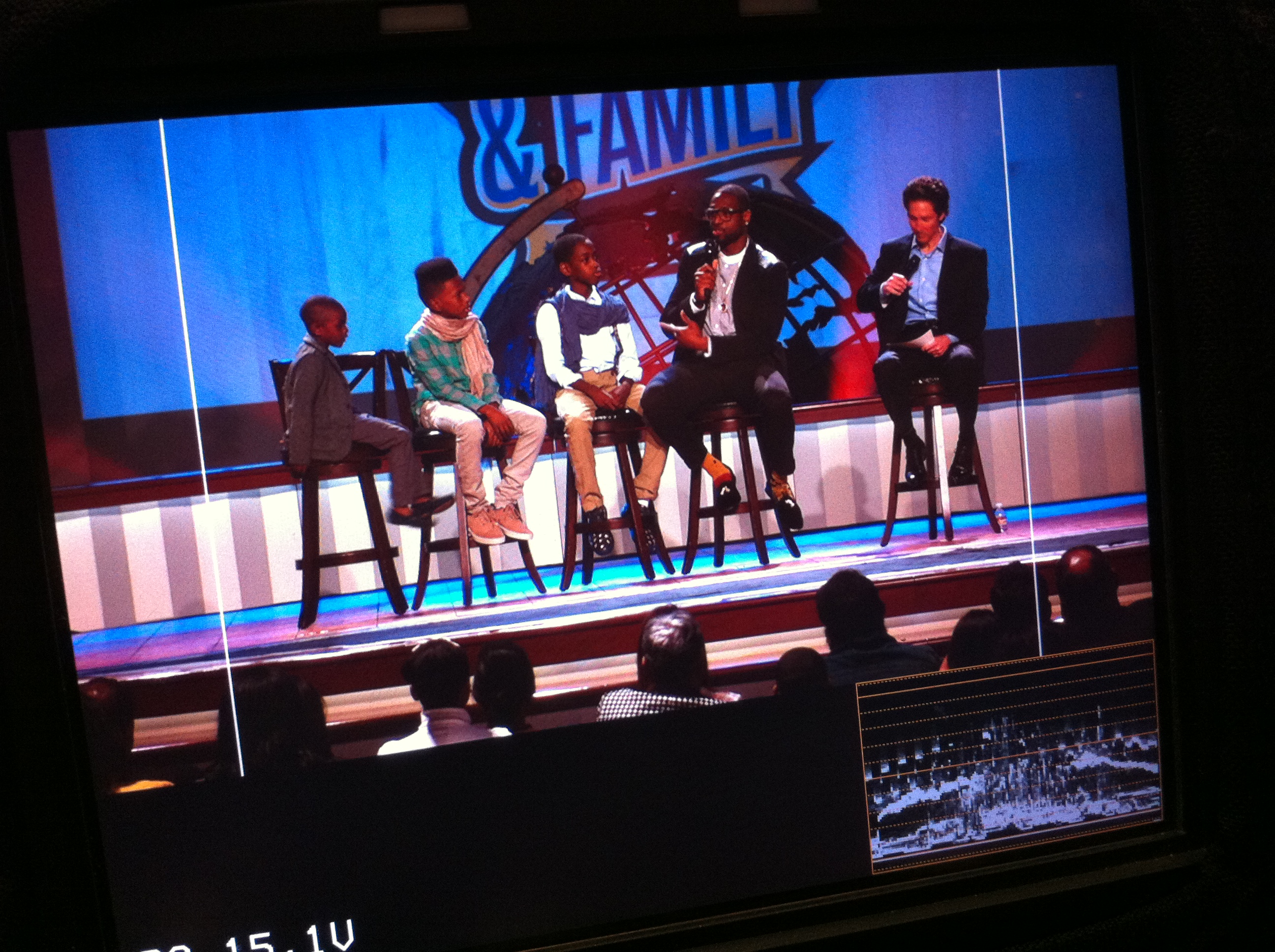 Our main assignment was shooting the stand ups and V.O. for a recap segment called, The Daily Zap.  After each night’s event we headed onto the court and met up with our producer and reporter, Jared Greenberg.  We would then shoot the stands ups, etc and call it a night.

Throughout the weekend we also covered press conferences and other events happening throughout the city.  One of the events we covered was the Fatherhood and Family panel discussion at the Lakewood Church.  An array of former NBA stars were present including Dwayne Wade and pastor Joel Osteen.

The last day was certainly the craziest.  At first, I had a late call time but that changed rather quickly.  One of the producers I had been working with called to see if I could help out another crew.  Apparently one of the crews in town was wrapped for the weekend, had shipped their gear home, and was at the airport when then got the call that they were needed for one more shoot.  Without lights, grip gear, or even audio they definitely were in a bit of a jam.

I made my way over to the shoot location and got to work.  We used most of my HMIs to light the interview.  They were shooting on two RED cameras.  After the interview we headed over to the convention center to shoot a little scene between two actors.  They were without an audio guy so I stepped in.  I must say that strapping on that audio bag was a pretty weird feeling.  I haven’t worn this thing since I was a Director of Photography Apprentice for Mr. Skip Clark three years ago.  Anyways, I got the talent mic’d up in no time.  We shot the scene.  Before I knew it we were wrapped.  Everyone was very thankful that I was able to help out.  It was no big deal though.  I love what I do and was glad to help, even if it meant running audio for a little bit. 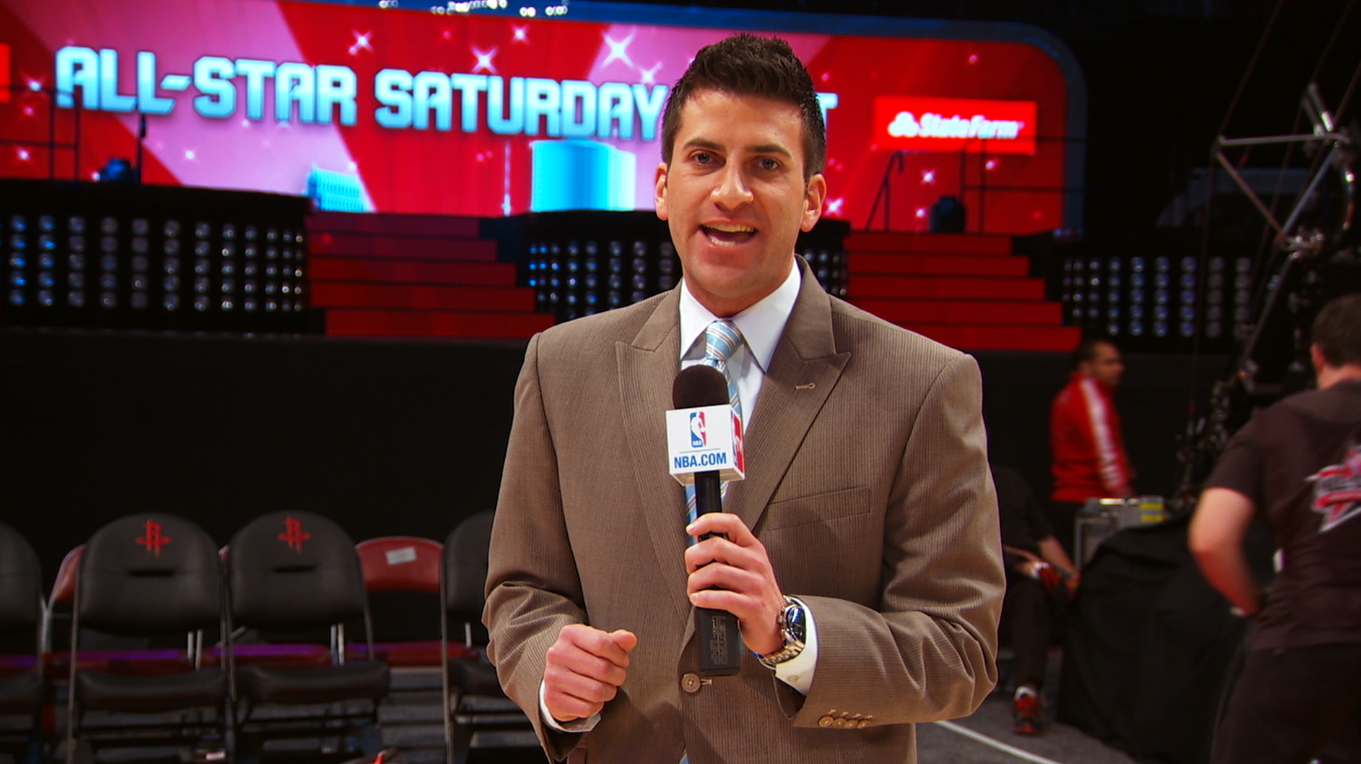 Daily Zap reporter, Jared Greenberg does a stand up after the 2013 NBA All-Star Game.

All in all this weekend was pretty fun!  I had a great time working! I can’t wait to do it again!