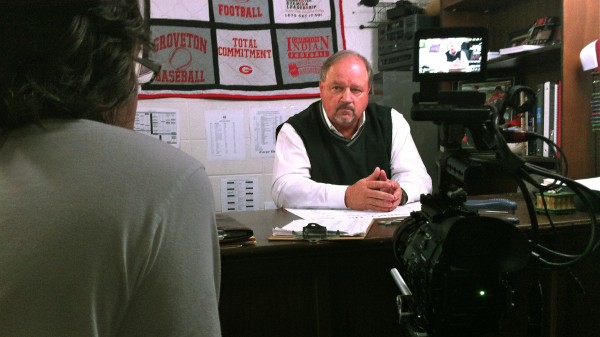 Posted 20 May in Dallas Video Camera Crew by Roger Woodruff 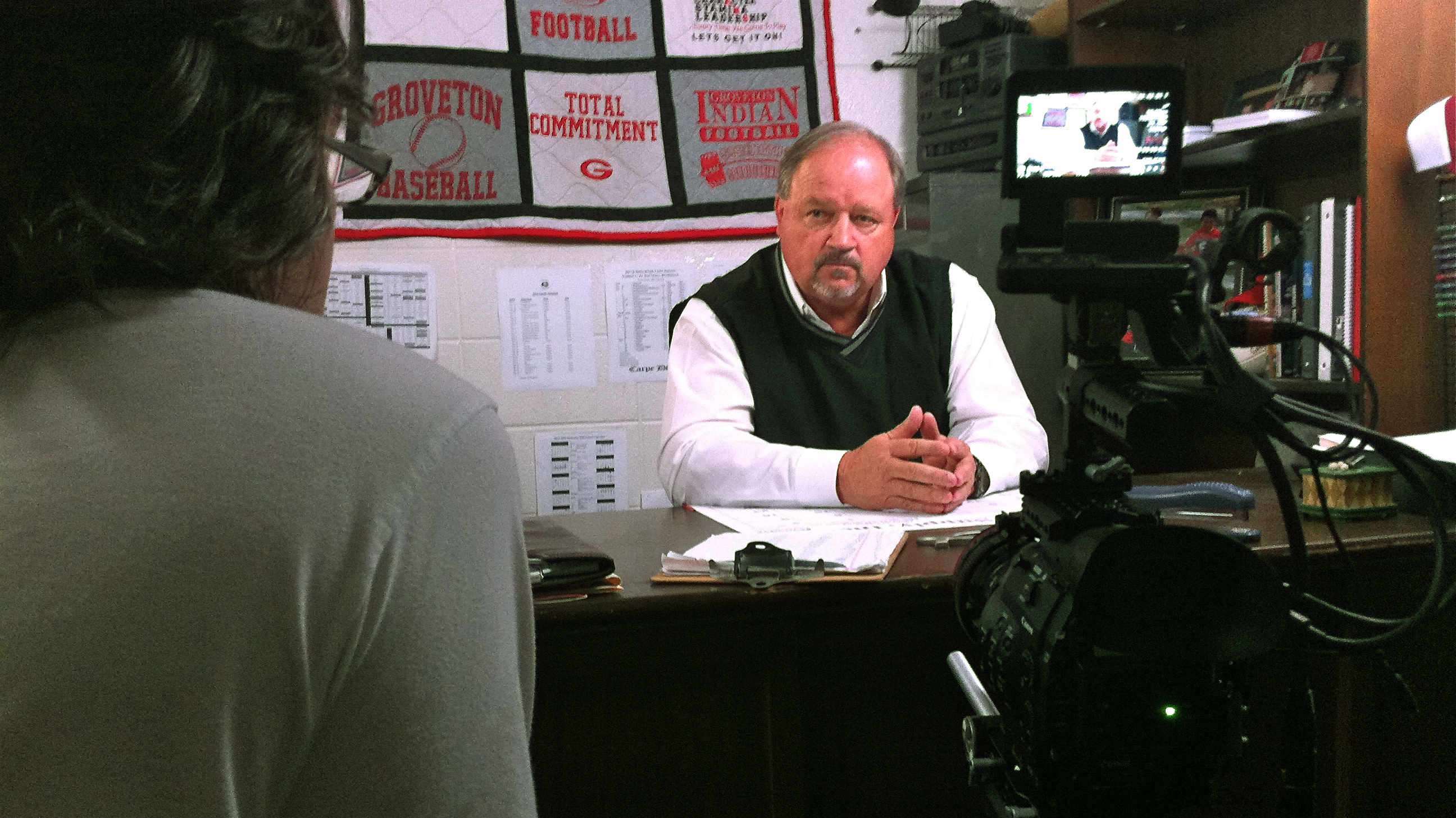 Shooting an interview with Coach Keith Thomas in his former office.

The 2013 NFL Draft is coming up.  One of the top prospects, Lane Johnson, grew up in a small town in east Texas called Groveton.  I made the trip down to Groveton to shoot a feature on Lane Johnson and his relationship with his high school football coach, Keith Thomas. 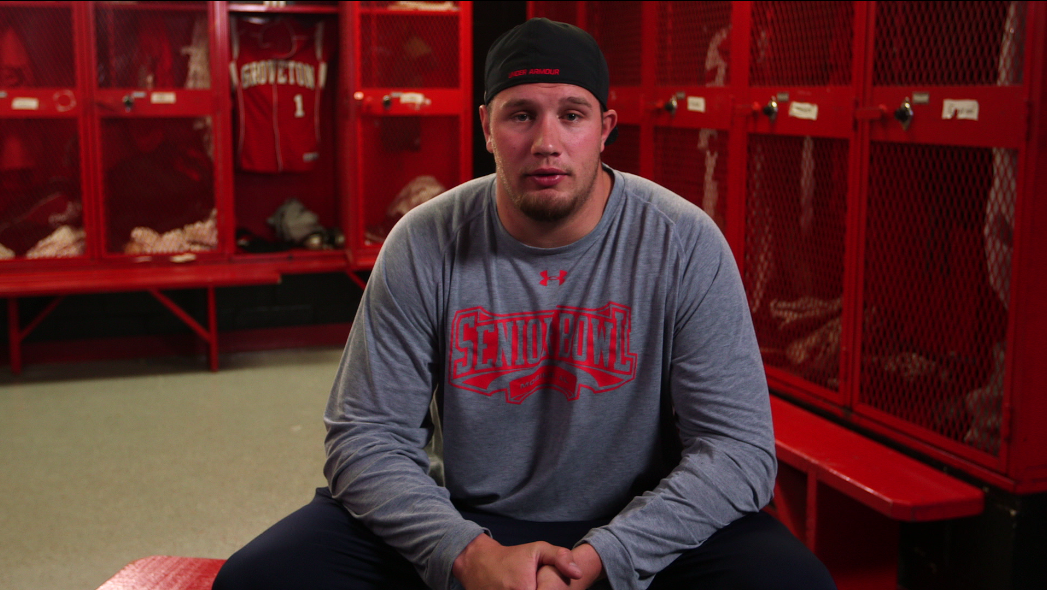 Just imagine how cool this looks thanks to the MYT Slider.

I got to work with Canon’s C500 and C300 on this project.  I really enjoyed working with these cameras.  Upon arriving in Groveton, my second cameraman and I set up for the interview with Lane Johnson.  We decided to do it in the locker room.  There was a lot of color and texture that made for a cool background.  I ran the wide shot which was mounted to a MYT Slider.  I used Canon’s 16-35mm f2.8 lens.  For the close up shot we used Canon’s 85mm f1.2 prime lens.

To light the interview we kept half the lights on in the locker room to achieve a more natural look.  I used my 400w Kino Flo as a key.  My 200w Kino Flo light was used as a fill.  We hung one 300w Arri fixture from the ceiling with a scissor clamp.  This fixture was used as a backlight.  After the interview we shot a scene in the weight room with Lane and his coach chatting about the old days. 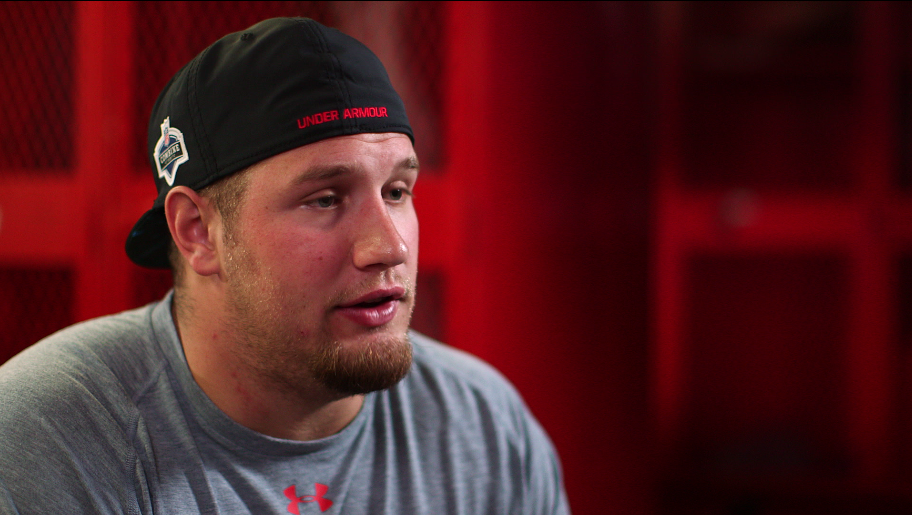 To save some time, I split off from the rest of the crew after the weight room scene.  I shot some b-roll in the weight room while the other cameraman and audio guy moved equipment into the adjacent building to start setting up for the interview with the coach.  We used a similar camera and lighting set up for the coach’s interview. 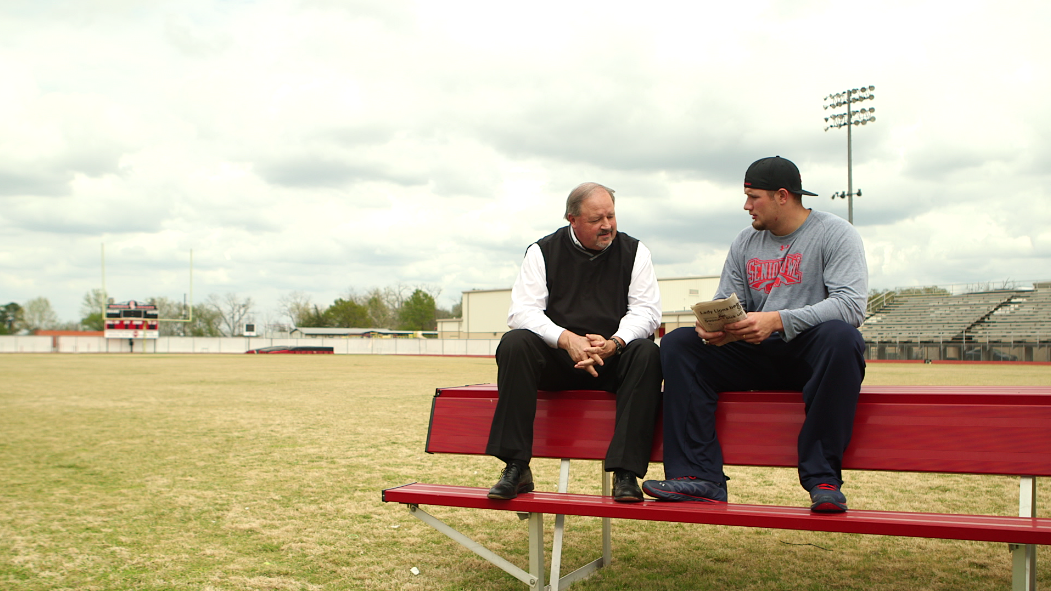 Our day ended on the high school football field.  We shot a scene with Lane and Coach Thomas looking at old pictures.  I manned a wide slider shot using the 24-70mm f2.8.  The second camera used the 70-200mm f2.8 to shoot close up shots of Lane and the Coach.  After shooting some “hero shots” of Lane and Coach Thomas we were able to let them go.  We finished the day with shooting some b-roll of the football field and Groveton, TX signage.

It was a blast getting to work with the C500 and C300.  These cameras are pretty cool.  While they aren’t perfect, they do shoot a great picture, especially when you’re rocking some Canon L Series glass.  I also had a blast working with fellow Dallas DP, Bob Chestnut.  It’s always nice to get to work with talented people.  It certainly makes the day go a lot smoother.

Be sure to look for this piece on Lane Johnson.  It will air on April 26th on the NFL Network.  I can’t wait to check it out! 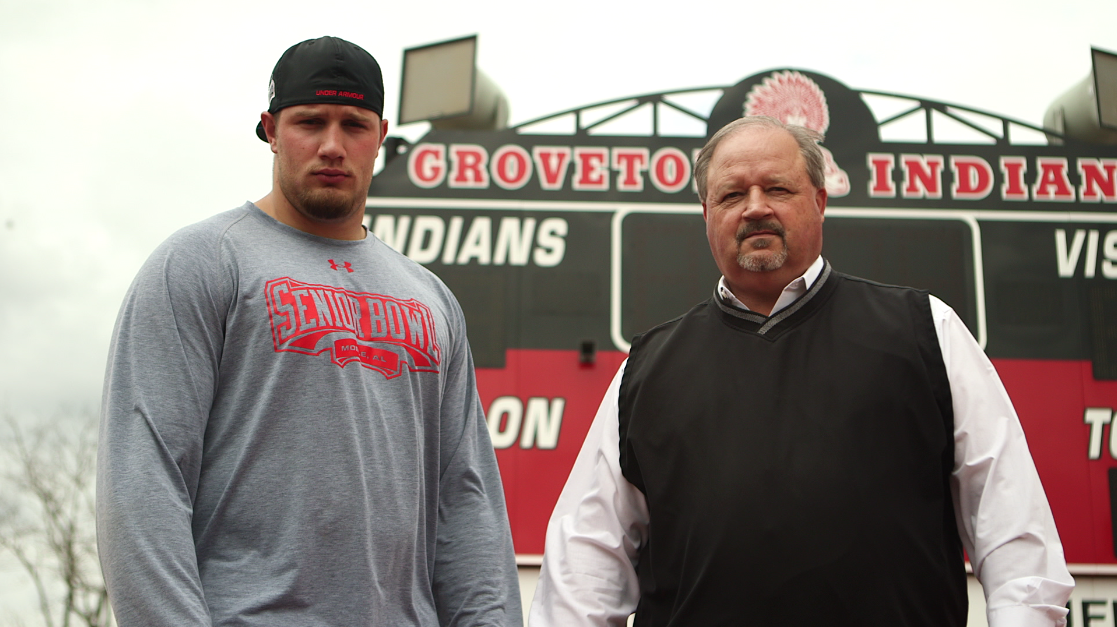 Lane Johnson and Keith Thomas stare down the camera for this “hero shot.” 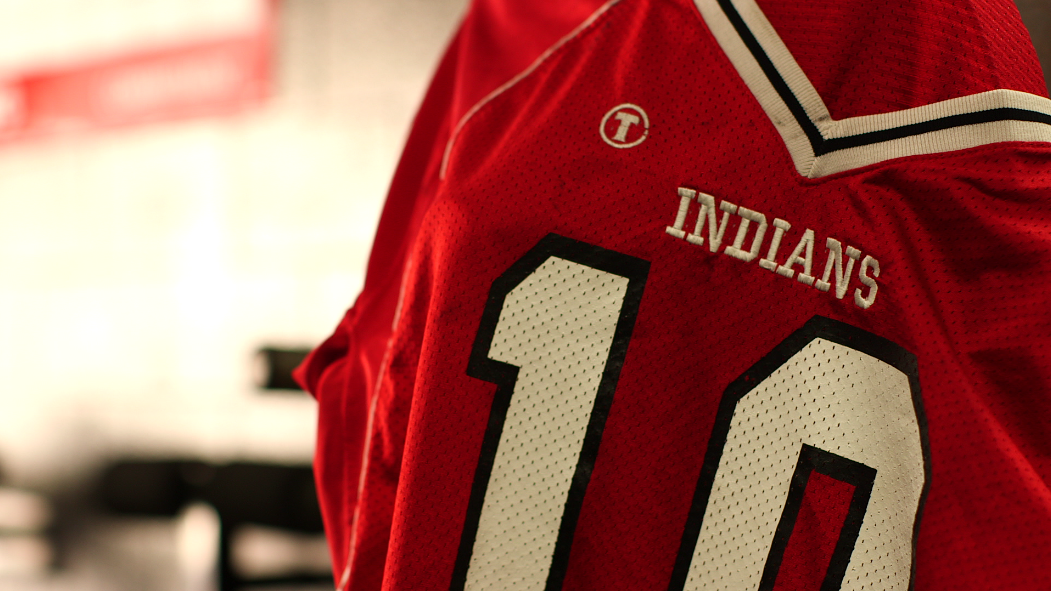 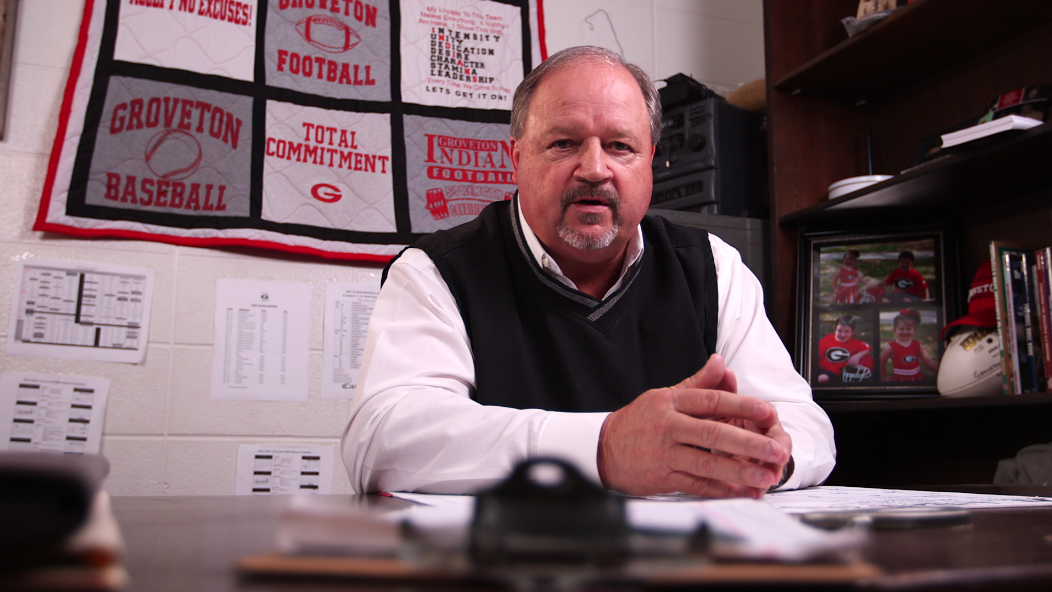 Screen grab of the wide slider shot from the interview with Coach Keith Thomas.