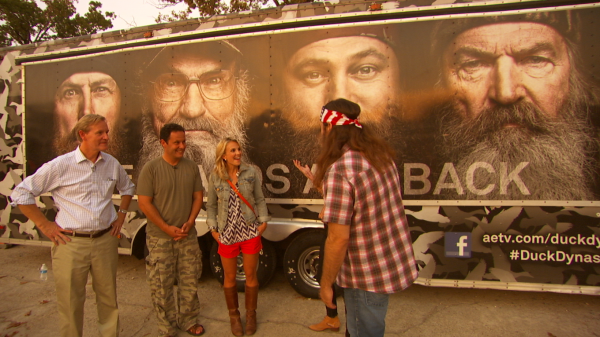 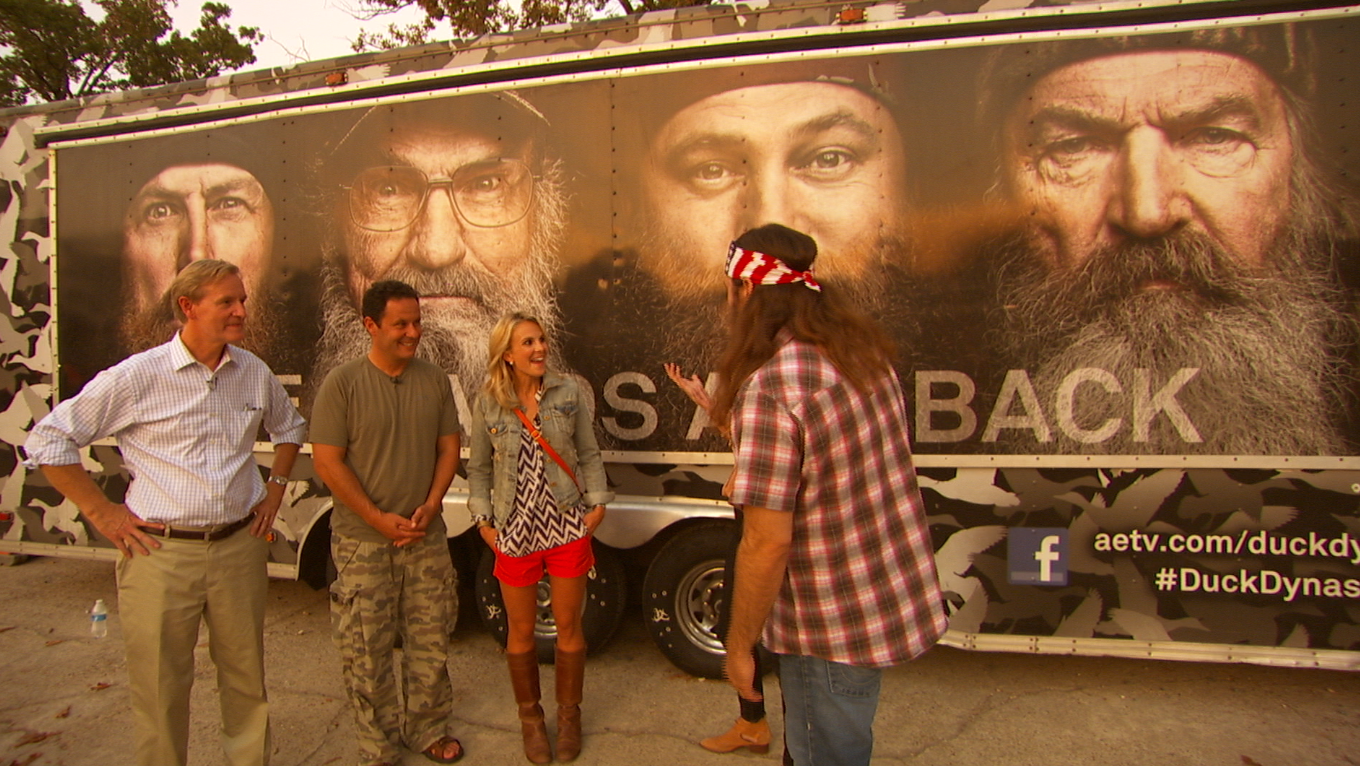 We caught up with Willie and his wife, Korie just as the sun was setting.

I headed out to West Monroe, Louisiana for a Fox & Friends shoot.  West Monroe is of course the home to the Duck Dynasty folks.  Brian Kilmeade, Steve Doocy and Elisabeth Hasselbeck of Fox & Friends spent two days with the Robertson Family. 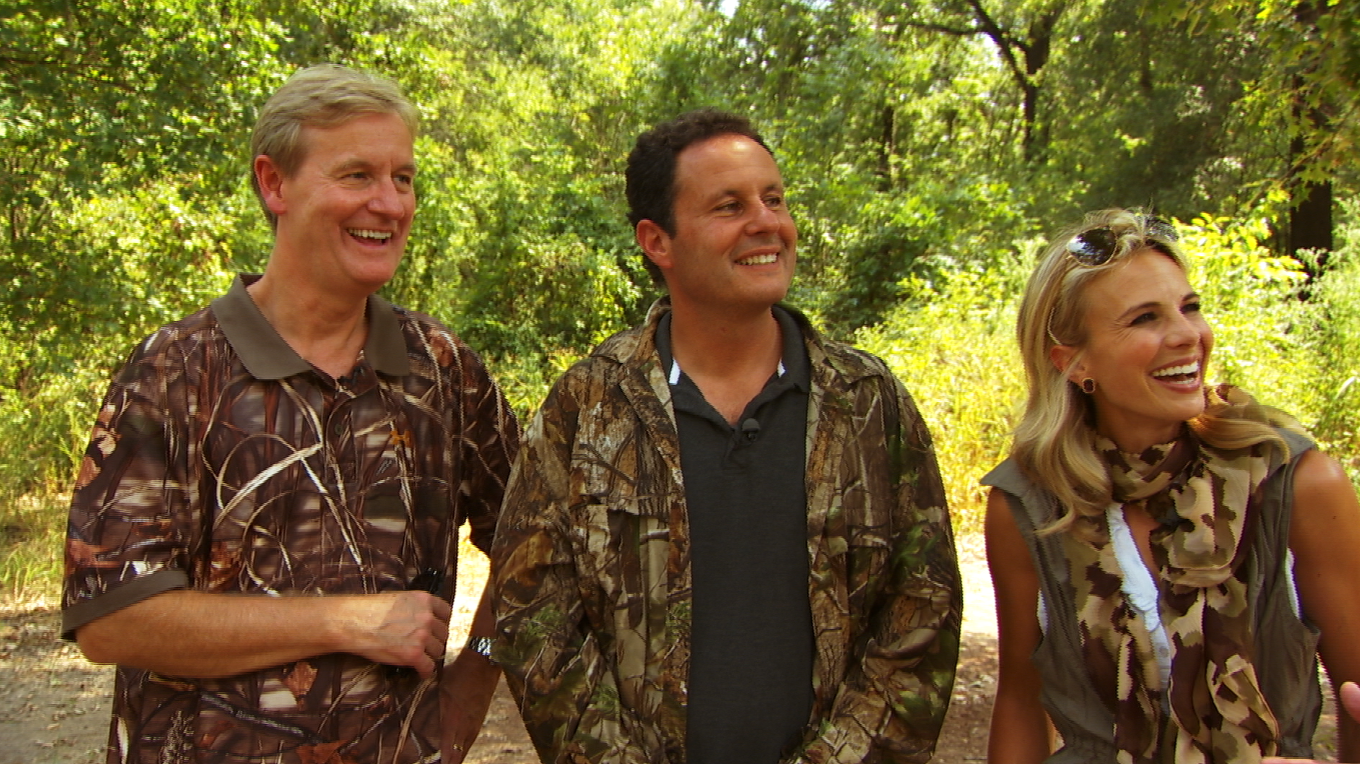 Here’s a nice three shot of the gang as they talk to Si.

I was shooting on the HDX-900, recording to the Nano Flash.  Fox wanted to walk away with a hard drive of the footage.  That’s not a problem when you’ve got a Nano Flash.

This was a two camera shoot.  It involved some coordination as far as making sure that we weren’t shooting the same thing.  I was mostly covering Brian, Steve, and Elisabeth’s shot.  I made sure to get a nice three shot of the gang as wells as some singles and cut aways.

Throughout the course of the two-day shoot we got a tour of the Duck Commander Headquarters, watched the latest episode with the Robertson Family, and even went target shooting with Si.  It was such a blast to meet all the Duck Dynasty people.  Stay tuned to Fox & Friends to check out their adventure to Louisiana.  I can’t wait to check this piece out! 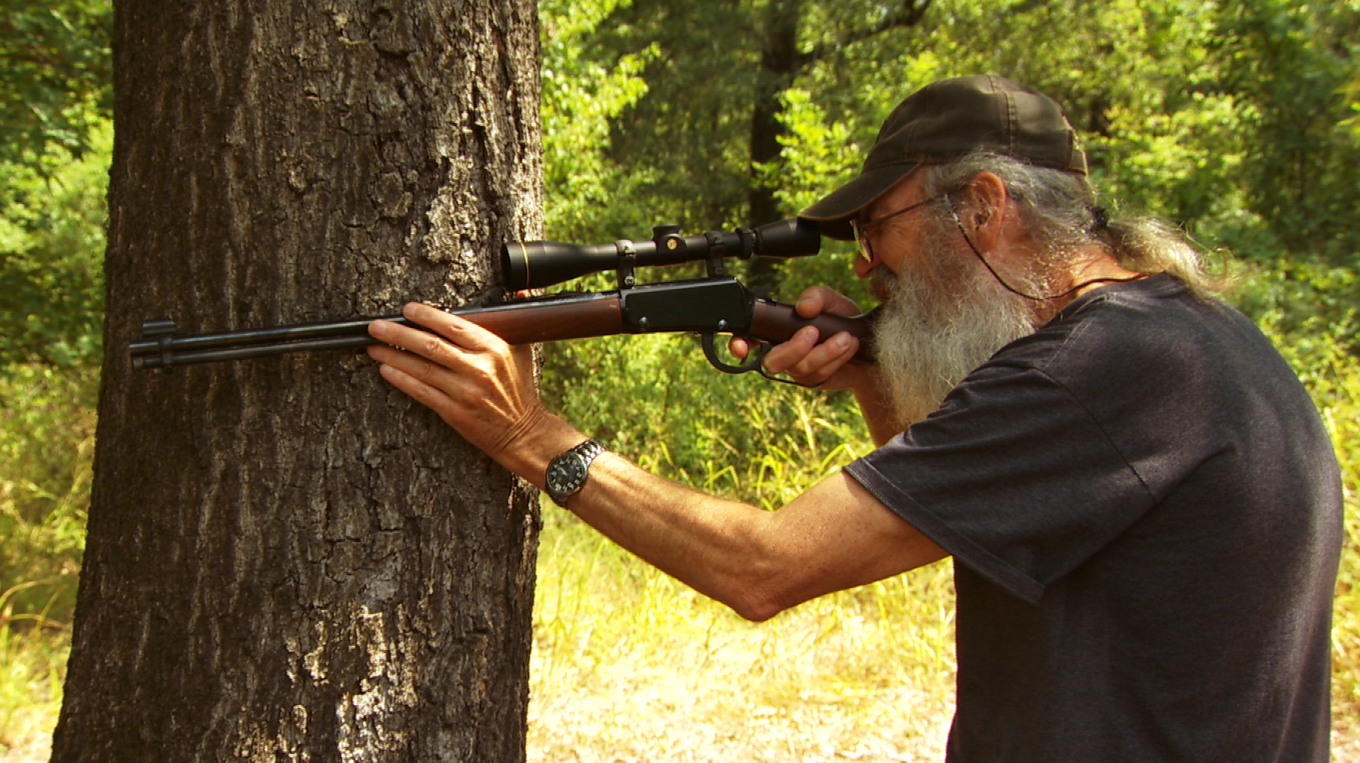