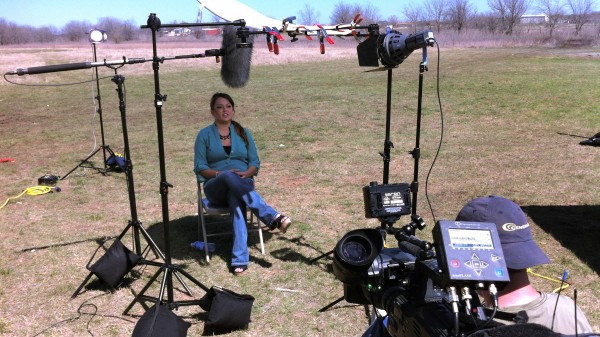 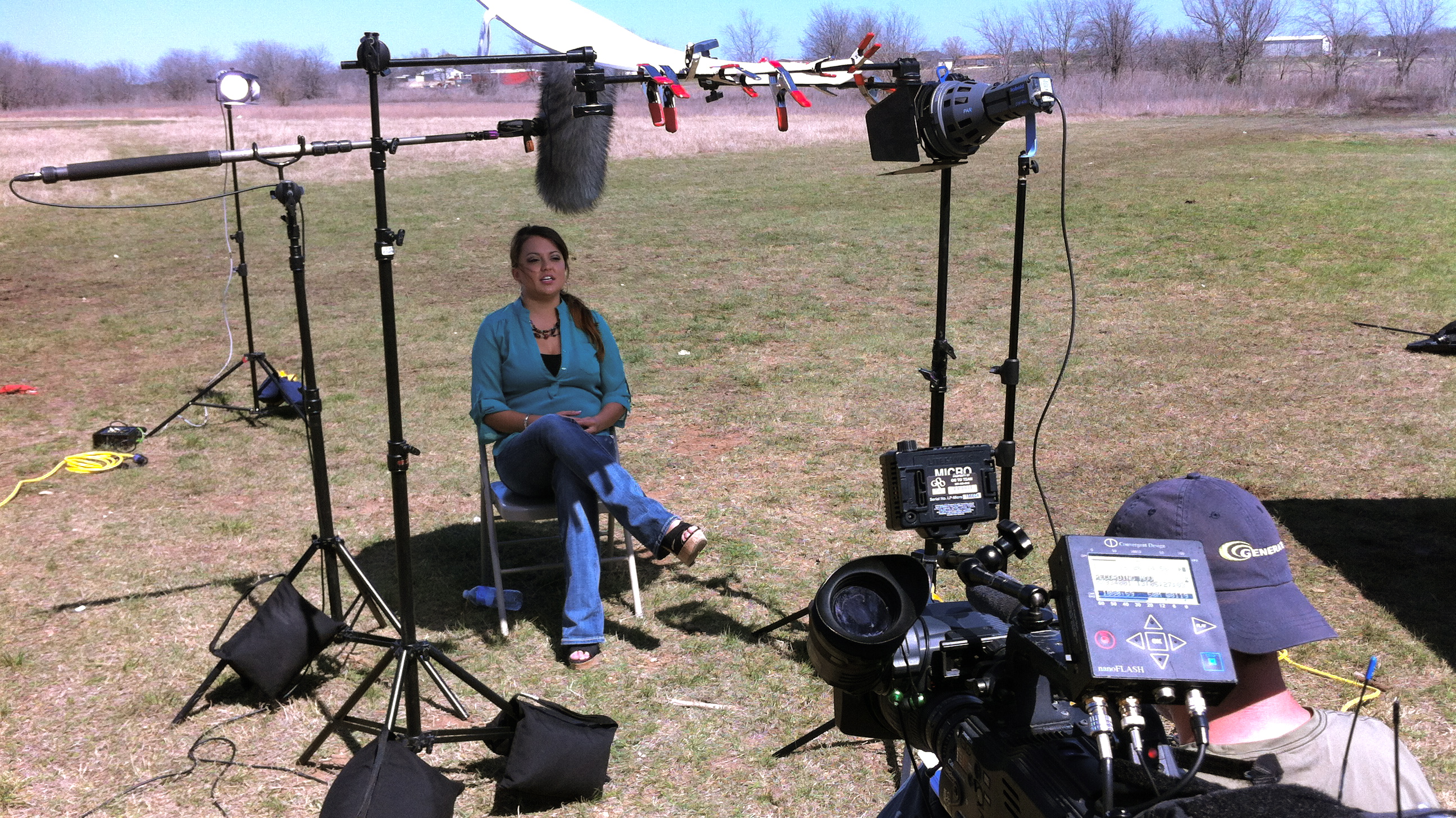 Lately, Waco has felt like a second home to me.  A few months ago I was down there shooting a pilot.  Just a week ago I was back to shoot some pick-ups.  This time I found myself in Waco, TX shooting a sizzle reel for a potential reality show.  Rockin’ a HDX-900, a few Go Pros, and a MYT Slider, I got to work. 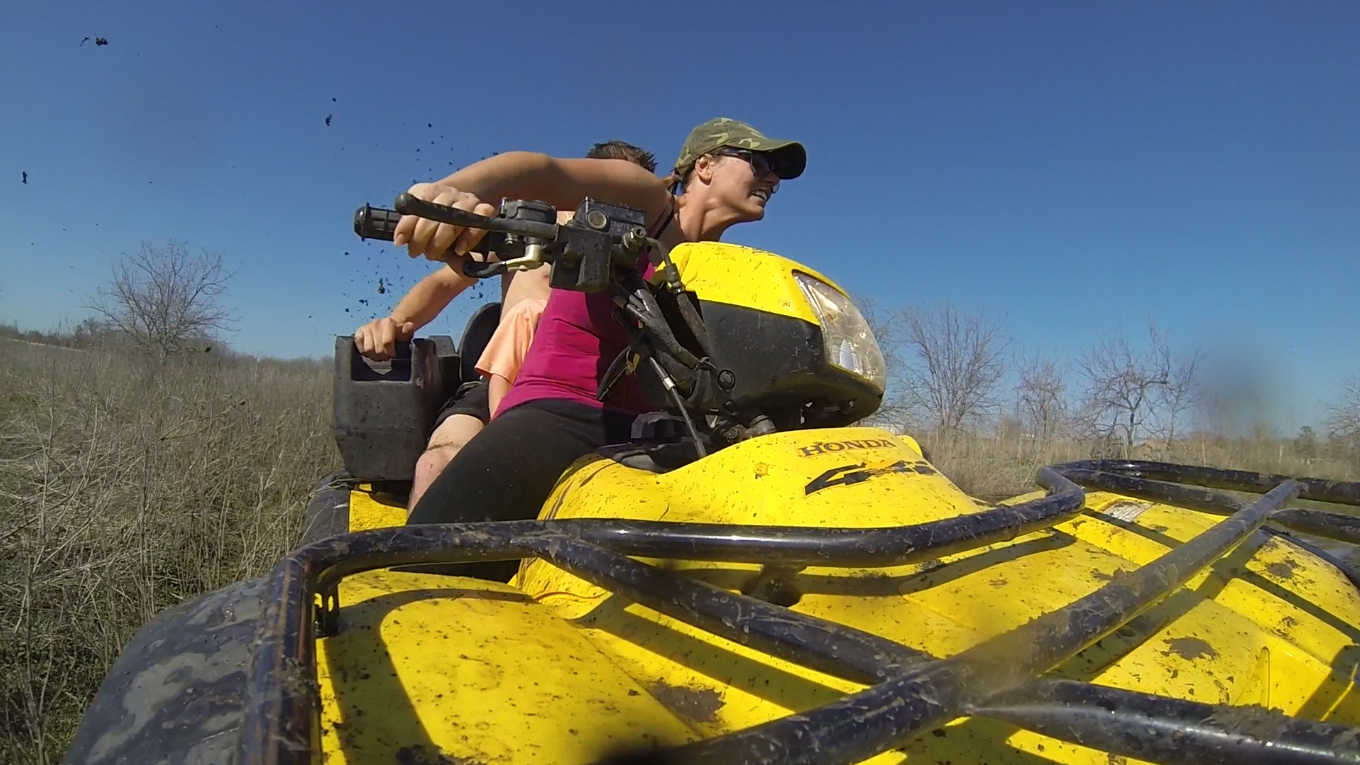 My Go Pro: Black Edition went along for the ride.

While I can’t tell you exactly what I was shooting because, well, that’s top secret.  I can talk to you about equipment, set up, and share some pictures and screen grabs.  It was a two-day shoot.  We spent the first day following our subjects around.   We went mudding with them on their ATVs.  I attached a few Go Pros to their recreational vehicles.  We got some really cool shots.

Later we filmed them enjoying a BBQ.  The night ended with a huge bonfire scene.  All of our subjects gathered around to enjoy the fire and each other’s company.  To add some depth to the night shots of the bonfire scene I lit the house in the background.  I used a 600w open face on the garage and a 1K on the house it’s self.  I just wanted there to be something settle in the background instead of complete darkness. 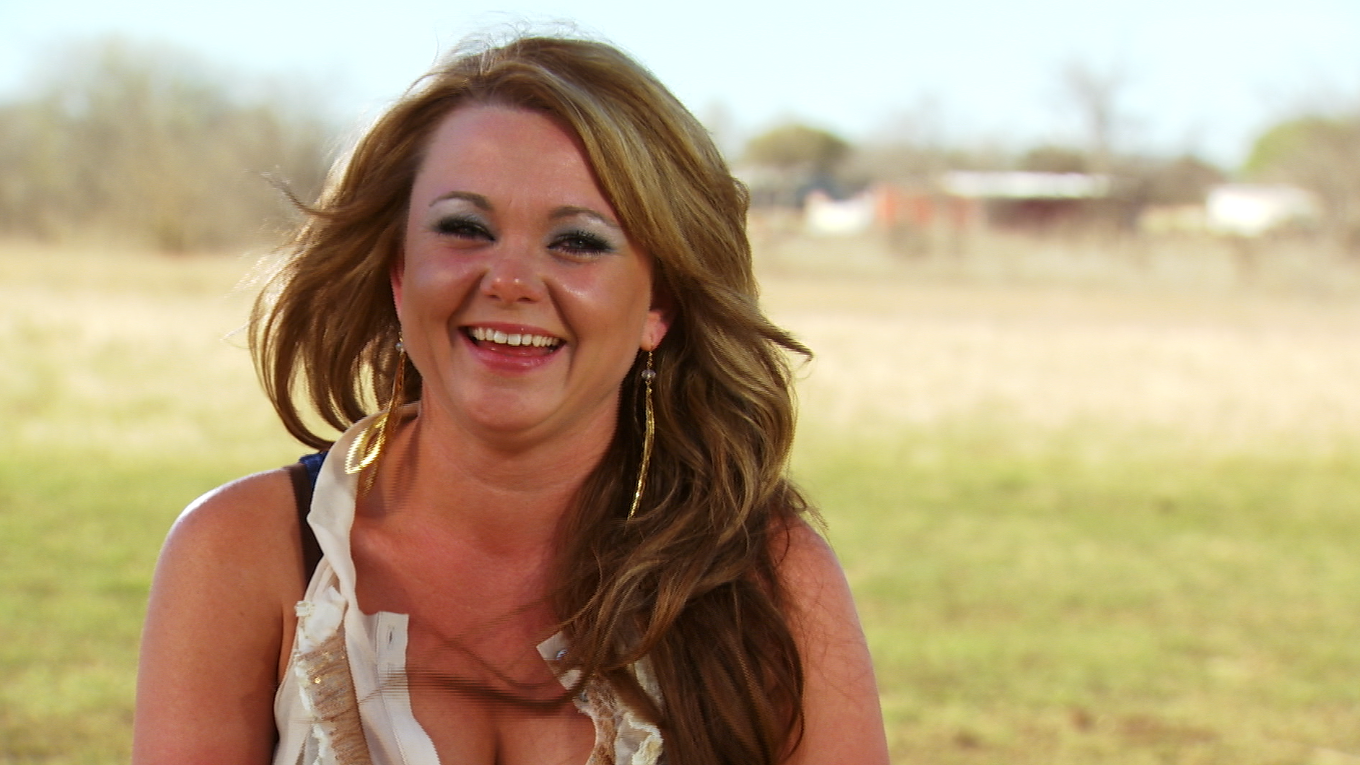 A screen grab from one of the interviews I did.

The second day was all about shooting interviews.  The producer wanted the interviews outside so I got out a couple of HMIs.  After figuring out the background I set up a scrim and locked that down.  I used a 400w HMI as the key and a 200w as a backlight.  We literally spent the entire day shooting interviews.  Afterwards, with only a few minutes left of sunlight, I pulled out the MYT Slider and shot some “Hero Shots” of the entire cast in a nearby field.  We ended the day with a scene at a local bar.  It was then time to hit the road and head back to Dallas. 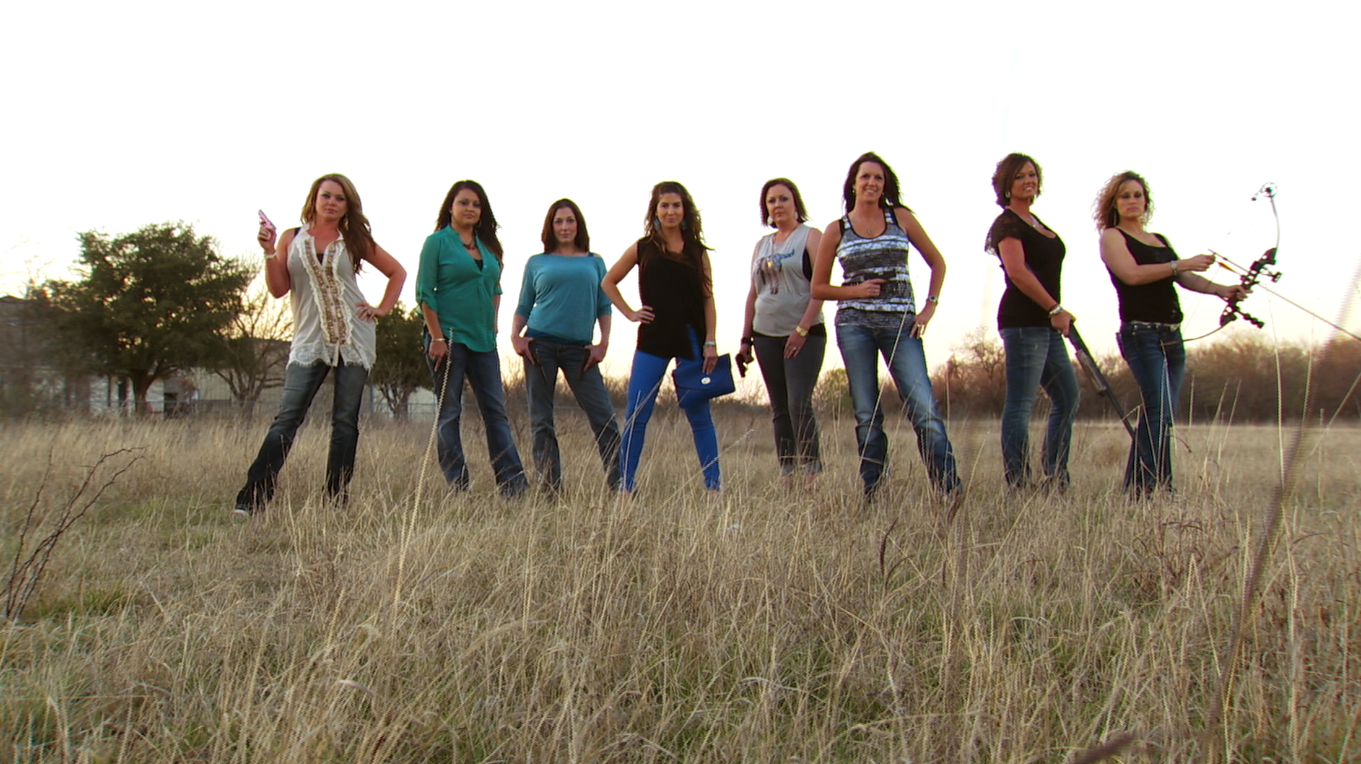 I used the MYT Slider to get this shot. The entire cast posed for a cool “hero shot.”

I had a blast shooting this sizzle reel.  In fact this was my first time shooting one.  It’s not much different from shooting a pilot or reality show.  I’m looking forward to the prospect of this getting green lighted for a pilot.  That would be awesome. 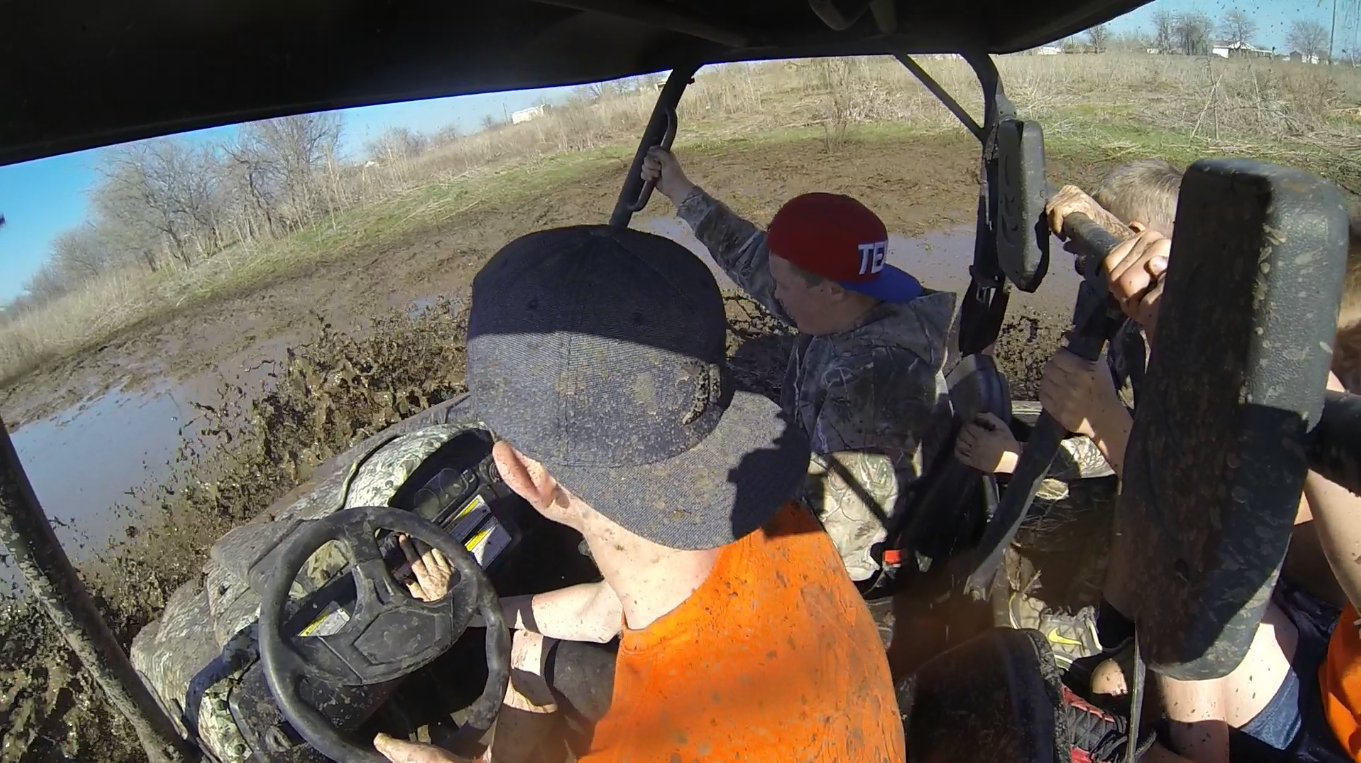 One more mudding shot captured by a Go Pro. I couldn’t help my self. I just had to share.