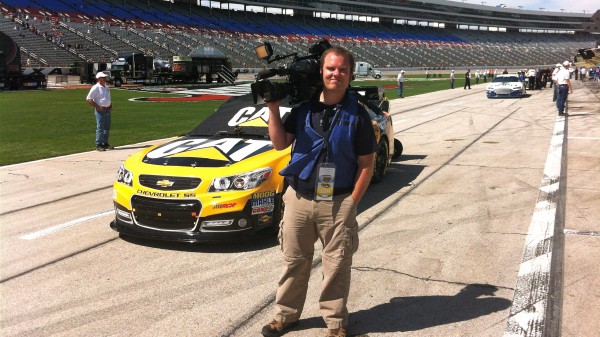 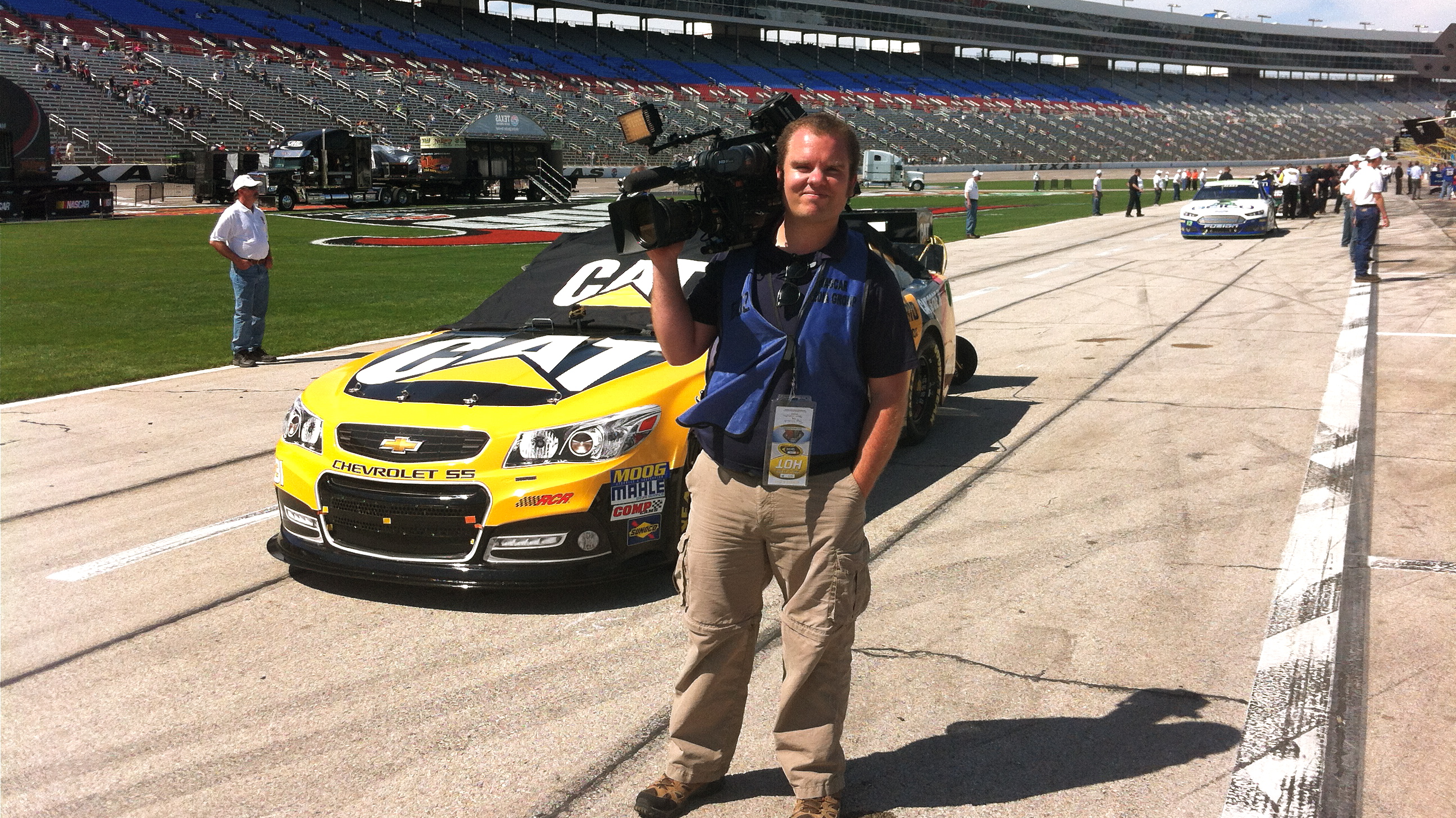 I just love being on pit road.

Texas Motor Speedway recently hosted their April NASCAR race.  I just love it when NASCAR comes to town.  This time I was shooting for NASCAR Media Group.  Jeff Burton’s sponsor, Caterpillar, wanted footage of their hospitality tent, the new paint scheme, and the race.  I was shooting on the Panasonic HDX 900. 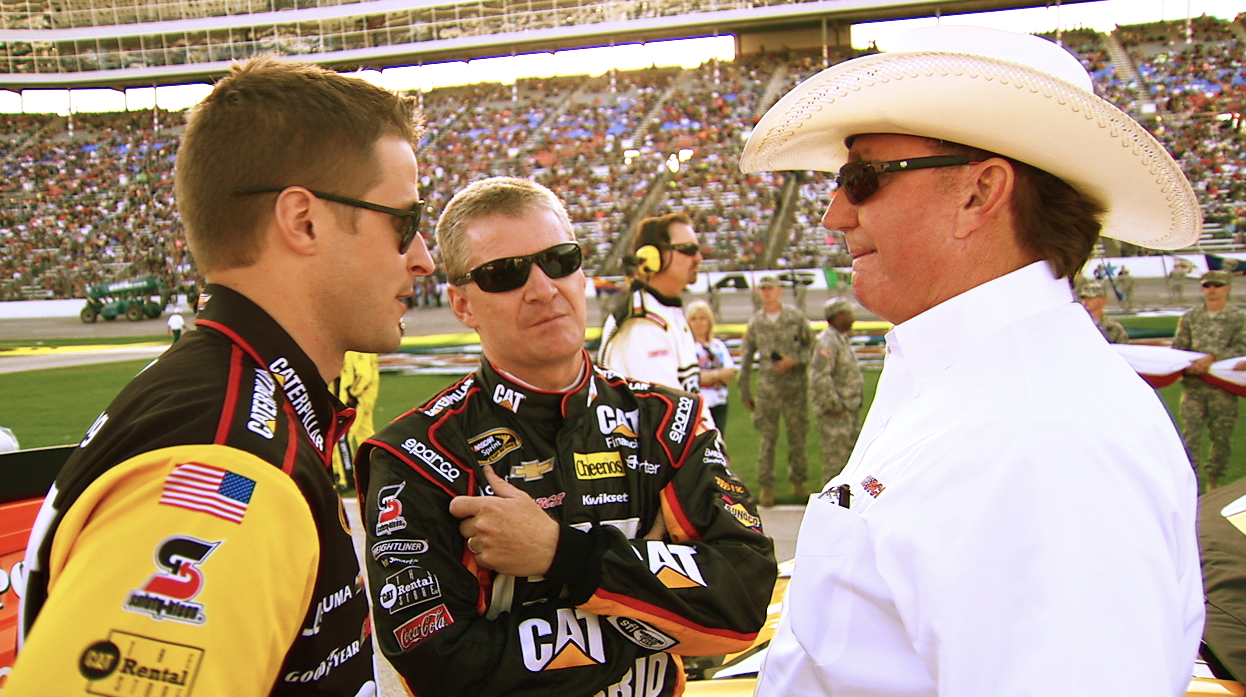 Jeff Burton chats with Richard Childress before the race.

After picking up my credentials and golf cart I made my way over to the CAT hospitality tent.  I met up with my contact and got a rundown of what I needed to shoot.  I started with b-roll of the tent and the new hybrid equipment placed outside the tent.  Later in the day I shot a Jeff Burton Q & A and then shot b-roll of him signing autographs for fans.

Next on the list was shooting b-roll of the new paint scheme the CAT racecar was sporting for the event.  I got some cool shots of the car going through inspection and then being pushed out on to pit road for the race.  The last thing on the list was getting some footage of the CAT pit crew doing a pit stop.  The producer also wanted me to get some night footage.  I hung around for the better part of the race.  It was just cool to be there and take it all in.

It was a blast being at the track and working for NASCAR.  The next day I shipped the tapes to Charlotte, NC.  I can’t wait for the next race. 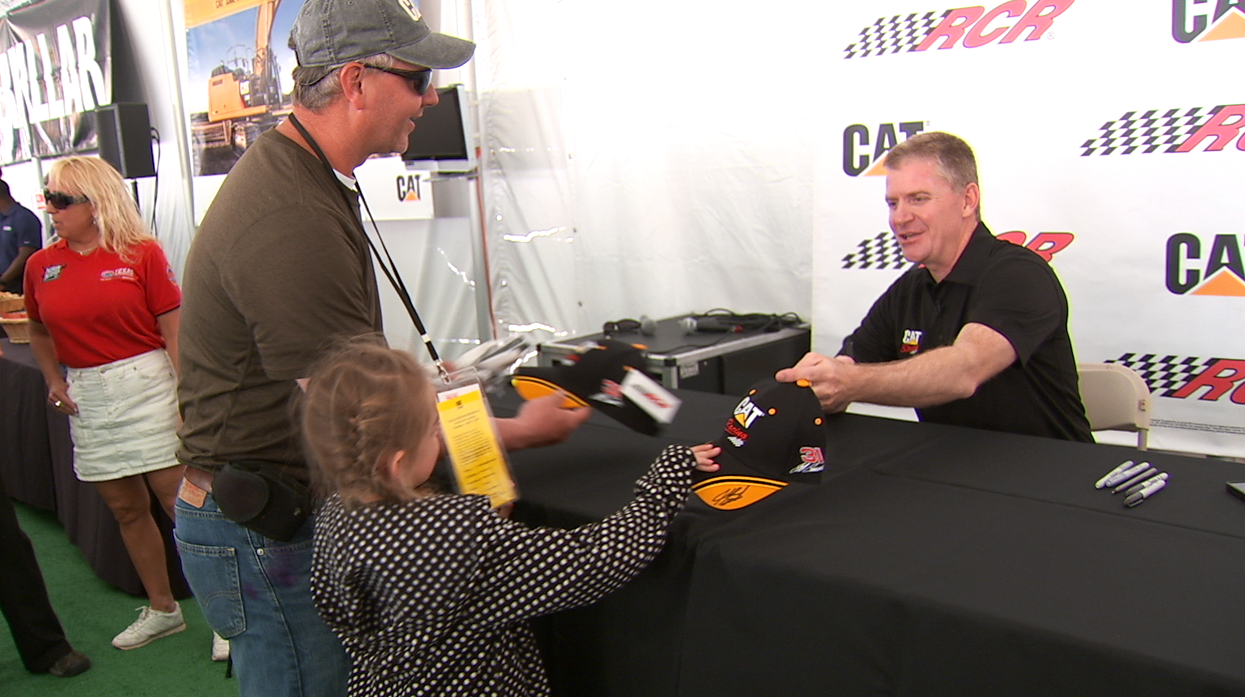