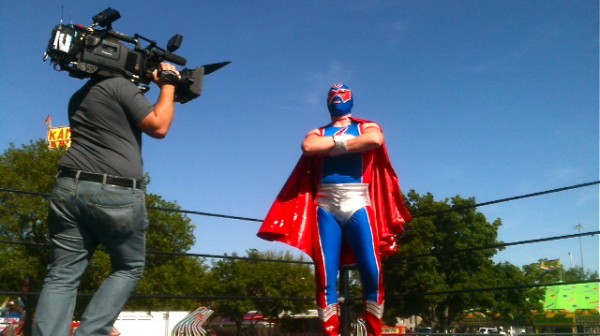 I recently worked for hotel chain, Motel 6.  They were one of the sponsors of the Cinco De Mayo Festival in Dallas, TX.  It was at this festival that masked wrestler, M-6, made his debut.  M-6 is part of a new marketing campaign put on by Motel 6.  Get it?  M-6/Motel 6.  Classic. 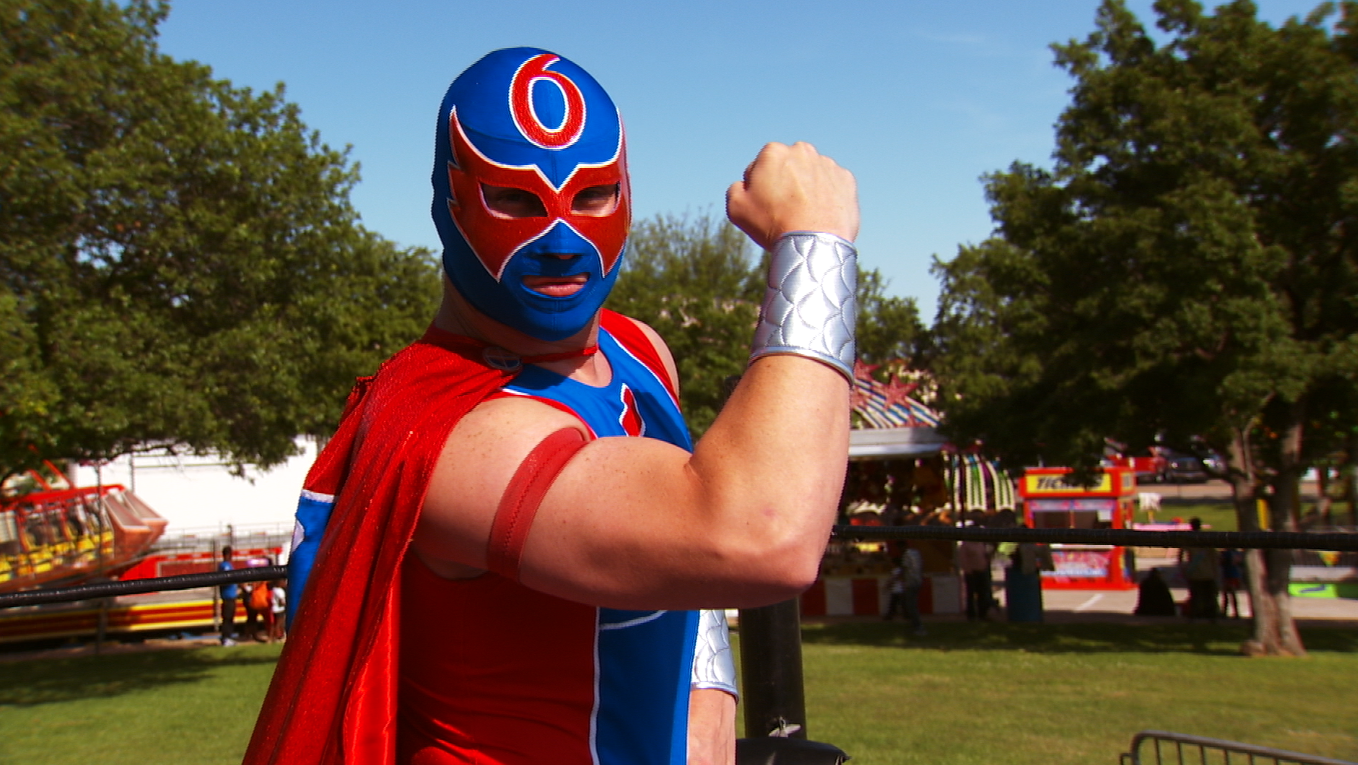 I was shooting on the HDX-900.  The shoot was very much a “Run and gun” operation.  The day started off with shooting b-roll of the festival.  Besides some authentic Mexican wrestling there was also live music, carnival rides, and tons of food tents.  Eventually the wrestlers showed up, including M-6.  We got an interview with M-6 and some b-roll of him in the ring as he prepared for the upcoming matches.

Once the first wrestling match started I shot b-roll of the fight.  It was pretty cool to watch them in action.  The crowd certainly loved it.  After the match we shot some interviews with spectators.  Besides the wrestling matches, Motel 6 also had a tent where you could get your picture taken with M-6.  They also gave away all sorts of Motel 6 branded swag.

After the shoot I handed the tapes off to the producer.  The crew and I then got our picture taken with M-6.  We also got his autograph.  Score! 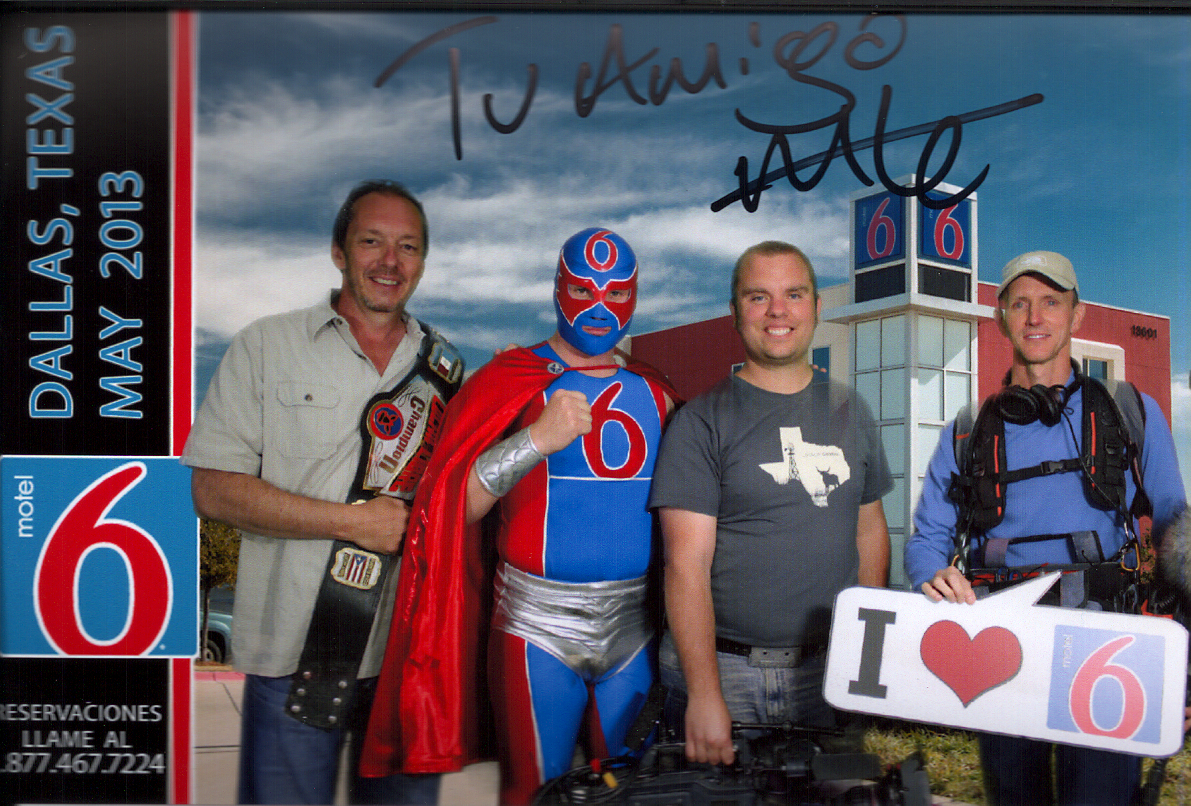 I can’t wait to get this picture framed.