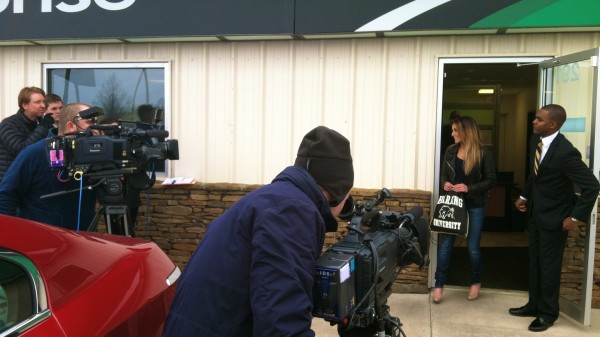 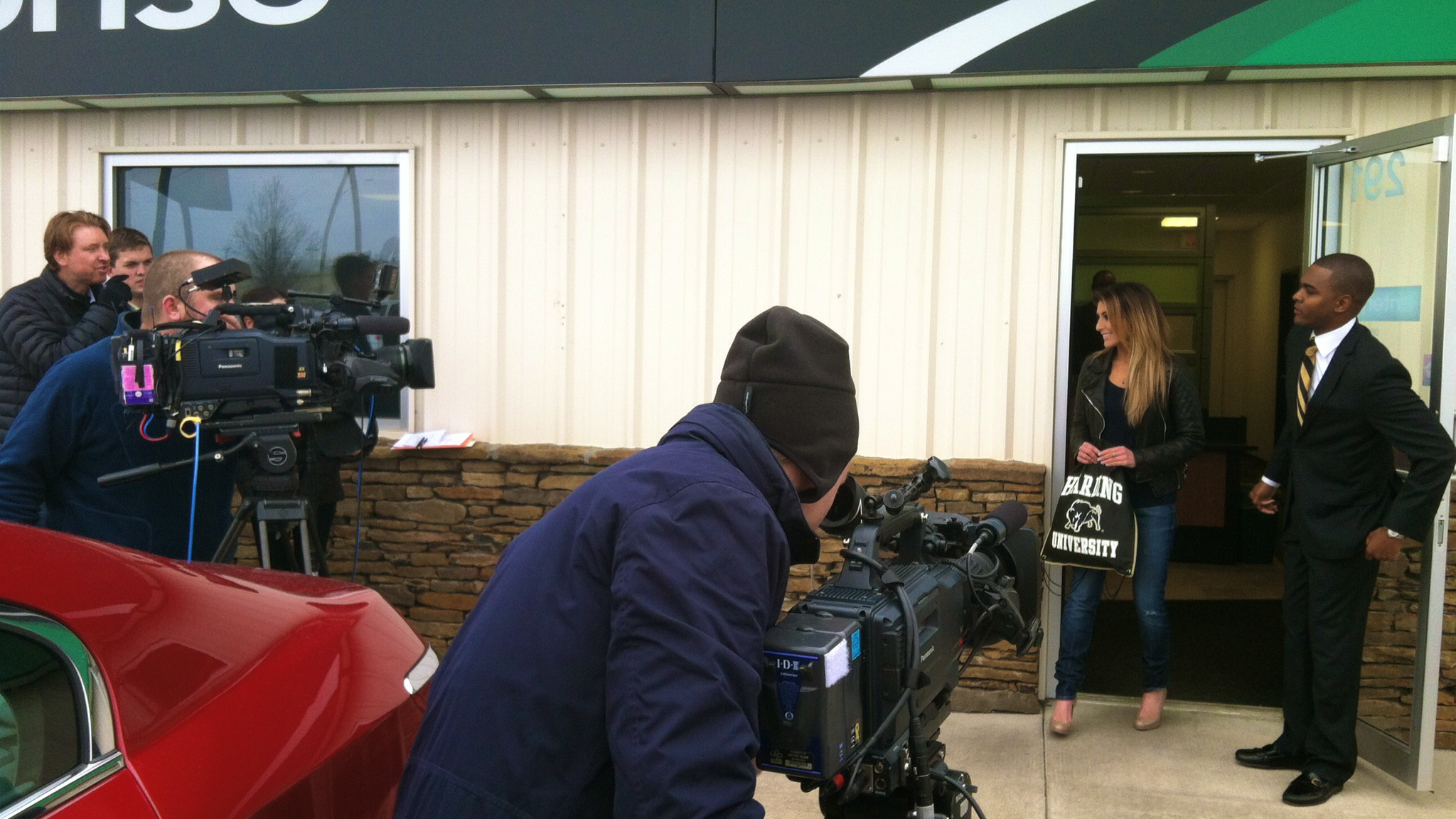 March Madness is coming up and that means a trip to Harding University.  They recently won the title of “Best Road Trip Destination in College Basketball.”  We went out there to see why.  We shot the Enterprise Rent-A-Car sponsored segment on two HDX 900s and a couple of Go Pros. 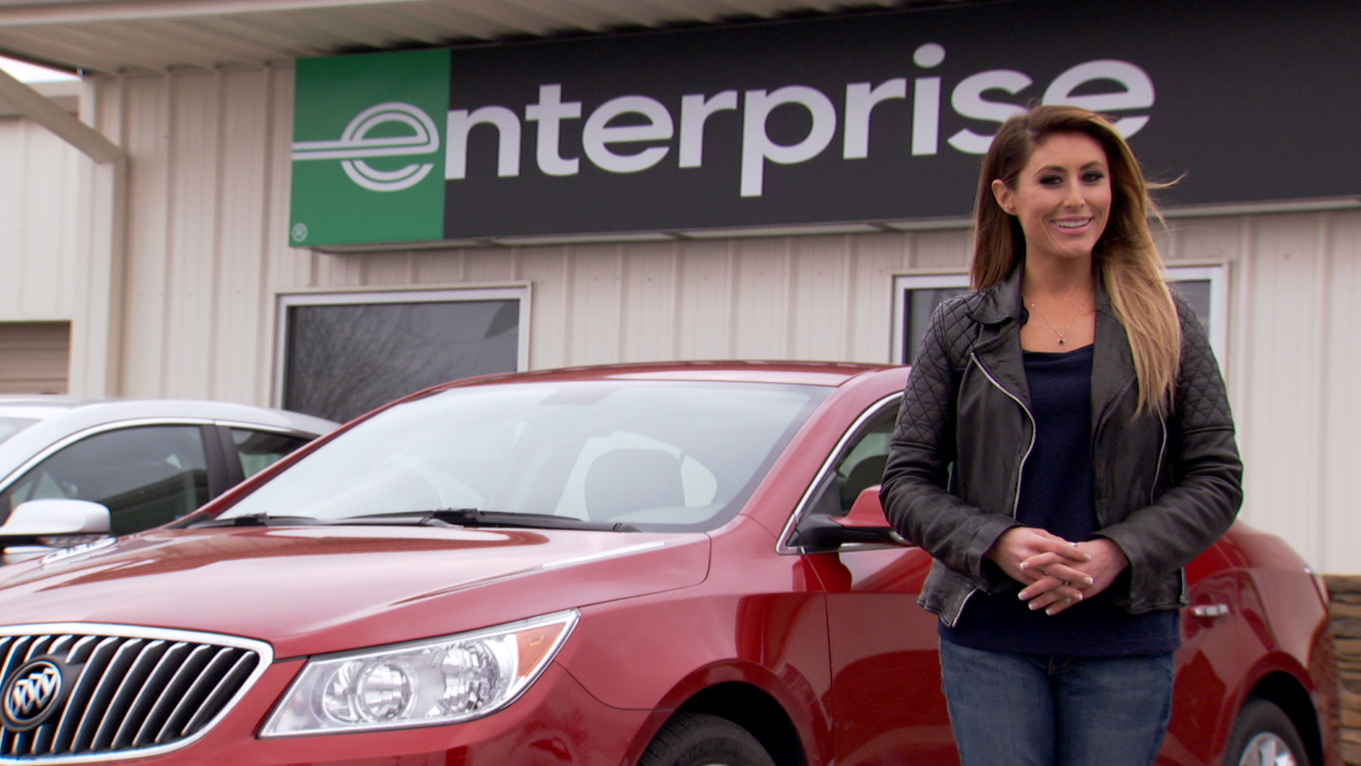 Kelli Zink does a stand up to camera.

Our day started in Little Rock, AR.  It was there that we shot our talent, Kelli Zink, visiting an Enterprise Rent-A-Car center.  We shot a scene of her interacting with employees as she rents a car and then heads to Searcy, AR, Home of Harding University.  Day one ended at the Yarnell’s Ice Cream Company.  Kelli got to meet with the operations manager and taste some of the ice cream flavors. 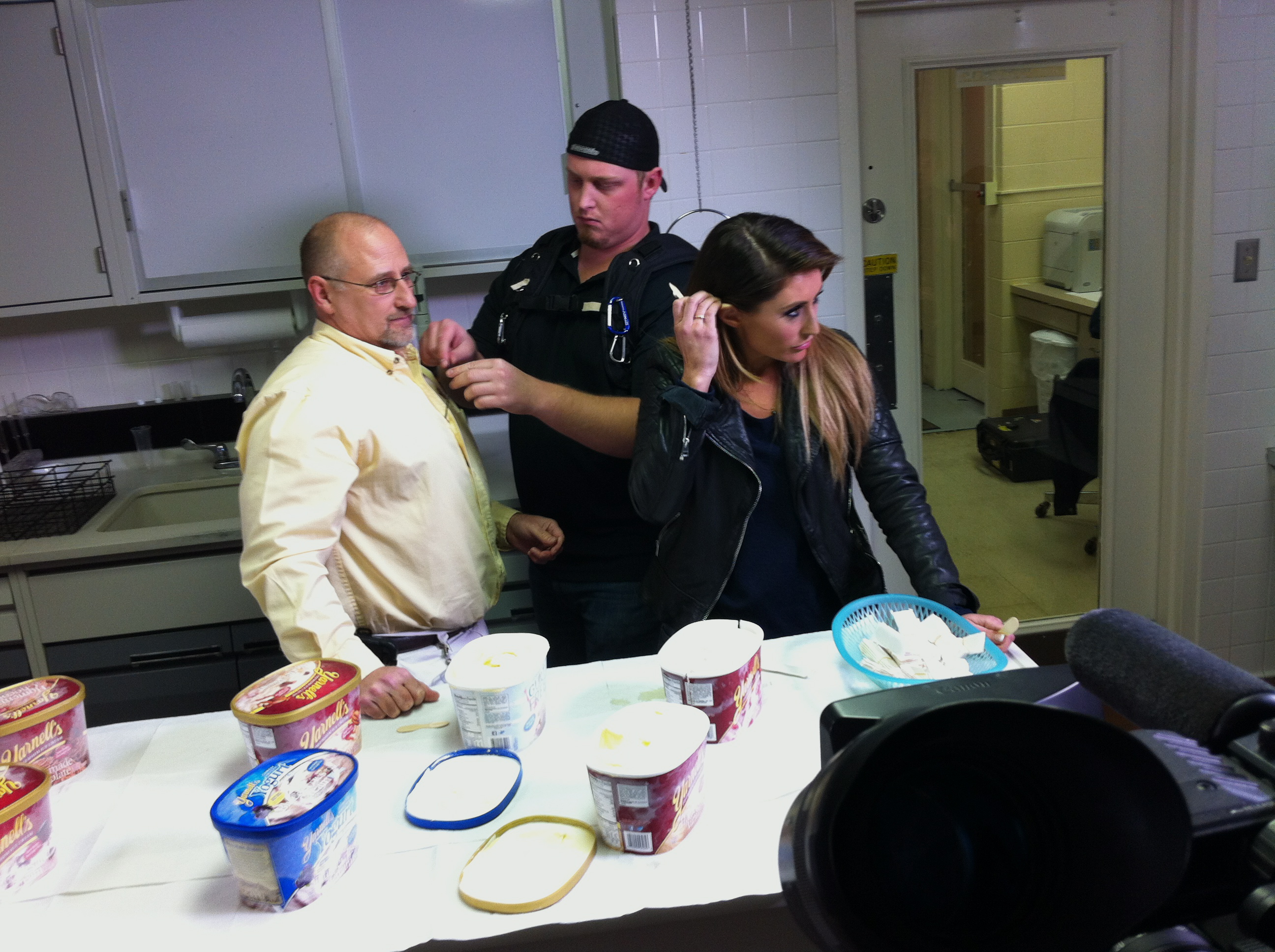 Talent gets mic’d up at Yarnell’s Ice Cream.

One of our producers took a few Go Pros and set up some time-lapses to capture the arena filling up with fans. Once the game started we shot game b-roll and a few stand-ups with Kelli Zink.  The fans were pretty crazy there.  They really get into the game.  We wrapped just before half time.  Craig and I handed off our tapes to the producers and headed to Little Rock to spend the night there.  As always, it was a blast to work with a fellow Go To Team crew and I can’t wait to do it again.  You can catch this segment during “GEICO Best of College Basketball” at 1 P.M. ET, April 6, on CBS Sports. 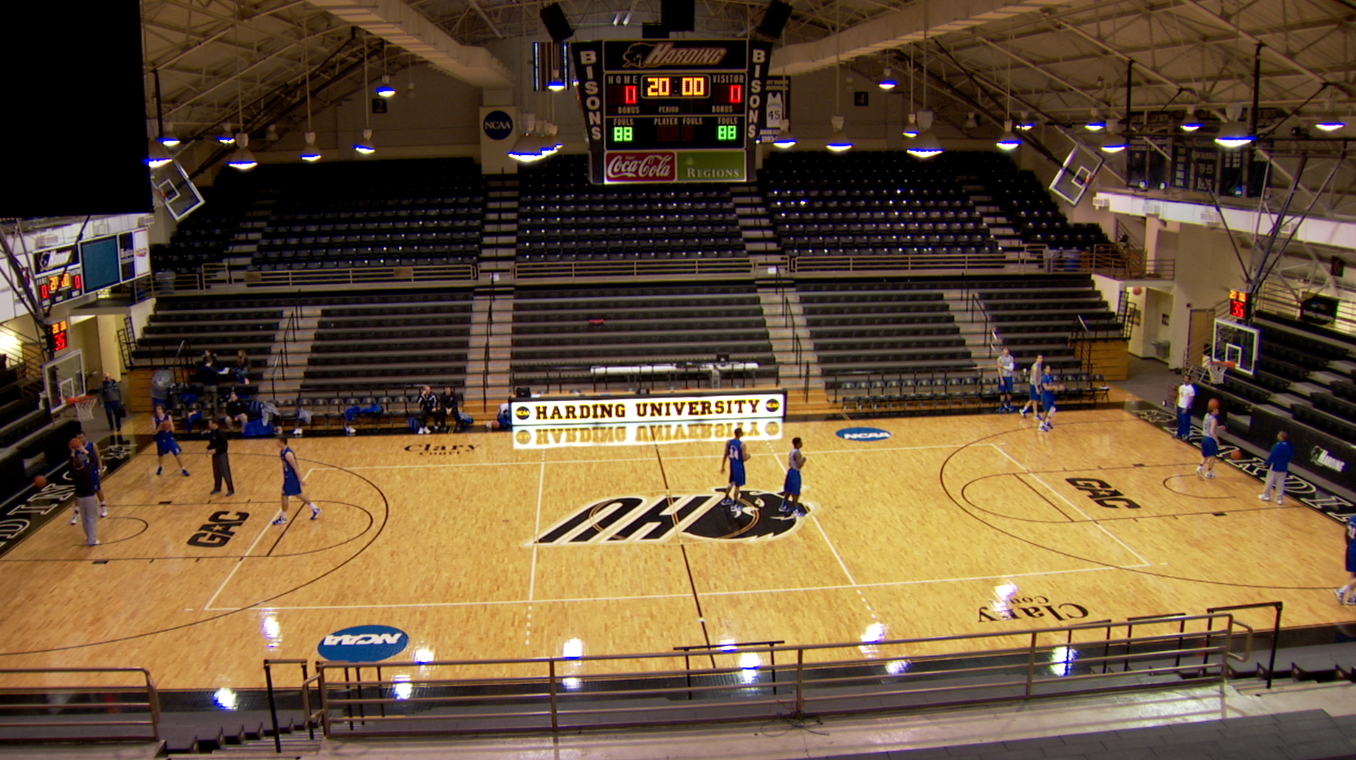