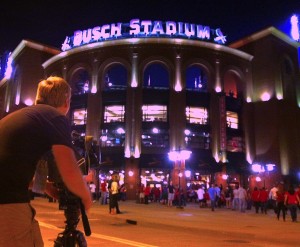 Go To Team’s Nashville Crew is shooting baseball’s National League Championship Series in St. Louis, MO. The shoot entails green screen interviews with key players, post-game locker room interviews, and scenics of not only legions of loyal fans but also of  the “Gateway to the West” itself. The Cardinals took Game One in a hard-fought 13 innings, and the opportunity for the Dodgers to claim a victory for their own looms as Game 2 begins Saturday afternoon.

It is an amazing opportunity in one of America’s most vibrant baseball towns, and it is being captured on the Panasonic HDX900 camera for Turner Broadcasting. 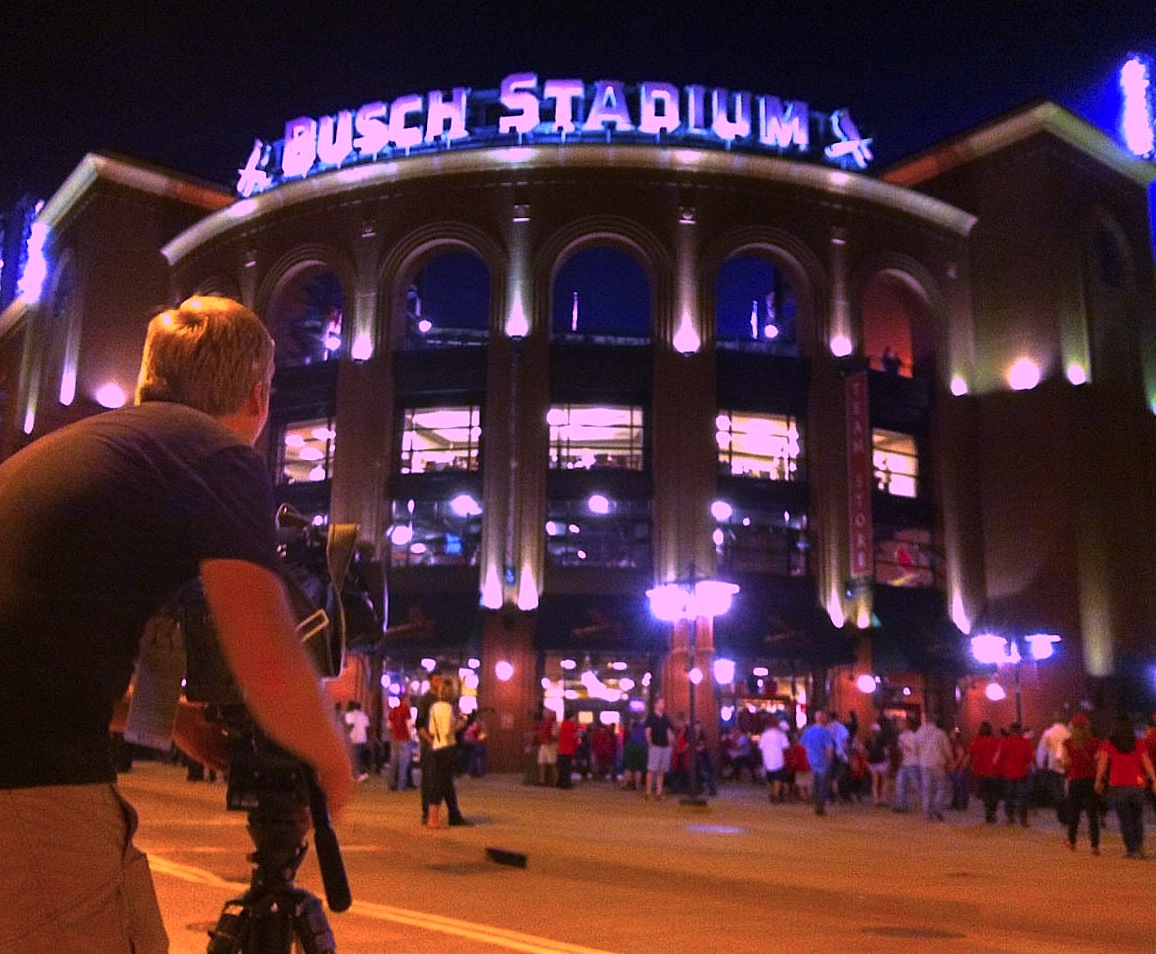