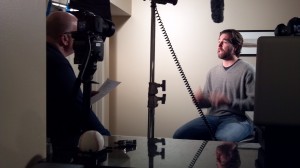 Nashville DP Craig Goodale shot content for “The Next Knuckler”. The focus was on R.A. Dickey, an MLB pitcher known for his knuckleball, a skill he learned from famed Red Sox “knuckler” Tim Wakefield. It was recorded on a pair of Canon 5D Mk III cameras.