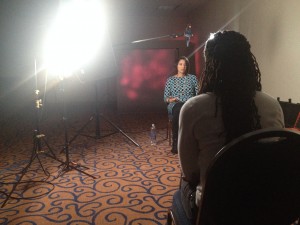 Unsung in Atlanta with Montell Jordan

A lot of what I’ve shot for Unsung happened before my time, but this particular episode sparked my interest.  The shoot was with Montell Jordan, the man who sang the 90’s hit, “This is How We Do It”.  He has since retired from the music game and become a worship leader at a local church, but we got to spend some time talking to him and his family about their lives.

For the first day, we went to the mega-church where he and his family attend and participate musically (who would have guessed?).  He was actually giving a sermon that day (which was very good), so we shot some snippets of that.  Afterwards, we headed back to their house for some Sunday football, burgers, and game night with the family.  We were welcomed with open arms and were able to get some really good footage of family life, which put a human face on someone who, prior to this, I only knew for that song. While there, they fed us too.  This guy makes a killer burger stuffed with fetta cheese.  I tried to eat 2, but failed… too much deliciousness all at once.

The next day we set up some interviews in our room that we always go to when shooting in ATL.  We interviewed the entire family and his mother.  We got some really good pieces of details into their lives and choices they had made.  After nearly 2 boxes of tapes, we called it a day.  I really enjoyed the time we spent with the Jordans, just good people and a great family!

Giving a sermon at church. 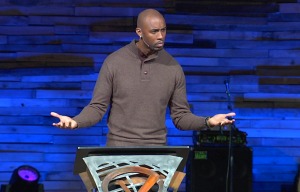 “Hat or no hat? I think it makes me look cool” 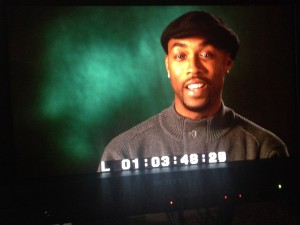