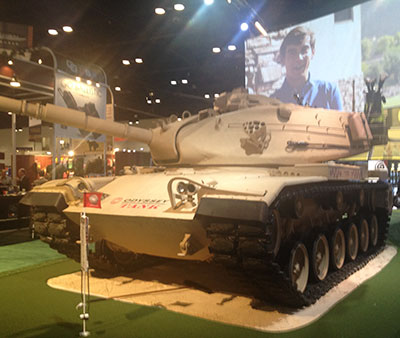 Atlanta and Charleston Clubbing it up at PGA

Dave and I teamed up and hit Orlando for the PGA’s annual merchandise show.  We got down there with our PGA.com crew and hit the floor.  We shot everything from clubs, new clothes and training aids.  We started our first day outside.  The day was beautiful and everyone who attended actually got to try clubs from every manufacturer.  This was cool because the testee could take a full swing and watch the ball fly.  We did a ton of stand-ups and grabbed a bunch of b-roll.  I was pretty pumped to be in Florida at that time too; Atlanta was super cold with temps hovering somewhere in the teens.

The rest of the week we were in the convention center.  There were so so many booths set up that I was completely overwhelmed with golf things.  I’m pretty sure by the end of the week my brain was fried.  Anyway, we hit tons of the booths, made a ridiculous amount of web content and shot 4-5 features a day.  There were some pretty cool booths, one even had a tank for some reason (I love tanks but I didn’t see the golf connection).  Some people also had some great golf inventions.  We shot a feature on a crew who made a sort of “golf cart surfboard” where you strapped in your bags and rolled around the course.  That video can be found here: Surf the Earth with GolfBoard: A Golf Cart Revolution

After rocking it here for a week, our shoulders were tired, but the quest had been completed! 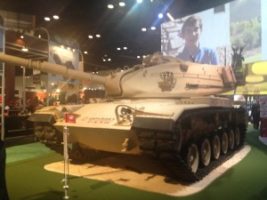 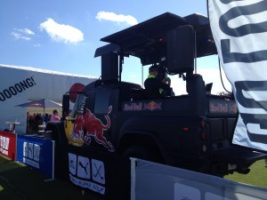 The outside portion of the show. 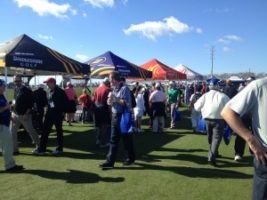