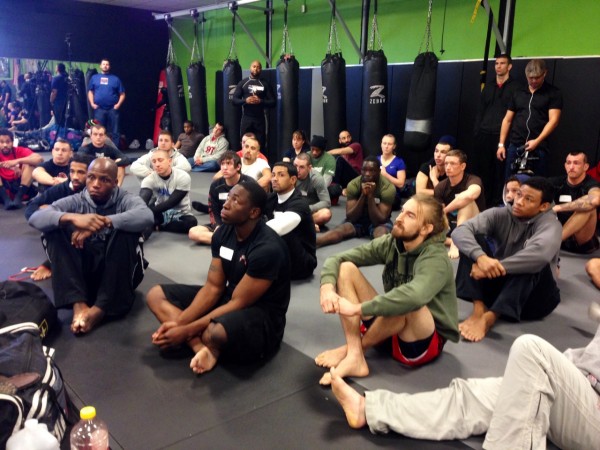 What happens when 100 aspiring XFC fighters from all over the world compete for a single  5 fight National contract? Well, Apprentice Juan Lopez and I met up at Charleston MMA to find out.

The first order of business was a sit down interview with the XFC President and MMA Promoter, John Prsico. He explained the tryout process and how it’s used to find the undiscovered talent in MMA.

After the interview it was time to start shooting B-roll of the introductions and the cardio/conditioning drills. 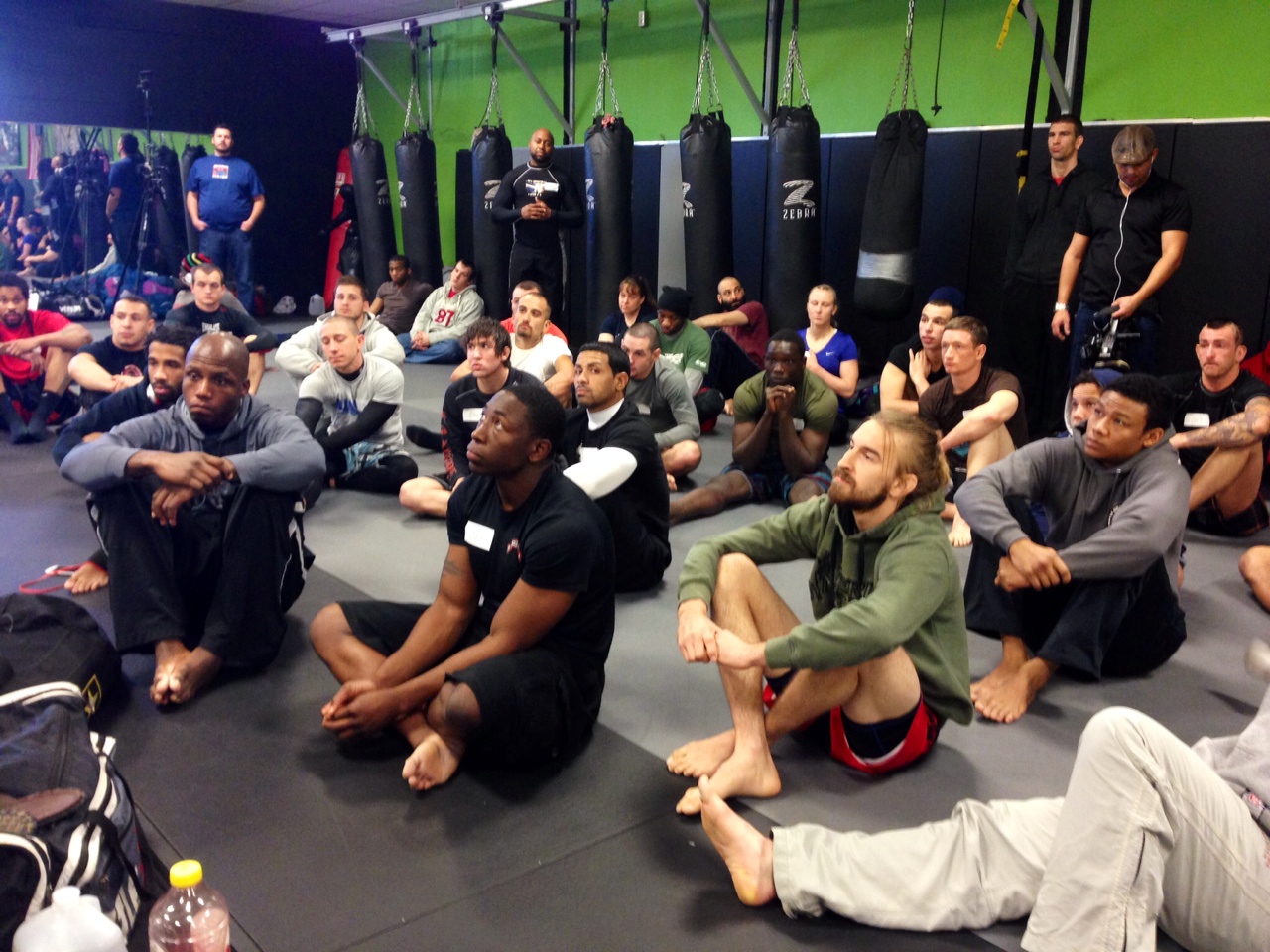 Each drill was pretty intense (puke buckets at the ready) and designed to wear each fighter down for the long day ahead. Each fighter was to do the max amount of reps possible in 2 minutes at each of the 4 stations with a 10 second break in between each station. Basically if you could not make it though the cardio, your odds of appealing to the promoters were not good. 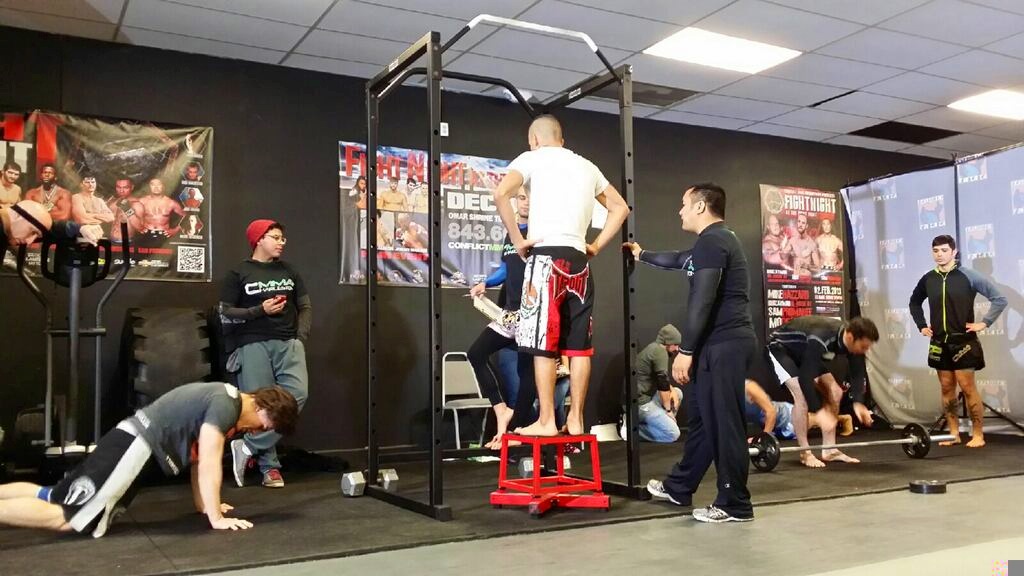 Contestants moving through the circuit.

After a long day of shooting cardio, fighting drills and sparring,  “the list” had been cut from 100 to 16. These 16 finalists were set to compete in the octagon where only one of them would walk with the 5 fight contract to compete on National TV. It was an action packed shoot day with lots to cover. Be sure to tune into Inside MMA to find out what it takes to be a champion. 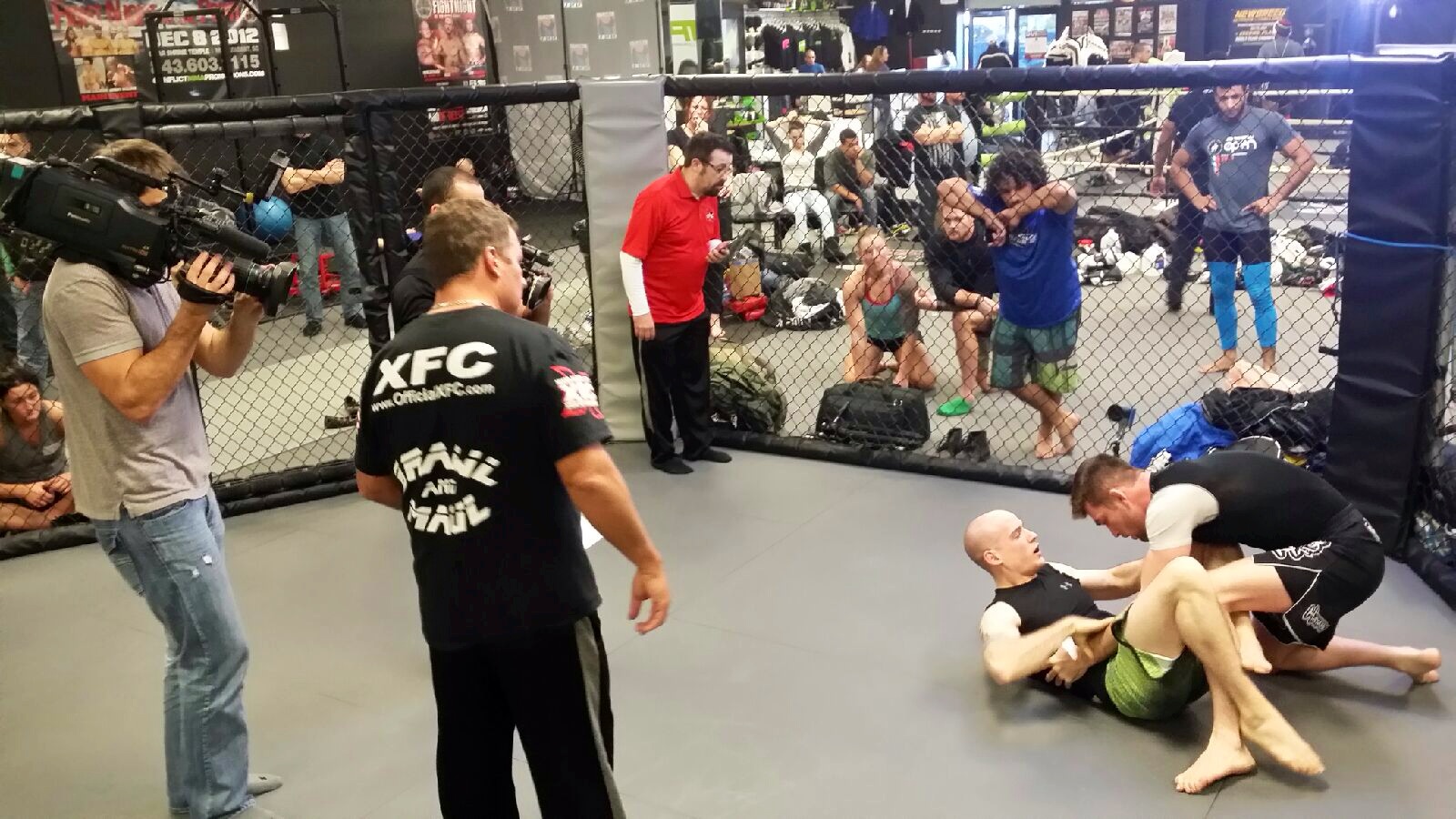 Grappling in the octagon.