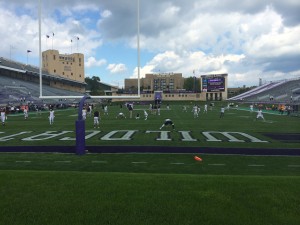 College Football has finally arrived in 2014, and with that means plenty of travel for the B1G Ten Network and others for us at Go To Team. Since Chicago is centrally located in the heart of Big Ten country I have been getting the opportunity to travel to some of the schools in order to shoot the marching bands performing on the field. 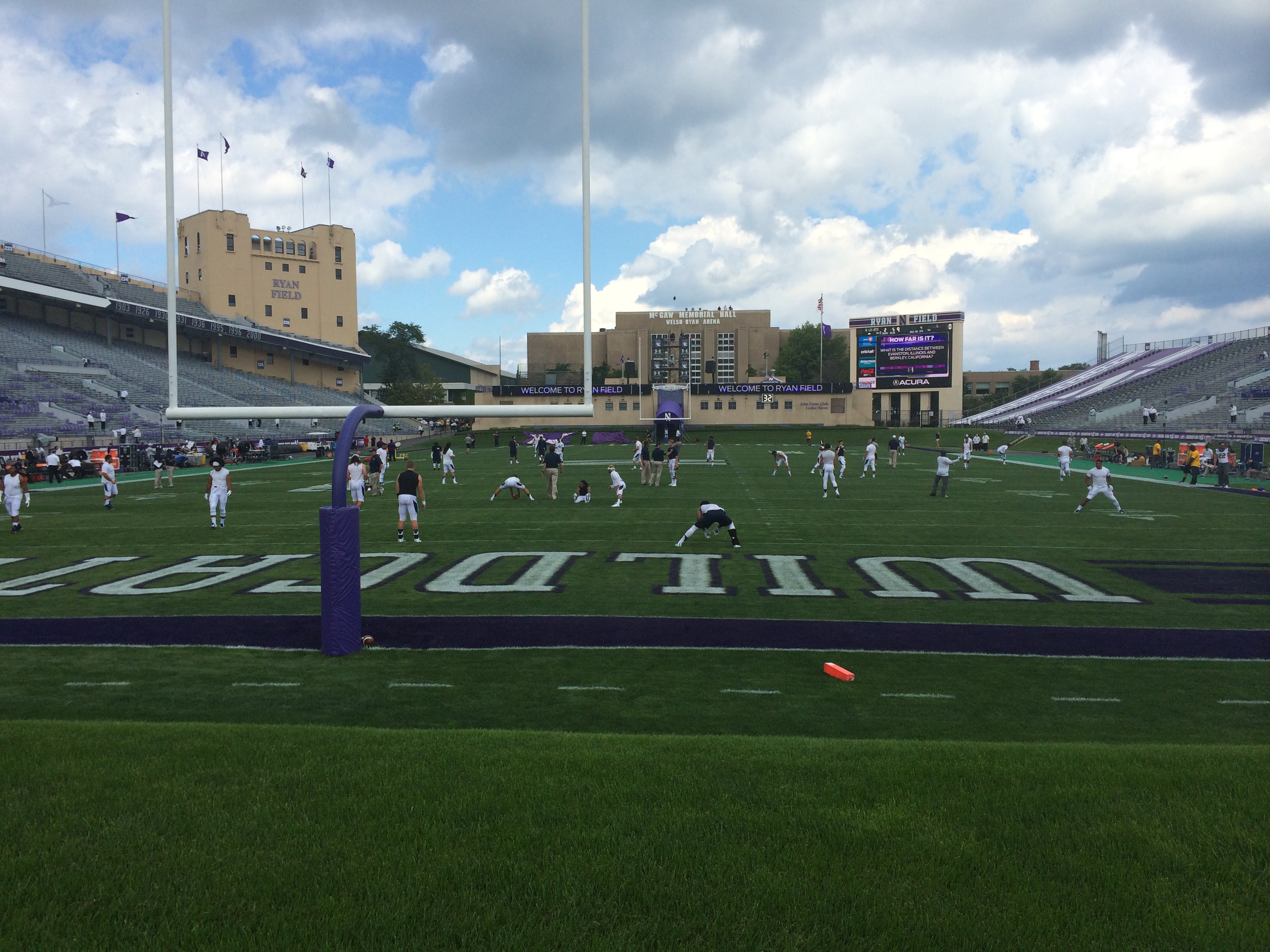 My first stop this year was at Northwestern University. Right in my backyard in Chicago, it was an easy commute up to Evanston to Northwestern’s campus for their home-opener against Cal. Once there we checked out the Northwestern Marching Band during rehearsal to get an idea of what their performance would look like. We planned out the shots we needed to get on the field and then headed down to the field to prep our cameras. While we were waiting for the game to start I managed to pop off a couple nice time lapses from the field as well using the extra 5D I brought with me. 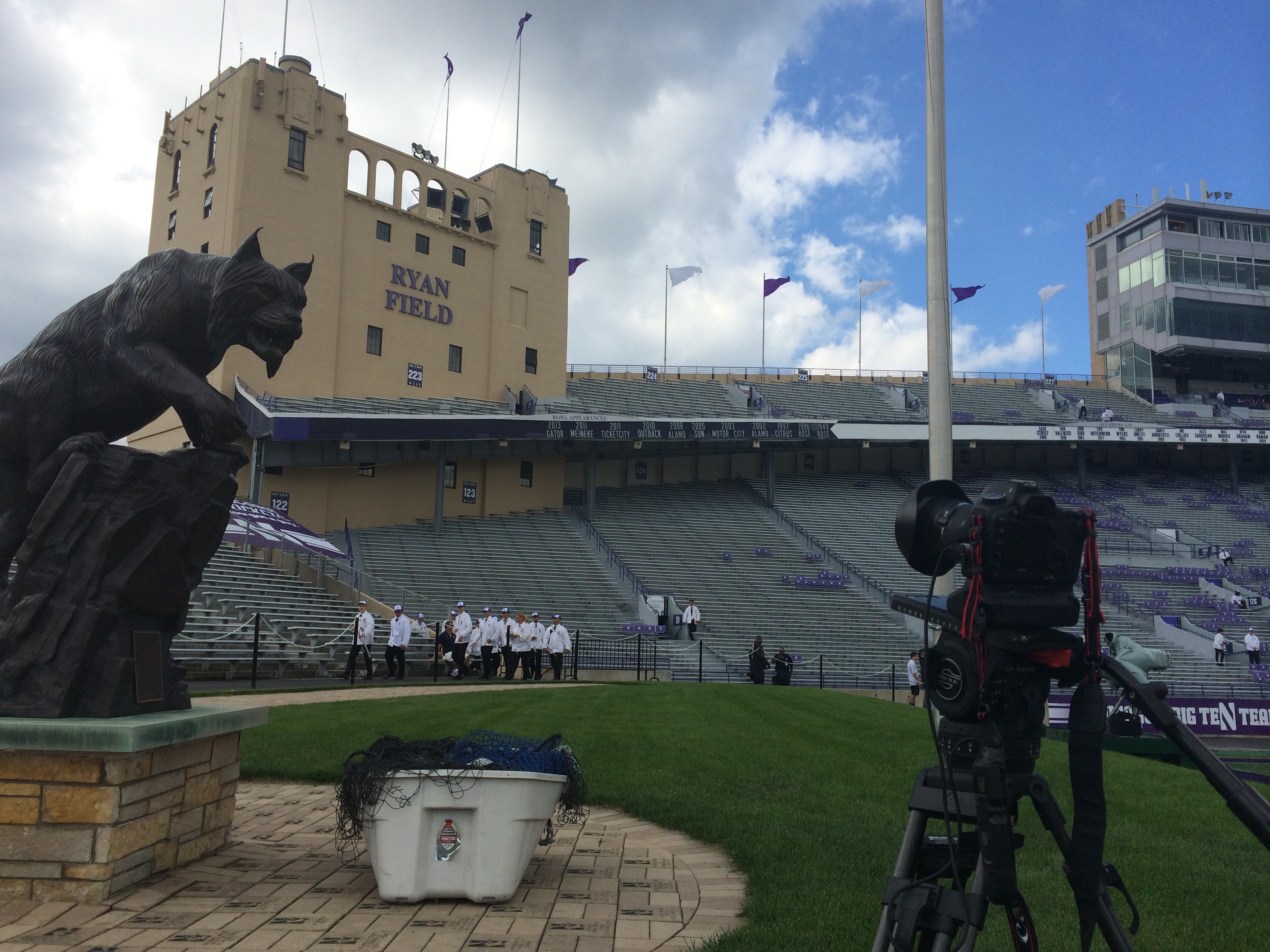 At 2:15 sharp the band took the field and we went to work. I shot on the Canon C300 with L Series glass and spent the majority of my time with a long lens in order to get in nice and tight on the action. Everything happened pretty quick and it was a challenge to avoid the band as they circled all around me, but overall it was a success and we went home with some great footage! 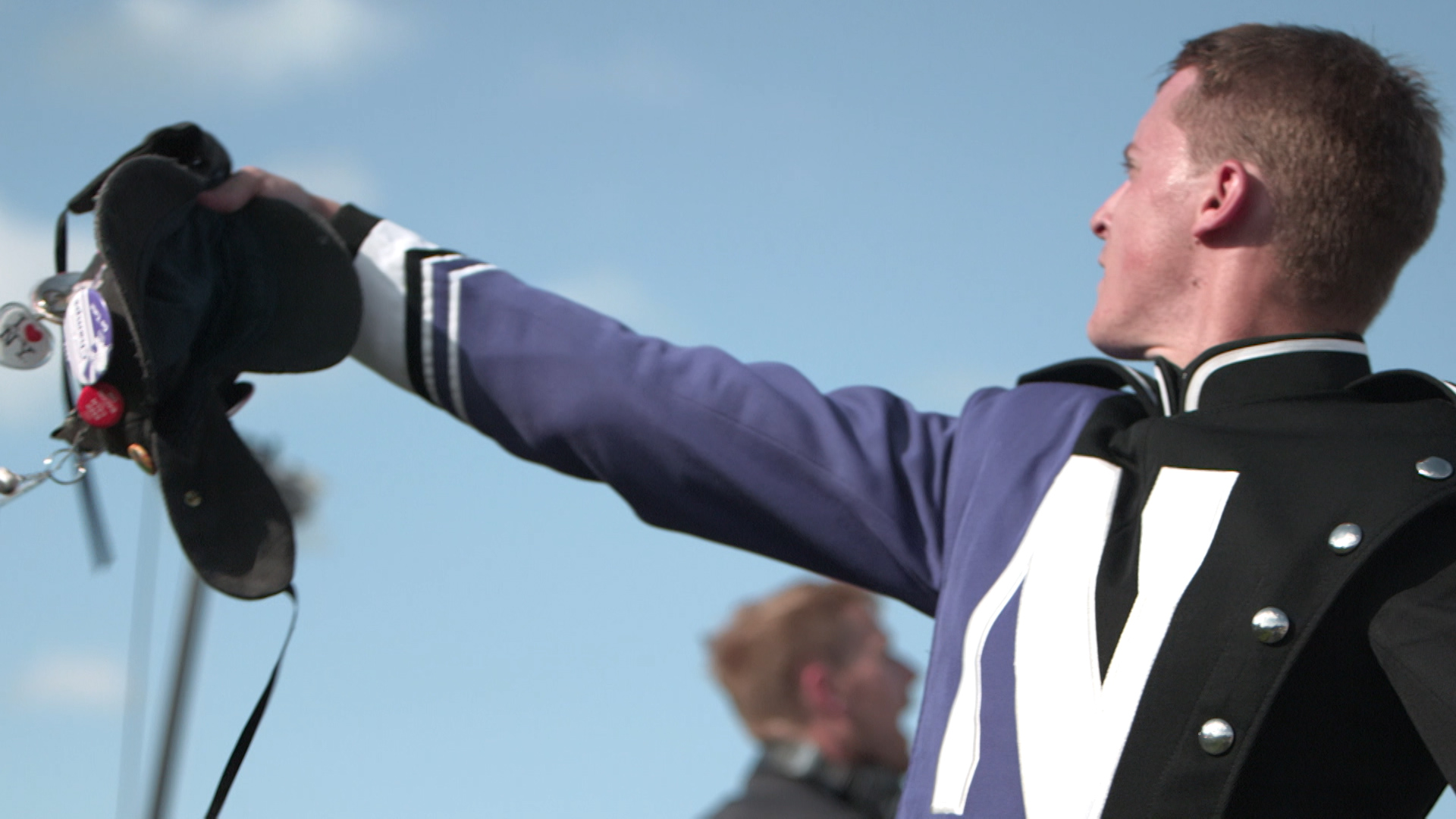