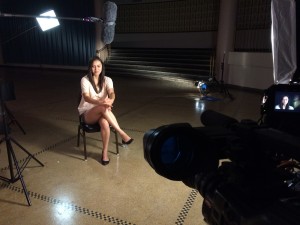 As I continue my tour of the midwest, traveling for Go To Team Chicago, my next stop was Detroit, Michigan. Our client, TH Entertainment needed me to shoot some interviews for a piece they are doing about violinist Lindsey Stirling airing on Ovation TV. Lindsey was having a concert that night at the Masonic Temple in Detroit and we wanted to talk to some of the members of her tour. The shoot began at around 2:00 so I left Chicago first thing in the morning and made the 4 1/2 hour trip to Detroit. 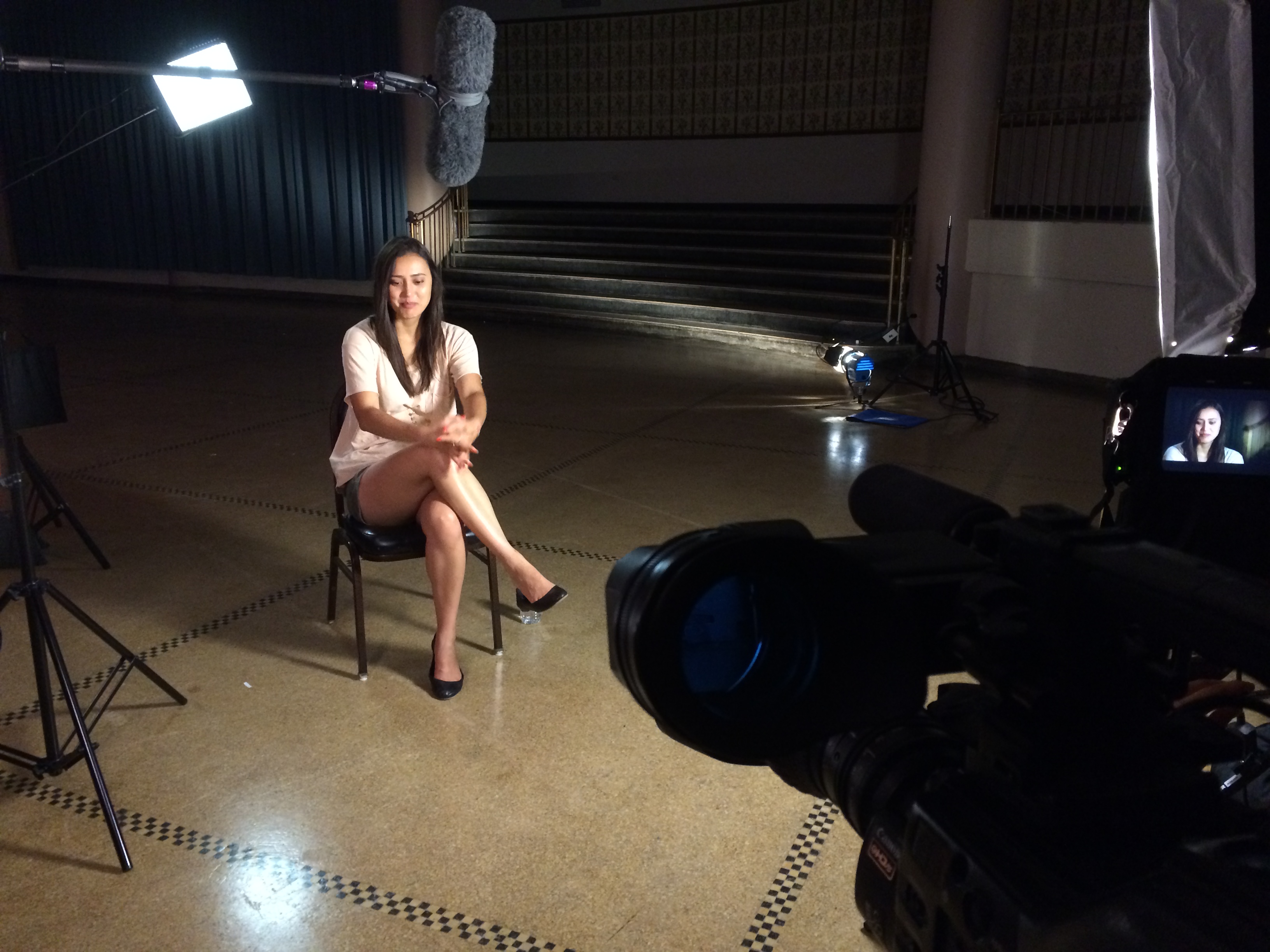 We were in a large ballroom underneath the performance hall, and with the XDCAM F-800 I was able to get plenty of depth with such a large space. I set up two Kino Divas and a LitePanel as a backlight. I used an Arri 650 to throw some light on the background and get some cool textures and shadows from the curtains and staircase. We had two interviews, the first with Dia Frampton, a former contestant on NBC’s The Voice and the opening performer for Lindsey’s tour. Next we interviewed Lindsey’s tour manager. After that we were wrapped. We loaded the footage onto a hard drive, broke down our setup and I headed back down I-94 to Chicago!

By the way, if you have never heard of Lindsey Stirling, she plays an interesting blend of classical and electric violin accompanied by some pretty intense dubstep beats. Here is one of her songs and pretty incredible music video. Check her out!