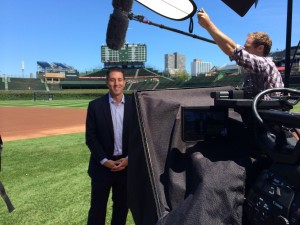 Since moving to Chicago for Go To Team, everyone has been asking me if I’ve been to Wrigley yet. Now I can say that not only have I been, but I’ve been on the field and inside the dugouts of the hallowed baseball sanctuary! 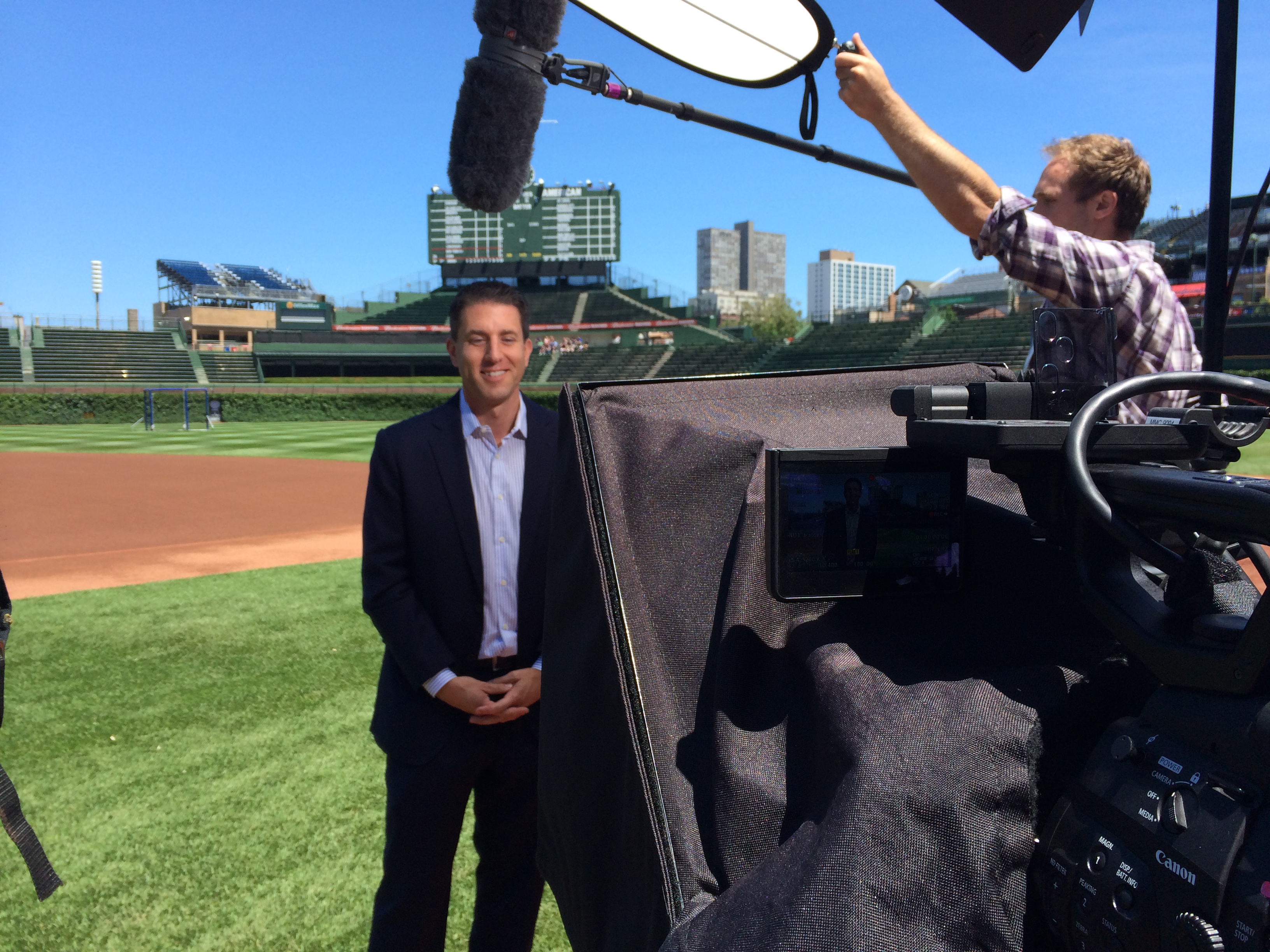 We arrived at the stadium early and started to load gear in. It was immediately apparent that the 100-year-old stadium was not built to accommodate television crews as we had to go up and down several staircases just to get out onto the field. Once on the field I set up my C300 and an HMI as a key since we were shooting in broad daylight. 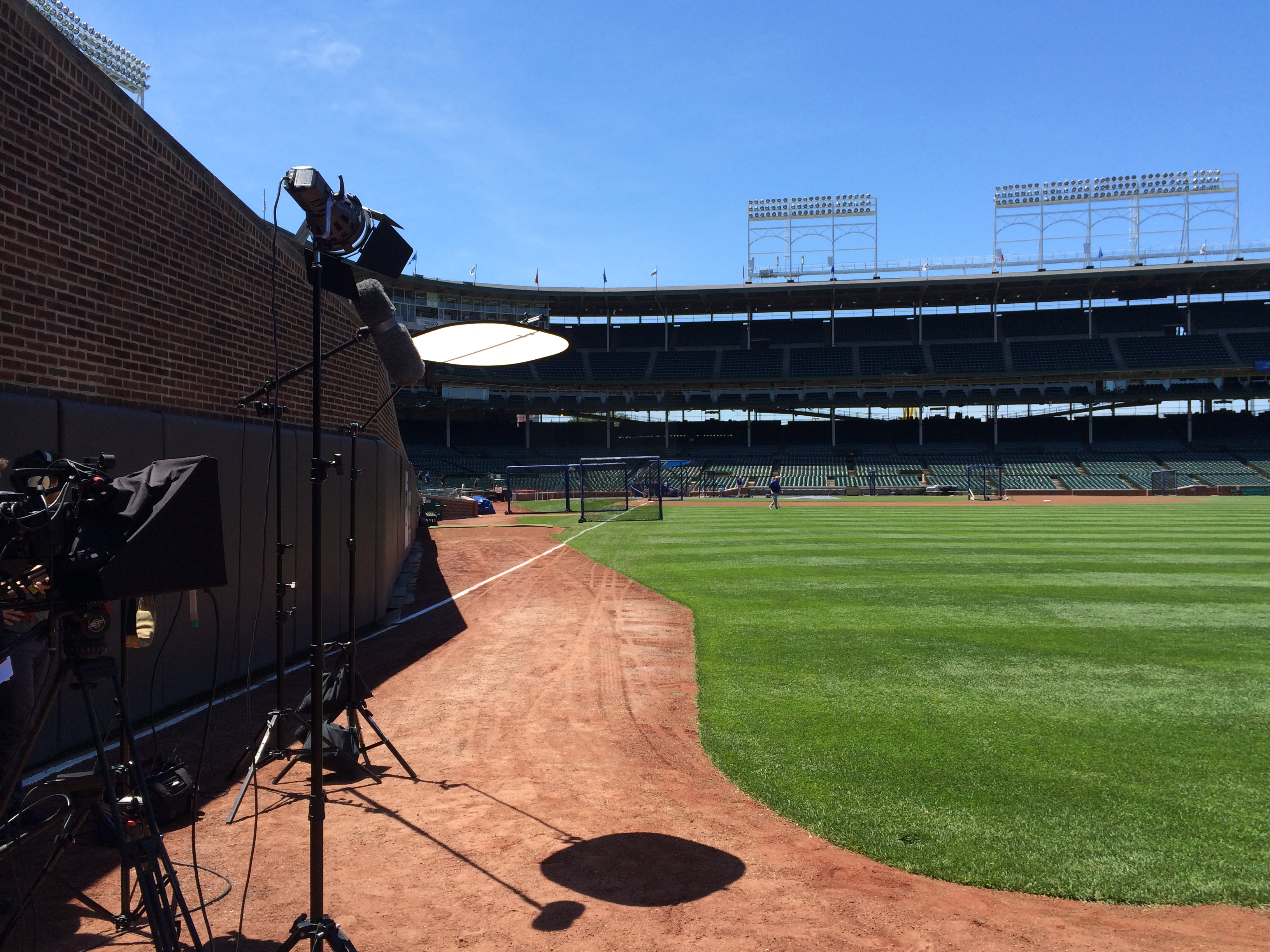 We had seven stand ups to finish in just over 2 hours so we had to hustle from the first base line, to the outfield, and up in to the stands to create the different looks we needed. To make matters worse, the visiting Mets started batting practice while we were shooting in the outfield! It was a fast-paced, exciting, and at times nerve-racking shoot, but all went according to plan.  At the end of the day I got to tell everyone about my first time at Wrigley, they were pretty jealous! 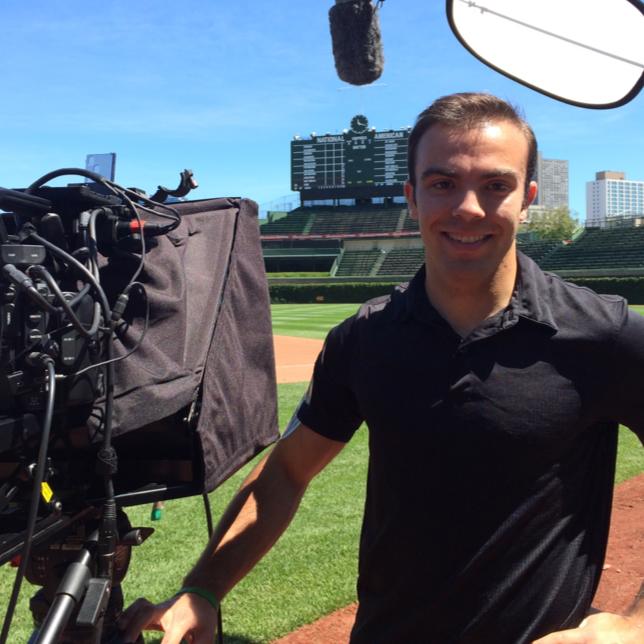