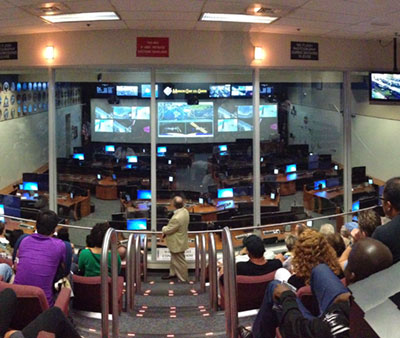 Shooting this piece was a blast! We got a free lesson in rocket science as spelling bee genius Syamantak Payra guided us on a tour of Space Center Houston. First we visited Mission Control where NASA monitors our current trips to Mars and dates back to our first trip to the moon. It’s only open to the public on the weekends. Aren’t we lucky:)

Next we were off to the breathtaking Saturn V Rocket, which played a major role in transporting and landing American astronauts on the moon. Here I am in front of 5 F1 rocket engines. The size of these things is breathtaking to say the least. 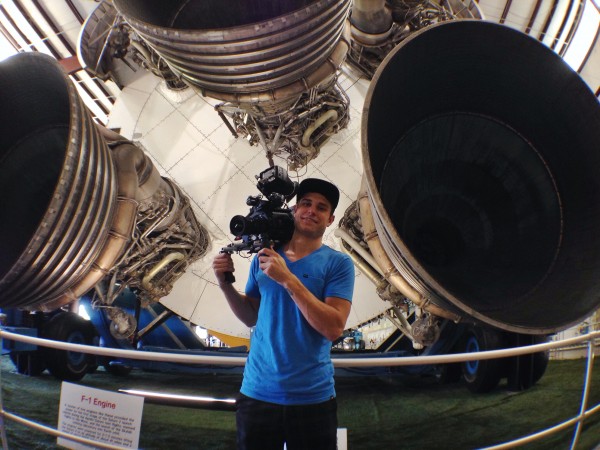 For our interview, I set up in Syamantak’s trophy room using my Sony F3 and a Canon 5D Mark II, both set up using Canon L-Series lenses. By using the Canon standard scene profile on my F3, the 5D will match seamlessly in the edit room. Man, that’s a lot of trophies for a 13 year old! Keep up the hard work Syamantak. 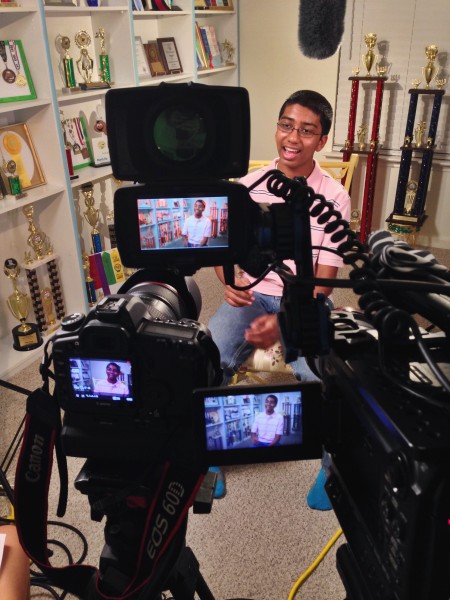