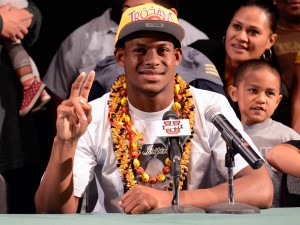 I recently had the chance to shoot a live shot for ESPNU for Signing Day in Long Beach, California. Signing Day is the day that all high school football prospects must decide where they’re going to play college football. It’s an exciting time for players and fans alike, and I was glad to be on the scene for Ju Ju Smith’s decision.

Our live hit was at 4:00 EST and 1:00 on the West coast. I set up my HDX900 on sticks and framed up a nice shot that included Ju Ju and his family. We set our ESPNU mic on the table, gave him an IFB so he could hear the ESPN anchor, and we were good to go! He had a tough decision to make between Notre Dame, UCLA, USC, and Oregon. When he was live on the air he announced his decision to attend USC and the crowd went wild! After a couple of interview questions from the ESPN anchor we signed off, packed up, and headed home. It was an exciting day of firsts for both myself, working my first ever live shot, and for Ju Ju making his first-of many-appearances on ESPN! 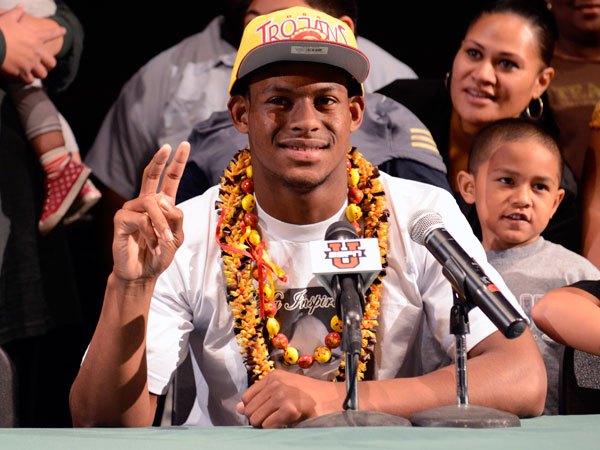