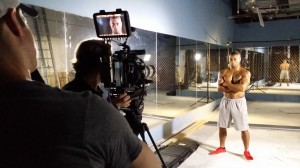 I recently had the opportunity to work on the latest UFC Countdown show in Delray, Florida!  It was just a short 8hr drive down I-95 to get to our destination.  Go To Team was there to cover interviews with fighters, coaches and staff that not only work in the mixed martial arts field but are truly an integral part of what makes with sport the one of the fastest growing fan bases in recent years compared to other sports.  Upon our arrival we got started on B-Roll.  Shooting elements such as punching bags, sparring gloves, and fighters shadow boxing, throw in some awesome slider shots and you have the recipe for a great looking dynamic program.  We set up two Kobold 400 watt HMI lights one opposite  end of the practice mat.  One of the HMI lights was also situated near the octagon which made it simple, panning the light from the practice mat to the cage.  The camera of choice for that shoot was the Sony F-55.  We switched back and forth to various lens lengths to accommodate for space and to achieve  the depth of field that we desired in order to produce some lovely images that gave it a film look that had you feeling like you were watching a movie with two titans clashing with blood, sweat and tears! 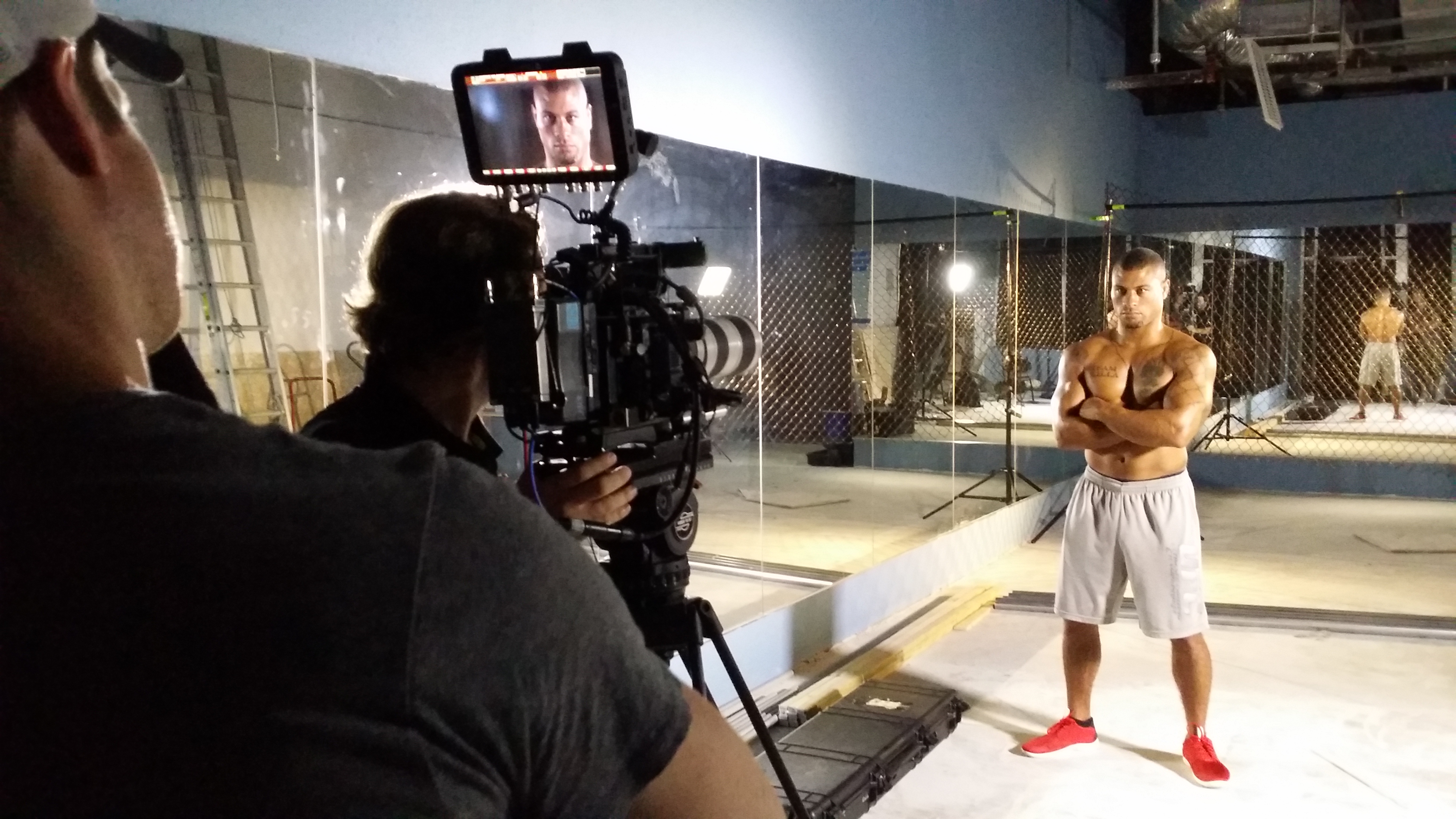 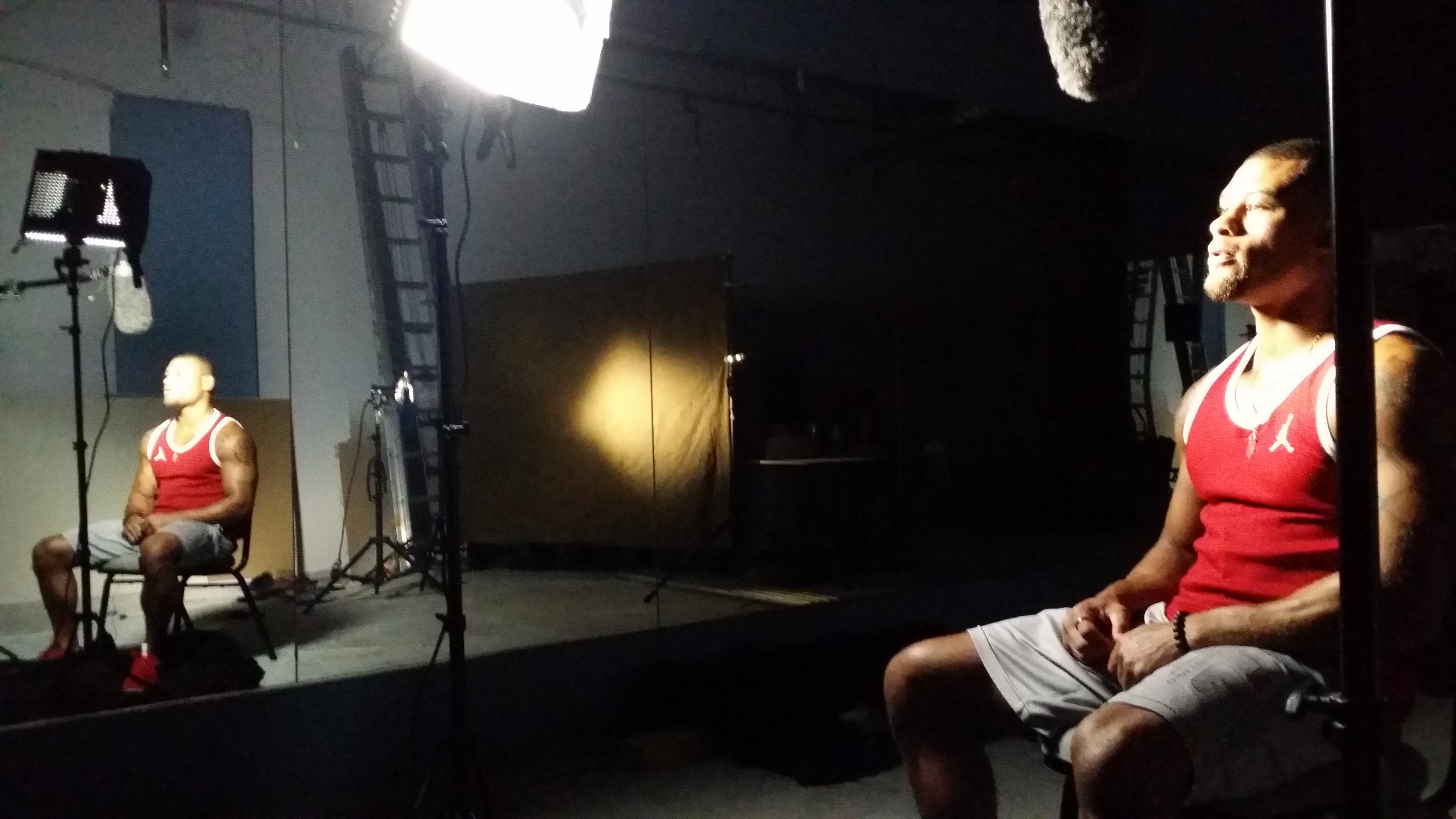