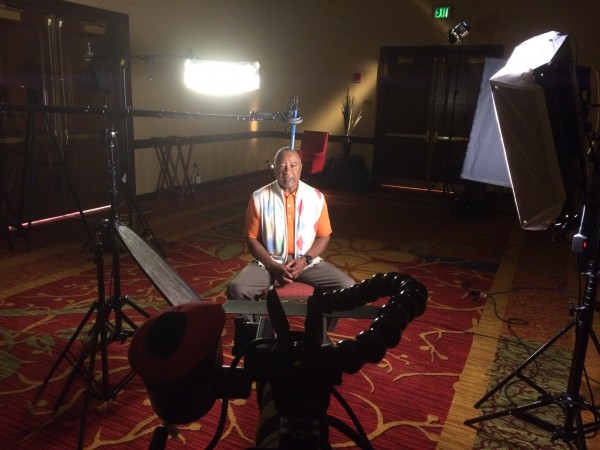 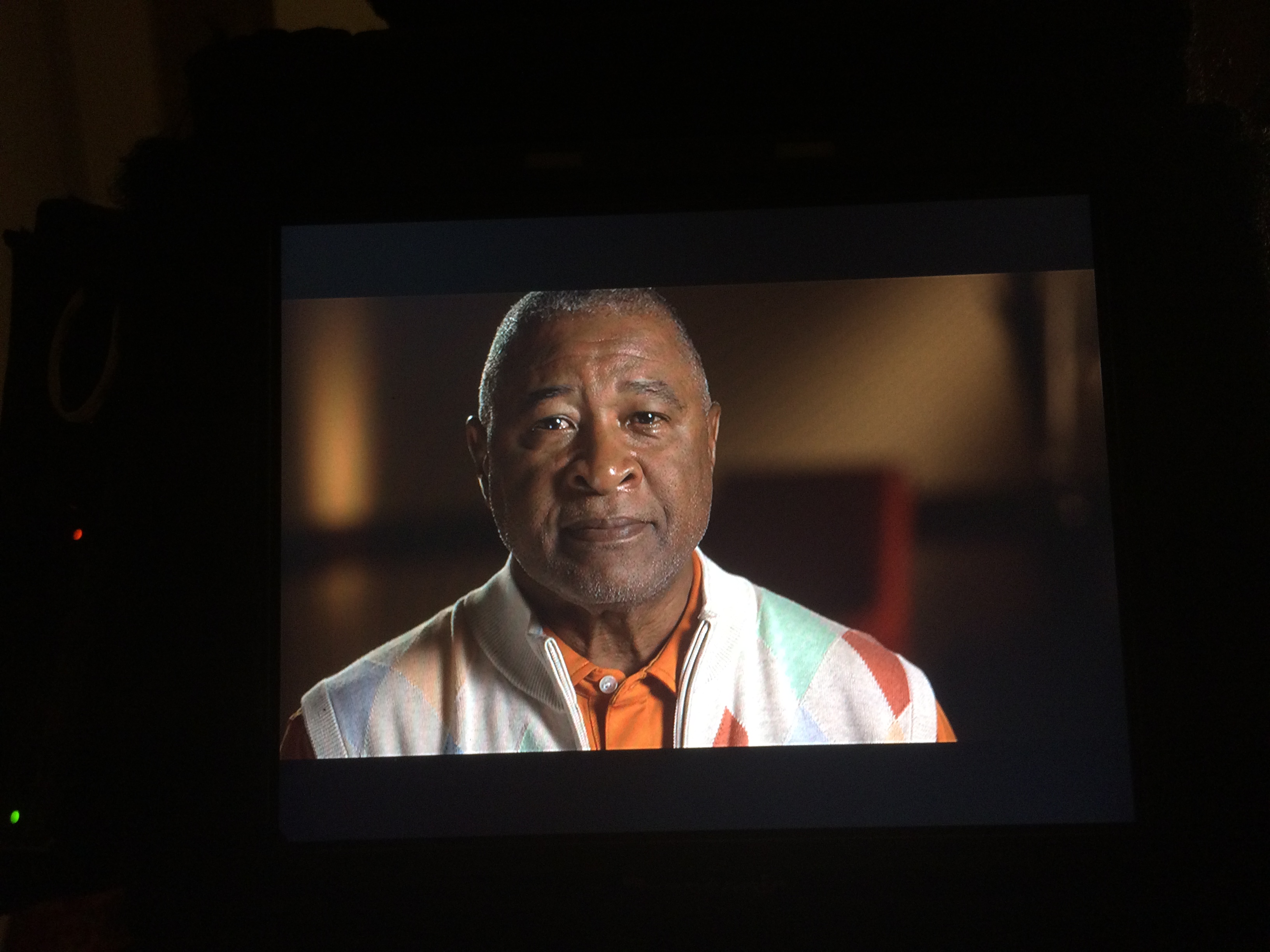 The series was won by the Royals in seven games despite the Cardinals leading the series early on with three games to one.

Our Chicago crew headed to St. Louis and shot an interview with Cardinals Hall of Fame shortstop, Ozzie Smith, who played in the 1985 World Series.

Smith arrived around 9:00 A.M. and the shoot started shortly after. He answered questions about his experience in the 1985 World Series and the call that he believes cost him from achieving another ring.

The 1985 World Series is actually best known for that call made by first base umpire, Don Denkinger, which likely cost the Cardinals the Series. 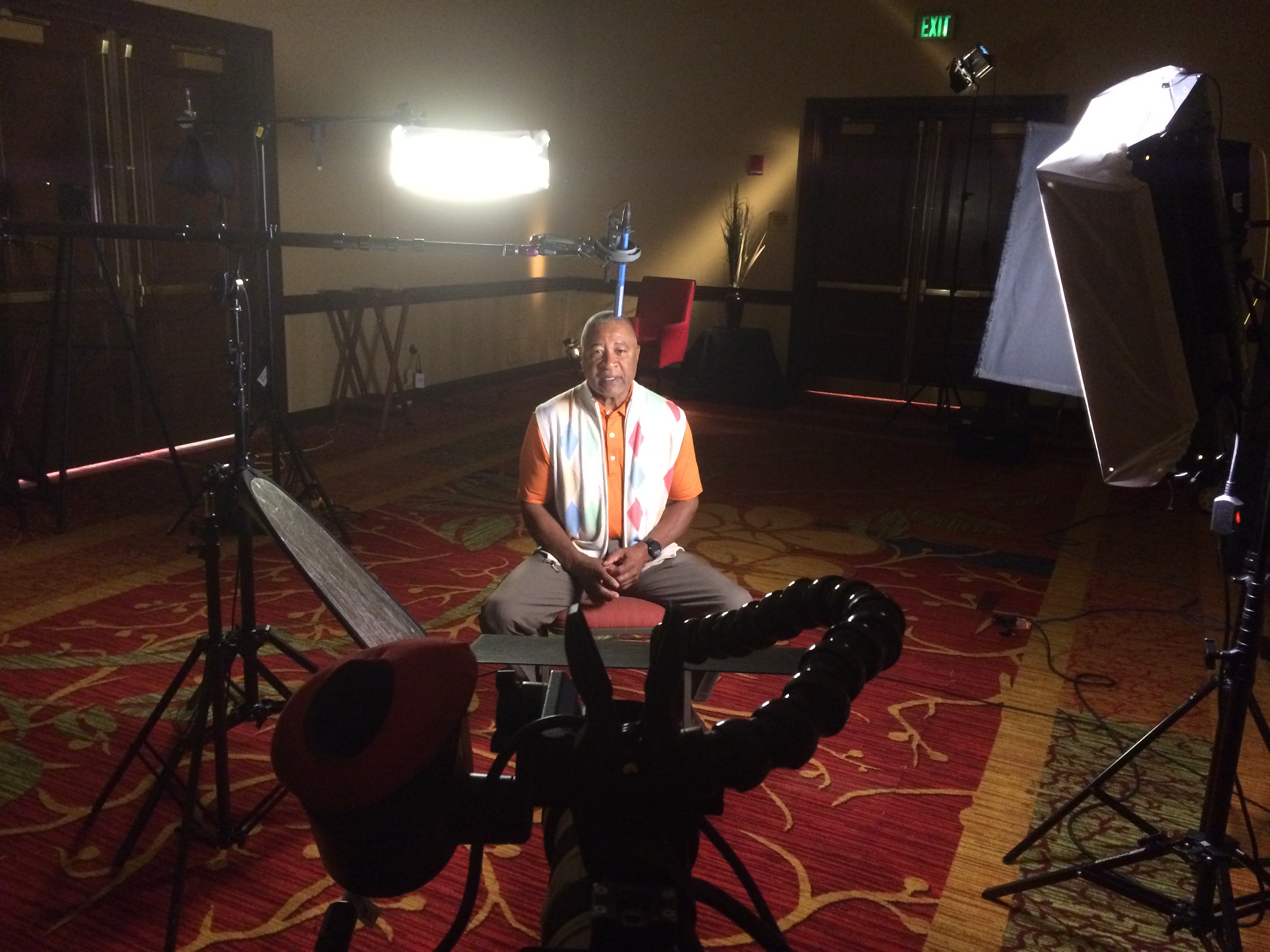 The shoot was in a hotel conference room so our crew got creative and used a fake plant and a bright red chair to spruce up the background elements. Their goal was to create a very soft background and use the chair as a splash of color.

They shot on the Sony F55 with L Series glass.  The lighting used on the chair and the plant was a tungsten 650, and a 150 was used to light the other side of the wall. Lighting on Smith was with a Diva 400 and 200.