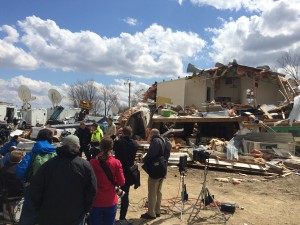 If you’ve been paying attention to the news recently you probably noticed that Illinois had some extreme weather last week. In Chicago, we experienced heavy rain, hail and strong winds while one rural Illinois town had an EF4 rated tornado.

The tornado touched down in Fairdale, Illnois and ripped through the town causing incredible amounts of damage. However, the tornado only lasted twenty minutes, but in that short amount of time it cleared out the entire town with everythings in its path. 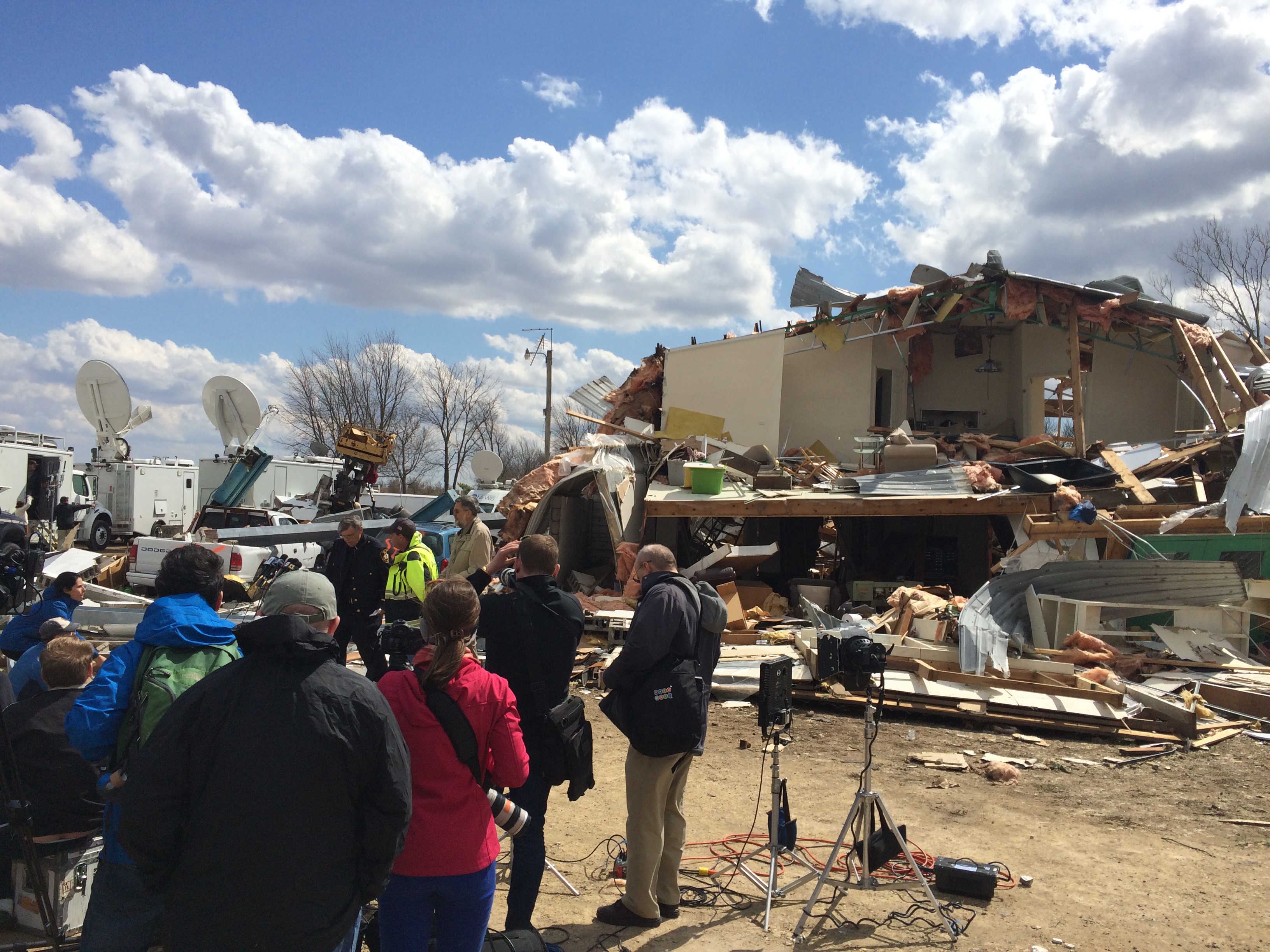 I was called in to help The Weather Channel report the aftermath of this horrific natural disaster. I drove about 90 miles west of Chicago where the tornado hit hardest with my HDX900 in tow. Once I arrived we met up with meteorologist Dave Malkoff and was on the hunt to find some stories that were worth telling. We gathered some stories from one family who stayed in their basement for the entire tornado while another family returned from out of town to find their home in shambles. 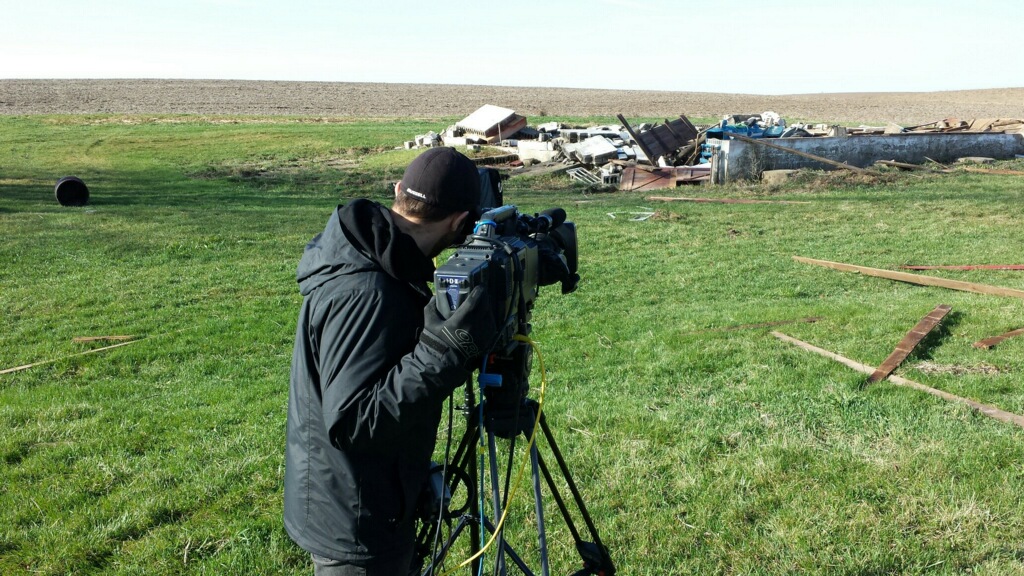 The following morning, we were up to report live from the scene and introduce the package we had put together the previous afternoon. We interviewed a member of the First Response team and a member of the Duracell disaster response team. Right before the live report we found the family’s pet cat wandering around. It was an eventful 24 hours for us but I enjoyed being able to share the stories of those effected by this disaster. 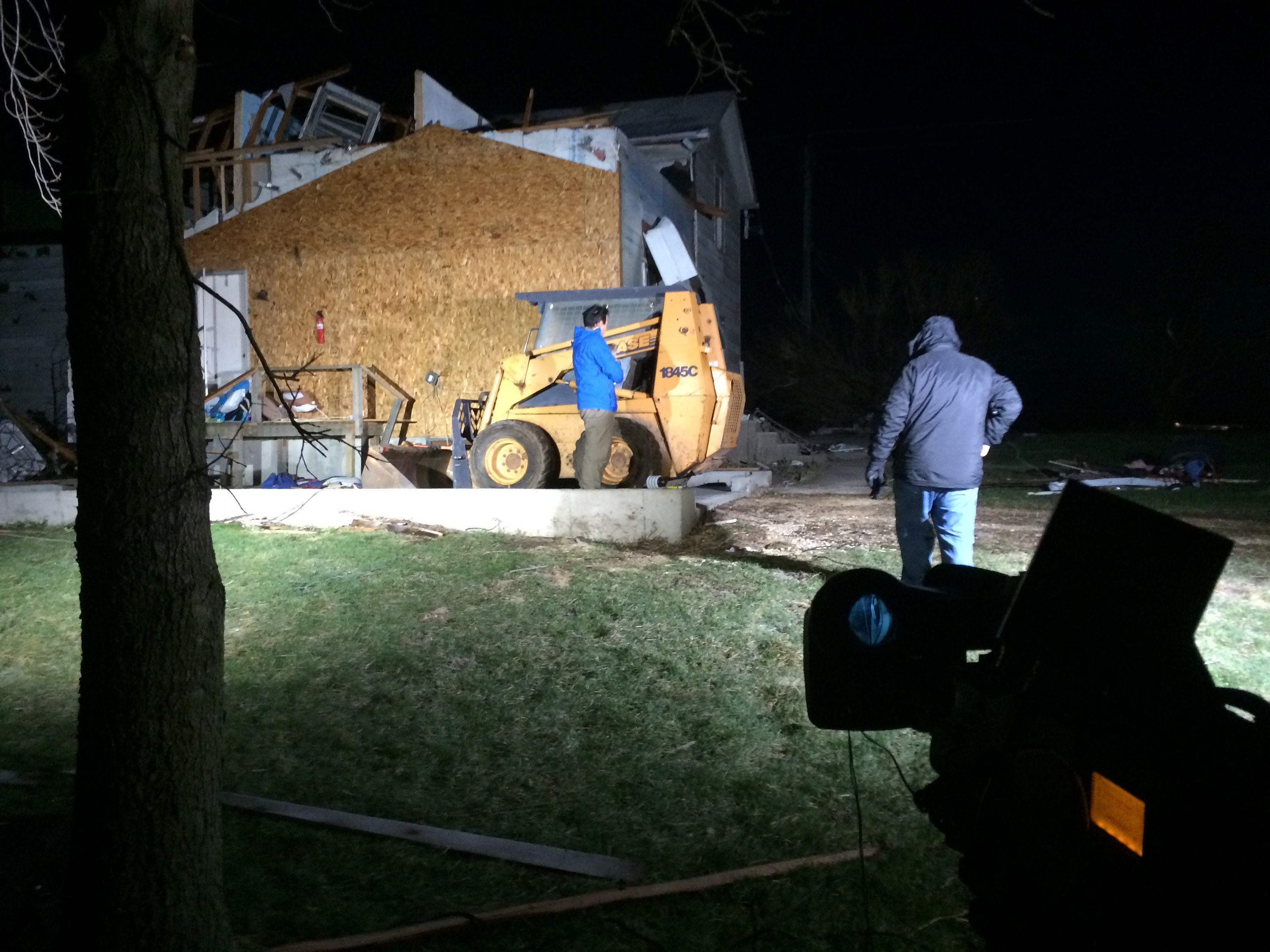 If you want to know more, you can check out our piece here at this link: