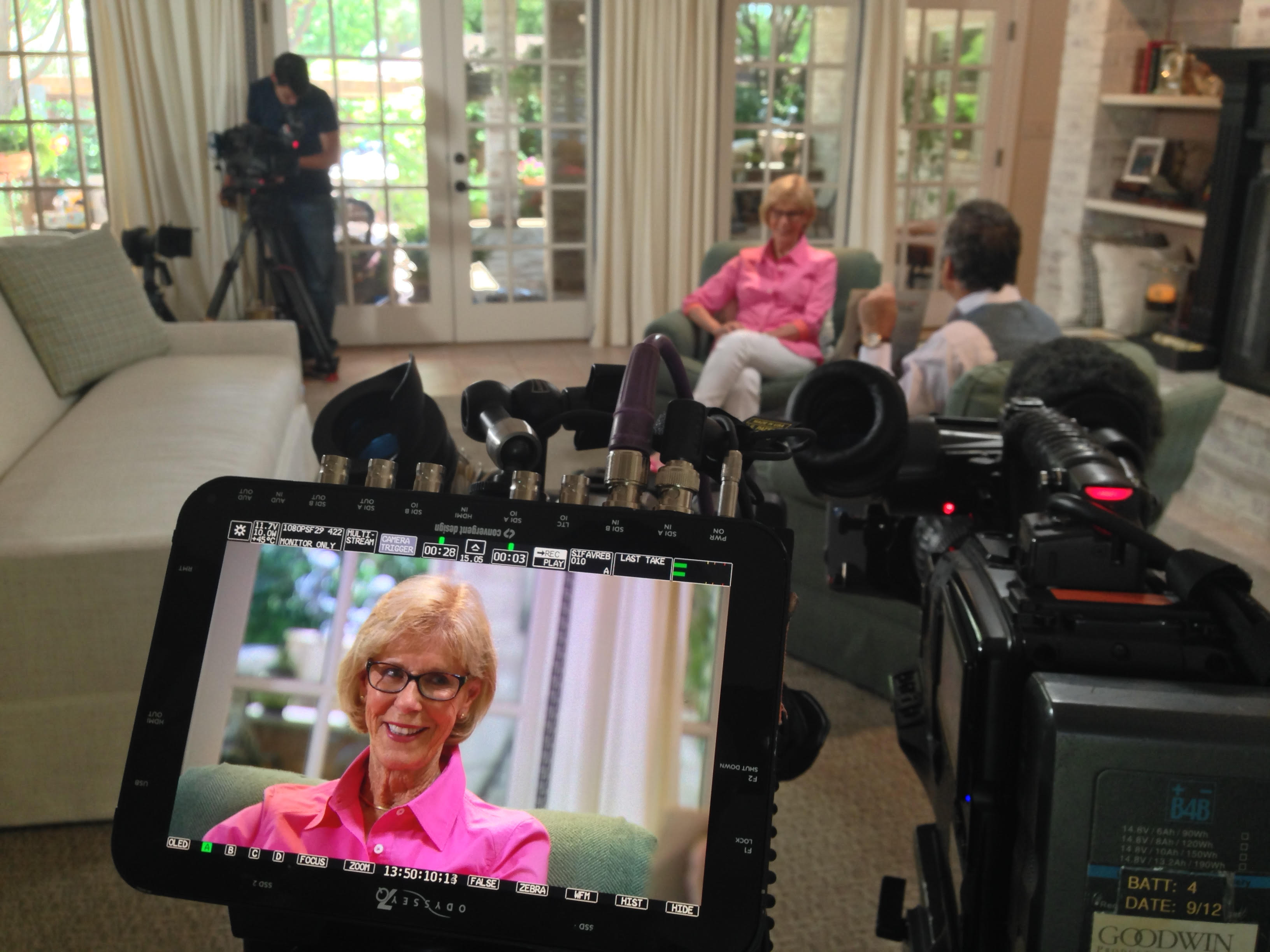 Dallas and Houston Camera Crews Have Fun with Feherty

Shooting with the Golf Channel is always an experience. I’ve been on a few Feherty shoots in the past, and this one was no different.
For this shoot, Joel and I were booked as second and third camera operators with the Golf Channel who were bringing in their own DP for the shoot.
On top of that, we were also working with a grip truck, which is basically a playground for lighting. There were a lot of resources to send out to Midland, TX where the shoot took place. For this episode of Feherty we shot in the home of world famous golfer and golf broadcaster Judy Rankin.
When shooting in someone’s home, it’s always good to use protection…floor protection that is. With all of our crew’s foot traffic we made sure to cover every surface so did not damage any furniture or carpets.
The basic breakdown of this shoot was pretty simple. Our DP worked with our grips and gaffer to rig up lighting for an interview set in Judy’s living room. This was to be the bulk of the content for the episode.
We shot on four Sony F800 XDCAMs, one of which was on a dolly that our DP was running. After we shot the interview portion, we moved on to shooting an opening and a closing segment for the show.
Not to give too much away about the opening, but it was hilarious to shoot. All I have to say is Judy gave Feherty a new look wink wink. The closing segment we shot a nice little scene of Judy teaching Feherty how to cook the Texas way.
Once we finished all of the scenes our producer called “Wrap!” And we began the process of breaking down our four cameras, dolly and abundance of lighting. Once we finished we hit the road and made our way back to Houston and Dallas.